Step right up folks! Come see the world-famous Eko and Iko! Found floating on wreckage near the coast of California these Ecuadorean white savages will ASTOUND you with their snow-pale skin and ASTONISH you with their great masses of golden ropy hair. We can only ask, folks – are they Ambassadors from Mars? 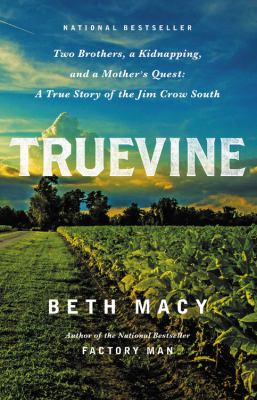 These “Ambassadors from Mars” were George and Will Muse, African-American brothers with albinism kidnapped (or sold, the research is murky) when they were young men and forced to perform as sideshow “freaks” with different circuses and carnivals. Variously exhibited as “Ethiopian Monkey Men,” “Sheep-headed Cannibals” and “Ambassadors from Mars,” the young brothers crisscrossed the country for years under the exploitative thumb of different managers. Cruelly told their mother was dead, the brothers were not allowed to return home nor were they paid a penny for their work.

After 13 long years of never knowing the welfare of her sons, Harriett Muse had had enough. When the Ringling Brothers Circus came to Roanoke, Virginia in 1927 Harriett heroically stood up to the circus, to the police and to lawyers and demanded that her boys return home. Astonishingly this poor, black maid marginalized her whole life in the Jim Crow South prevailed: lawyers negotiated and enforced new contracts for George and Will that enabled them to buy houses and be cared for in their retirement.

In Truevine, Beth Macy vividly portrays a bygone era of sideshows and ballyhoo, of racism and Jim Crow, of a mother’s heroic love for her children and the risk she took to bring them home.