Halloween’s right around the corner so naturally I’m filling my nights with tales of fright. It’s a perfect time to read that new or classic horror novel you’ve been saving for just this time of year. While you’re at it sign up for our Fall Reading Challenge and earn a prize at the end of October for completing three books!

I love to listen to music when I’m reading fiction. It becomes a kind of soundtrack to my mental movie. Of course it must be instrumental. No lyrics or singing to distract me from the written words. You could rely on the soundtracks of horror films. However, I’ve found a number of albums I love for reading horror books. Part of why I like them is they’re more ambient and varied than most soundtracks. Beyond that these albums don’t have those recognizable themes to take you out of the story. 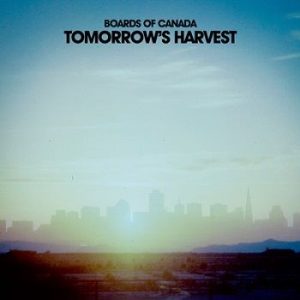 This most recent album comes not from Canada but from two secretive brothers in Scotland. Their name refers to Canada’s national public film and documentary agency. The bros are big film fans but never more clearly than this album that functions as a soundtrack for a non-existent movie.

In the first three songs there are audio references to Blade Runner and George A. Romero’s Day of the Dead. Like those films, the concept behind this lyric-free album is societal collapse after some environmental disaster. It’s filled with synthesizers and retro-electronics, but still sounds organic. By turns warmly nostalgic and chillingly austere, it’s not hard for these songs to paint pictures in your head of humans bonding together in a harsh environment. This is one of my most listened-to albums of the last decade. 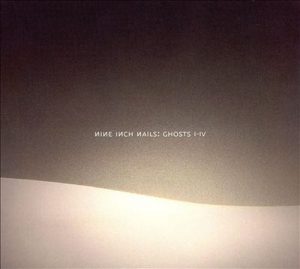 The biggest name in industrial rock is also incredibly prolific. So much so that they released this double-disc collection of instrumental fragments of song ideas. Despite missing Trent Reznor’s vocals, this has their signature haunting sound all over it. Lots of disparate instruments from dulcimers to banjos, marimbas to out-of-tune pianos, and plenty of crunchy guitar all fuse to create an uneasy but compelling atmosphere.

Sometimes soothing and sometimes abrasive, these “ghosts” of songs that never were are provocative but still ambient enough to read to. Here, Reznor created these instrumental soundscapes for the first time but it wouldn’t be the last. Eventually he became a regular composer of soundtracks for many Hollywood movies. In 2021 he won an Oscar for Best Original Score for Pixar’s Soul. 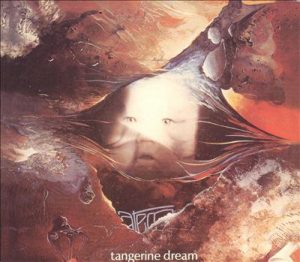 This group of German musicians were pioneers of electronic music. Much like Nine Inch Nails, they were prolific. Tangerine Dream also went on to be known for their film soundtracks almost as much as their album work. On this album, only their fourth release, the trio were still very ambient, experimental and conceptual.

Atem (German for breath) seems to vaguely be about the formation of life in the universe over eons. The title track bubbles and swells over 20 mins (an entire side of the vinyl record), bringing to mind the cosmos, primordial soup and seismic prehistoric events. The rest of the tracks are equally evocative with squawking keyboards, strange swirling synths and simulated string orchestras. Their previous album Zeit (German for time) makes a great companion piece and is available on Hoopla!

These and many more creepy albums can be found on CD and digitally. We even have collection of Halloween CDs in our holiday music, right alongside our Christmas music. I hope listening to these can make your seasonal reading of Stephen King and Poe just a little bit scarier. Happy Halloween!