In these April new releases characters are coping with life’s unexpected events in unique and inspiring ways. These novels explore the impact that everything from heartbreak, war, hospitalizations and even the supernatural can have on your heart and mind.

1. The Girl He Used to Know by Tracey Garvis Graves 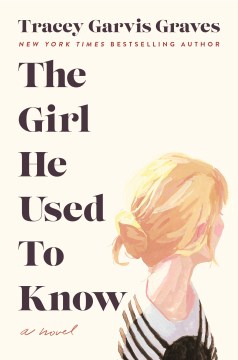 A feel-good, emotional love story about an unusual couple separated by tragedy and brought back together by chance. Perfect for fans of Jojo Moyes, Gail Honeyman and Jill Santopolo.

Annika Rose, the shy, introverted English major and Jonathan Hoffman meet at chess club and fall in love. As their relationship progresses, they stick by each other through everything until tragedy splits them apart for good. Ten years later and they run into each other in Chicago. Annika is living out her dream of being a librarian and Jonathan is a wall street success. Can they heal the 10-year-old wounds or will they end up in the same boat? 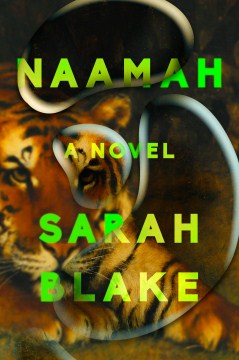 This novel tells the story of a courageous and resilient woman. From the perspective of Noah’s wife Naamah, this is a lively new version of the story of Noah’s Ark. With her family she  embarks on the journey of a lifetime. Naamah’s faith wavers as she grapples with the challenges of being at sea with a plethora of disgruntled animals. She must stay strong for her sons and their wives who need her. Naamah grows troubled by dreams and questions while trying to survive. She is soon tempted by a seductive angel under the sea. Curious about a new and dangerous world, Naamah’s fate becomes unclear.

“A dreamy and transgressive feminist retelling of the Great Flood from the perspective of Noah’s wife as she wrestles with the mysterious metaphysics of womanhood at the end of the world.” –O, The Oprah Magazine

3. The Book of Dreams by Nina George 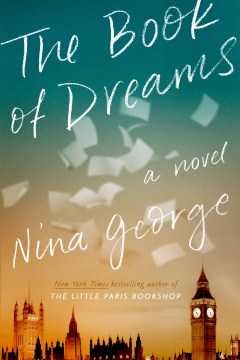 Henri Skinner is a former war reporter trying to escape his past. He gets hit by a car on his way to see his son Sam, a very smart 13 year old. In a coma Henri is entranced in a dream-like state where he experiences nostalgic dreams and waves of trauma. Sam meets Eddie Tomlin, a woman who is in love with his father, and Madelyn Zeidler, a 12-year-old patient at the hospital. These four very different characters quickly become a part of each other’s world as they face the obstacles in their lives.

“An effective exploration of connections that transcend physical boundaries…a poignant story about longing, nostalgia, and the pain of missed opportunities.”—Kirkus Reviews 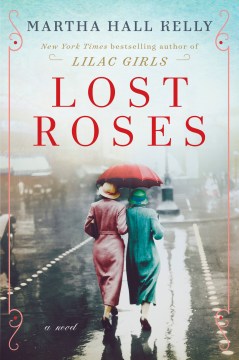 “How Caroline Ferriday, the real-life character featured in Kelly’s Lilac Girls, was inspired to become an advocate for Polish refugees who survived WWII comes to light in this lively, well-researched prequel in which she appears as a child. Here the story focuses on her mother, Eliza, who set an example for her daughter by being a champion for Russian nobility brutalized during WWI. Just as the author focused on three strong women surviving a war in her previous novel, she does the same here: in addition to Eliza, there is her aristocrat friend Sofya Streshnayva (cousin to the tsar) and a Russian peasant girl, Varinka. The author follows the trajectory of their lives from 1914 through WWI and then the Russian Revolution and its aftermath with page-tuning brio.

“Interweaving three story lines (Varinka ends up working for the Streshnayva household) where all three are emotionally and physically put to the test, the author depicts Eliza’s upper-class life in America and how, despite personal loss, she throws herself into helping Russian emigres; Sofya’s tragic circumstances when a rowdy, dangerous mob takes over the family’s country home; and Varinka’s struggles as a peasant girl at the mercy of a man who is both abusive and protective toward her. Some story lines strain credibility (coincidences and melodramatic cliffhangers abound) or are questionable (the prurient element involved with Varinka’s protector/abuser falls flat). Nevertheless, Kelly memorably portrays three indomitable women who triumph over hardships and successfully brings a complex and turbulent time in history to life.” –Publishers Weekly

Lost Roses is not only a brilliant historical tale, but a love song to all the ways our friendships carry us through the worst of times.”—Lisa Wingate, New York Times bestselling author of Before We Were Yours 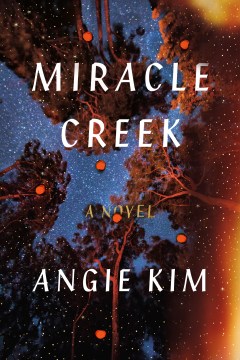 Young and Pak Yoo live in rural Virginia and run the Miracle Submarine. Patients enter the submarine, a pressurized oxygen chamber, in hopes of curing various medical issues like autism and infertility. The submarine mysteriously explodes killing two people. The murder trial that follows reveals secrets in Yoo’s small community. The explosion could have been intentional or an accident. Either way, the Yoo’s are suspects with a motive. They needed money to pay for their daughter’s college education, but there’s also a patient’s mother who lied about her whereabouts on the day of the explosion. The trial will cause rivalries and uncover all kinds of dark clues that won’t go away.

“Engrossing . . . Miracle Creek turns a courtroom murder trial into a page-turning exploration of parenting, experimental therapies, and the emotional toil of immigration.” ―Elle