Hawaii – the Paradise of the Pacific – was a tantalizing jewel in the golden age of aviation. Pioneering aviators dreamed of flying nonstop from the mainland to the islands, a grueling journey of 2,400 miles and more than 24 hours. To entice flyers to Hawaii, and not incidentally give his own company some publicity, the Pineapple King himself, James Dole, offered a $25,000 prize to the first flyer to land in Oahu. This nonstop race across the Pacific would take place on August 16, 1927, mere months after “Lucky Lindy’s” famous solo flight across the Atlantic. 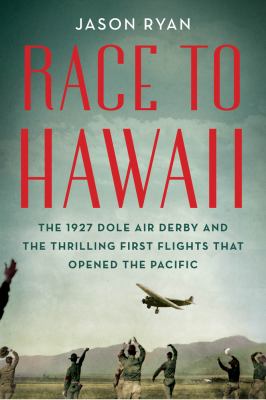 As Jason Ryan explains in Race to Hawaii: The 1927 Dole Air Derby and the Thrilling First Flights That Opened the Pacific, the winner of the Dole Derby would not be the first person to fly nonstop from the mainland. That honor belonged to a well-prepared and experienced Army Air Corps pilot and navigator who landed The Bird of Paradise on Oahu almost two months earlier. Nevertheless, the Dole “birds,” as the journalists called them, would be accomplishing a dangerous and thrilling feat. The Hawaii Hop was no picnic. It required nerves of steel from the pilots and navigators as they battled poor visibility, malfunctioning equipment, sleepiness, limited fuel supplies and above all the chilling knowledge that Hawaii was a very easy target to miss in the vast Pacific.

Yet eight intrepid teams taxied down an Oakland, California, runway on that sunny August day. Among them was a barnstormer from Kansas, a Hollywood stunt flyer, a young school teacher (“The Flying Schoolma’am” – this was apparently the golden age of nicknames, too) and a handful of others willing to risk it all for adventure and fame. Ahead lay glory, honor and the cash prize, but defeat could mean a lonely death under the crashing Pacific waves. At exactly noon, down went the checkered flag, the starter gun fired and the race to Hawaii was on!