Do you ever wonder how a movie gets made? How about that new show you’ve been bingeing? Or even just your favorite YouTuber or Facebook video comedian? Regardless of how big or small a video is, the same basic steps are used in creating all visual media. Think of it as the scientific method for movie-making. Unless a video’s truly just someone pushing record on their phone and then posting it, they probably went through these stages. 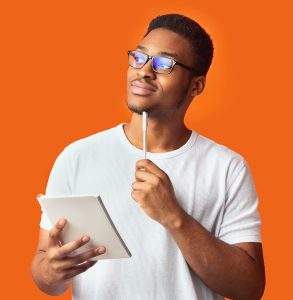 First you need an idea. Actually, a lot of ideas. Perhaps most important question is what are you trying to do or say with your content? Why make it and put it out into the world? What’s unique about it from anything else that already exists? These questions will help you hone in on the concept.

How many actors or people are needed to pull this off, both behind and in front of the camera? Will it take much money? Think about any variables that could change before the final product. Try to think of how you want this presented to the world. Is it going to be free online or something people pay to see?

Pre-production is where you get your plan in place before you start shooting. Almost every video needs a script, though these can vary wildly depending on if it’s a movie or a technology review. In addition to the script for what people in the video will say, write out what your shots are going to be, or storyboard. A storyboard is a graphic representation of each shot, which can even be drawn with stick figures. This eliminates much of the guesswork once you’re on set and ready to roll.

Furthermore, a shooting schedule is highly useful for longer shoots. This helps reduce extra people hanging around who aren’t needed. (Trust me, everyone wants to help with a movie until it comes to the heavy lifting.) It also helps everyone know exactly what scenes need to get done per day. Setting those expectations helps set the pace. You also need to cast everyone if you have multiple roles to fill.

One page of script equates to one minute of screen time.

It’s a well-known fact in filmmaking that one page of script = one minute on the screen. This is why most screenplays you’ll find run 90 – 120 pages. Makes things easy! 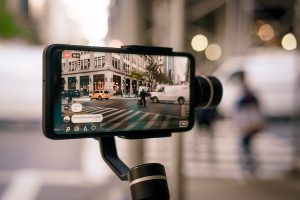 Now comes the fun part. Or the highly stressful part… or both! Start filming. No matter how big time or indie your video, two things are important to making good footage. It’s the most basic elements of video: lights and sound. What separates your favorite YouTubers from Joe Schmo? They probably have a great microphone and nice lights behind the camera. Luckily, these things have become cheaper than ever. Basic LED ring-lights are a great accessory for any online content creator or streamer.

As far as cameras, the smartphone in your pocket is probably better than the camcorders I started off using. My main tip for good looking footage is just set the camera down. People like to hand-hold the camera to follow the action closely. But putting your camera on a tripod and leaving it is the easiest way to make your video look classier. 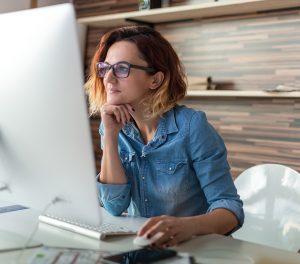 Ahh, now you can relax a little since you don’t need all hands on deck. Most of “post” can be done indoors with fewer people involved. But that doesn’t mean it’s any less involved. This is where you’ll edit together all the footage, match up your recorded sound and color-correct the image.

If you were just making a video on your phone or directly staring at a the camera, you may not have recorded sound separately. But on most movies, the camera’s microphone isn’t great and the camera is usually far away from the actors. So somebody will record sound with a much better microphone on a pole just off-camera. Or maybe the subjects wore small lapel mics on their clothes. Either way, the sound needs to be synced to the video. The video may also need to be tweaked to look natural or stylized.

“Fix it in post” is never a good substitution for doing it well the first time.

This is when any title graphics (words on screen), computer special effects and music is added. Matching sound effects, music and shots together is an ongoing experiment. These three elements are the building blocks.

Distribution is simply how you plan on getting your project out there. Is it just going on YouTube, Vimeo or Facebook? Or do you want to submit a movie to film festivals? Maybe you plan to eventually put it on Blu-ray and sell them individually. With so many streaming platforms out there, independent movies often try to find a digital distributor to streamline the process of putting their movie on many platforms, like hoopla or iTunes. Sometimes this contract is for a few years, sometimes it’s indefinitely.

With social media increasingly taking the form of videos instead of pictures (like TikTok), the more useful these steps have become. Learn more about making your own videos using LinkedIn Learning free with your library card!

Check out some of the short films and workshops at Washburn University’s WIFI Film Festival Fri, April 29 – Sun, May 1. Events are open to the public and will be held at various locations around town including several at the library. See the full list of events and check the library events for more details on the events that will be held here.