In Fact or Fiction I recommend a fiction and nonfiction book on the same topic. This month we’ll examine some dark chapters in American history. You can choose an historical novel about eugenics inspired by true events, an expose of the exploitation of disabled workers or both. Either way, you’ll find thoughtful, well-researched works on America’s treatment of those deemed “inferior” or morally suspect.

The Foundling by Ann Leary 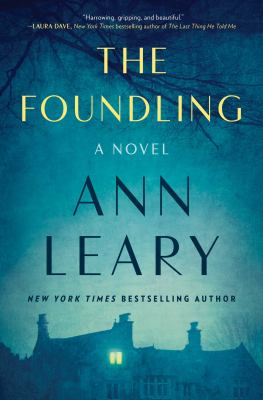 The Foundling is a novel inspired by the eugenics movement of the 1920s. Young Mary Engle is thrilled to be a private secretary at the Nettleton State Village for Feebleminded Women of Childbearing Age in rural Pennsylvania. Led by charismatic Dr. Agnes Vogle, a woman Mary both fears and admires, the women confined to Nettleton work in the fields and with the farm animals, learn household skills, or train as house servants until they are no longer fertile.

At first Mary wholeheartedly agrees that confining “the feebleminded” was beneficial for both the women and society. However, a chance encounter with an inmate named Lillian, a boisterous troublemaker she knew when they were both schoolchildren, forces Mary to reexamine the true mission of Nettleton. Although Mary yearns for Dr. Vogle’s approval, the evidence begins to stack up that Dr. Vogle’s motives in running Nettleton are suspect. Mary may be the only one who can stop her.

While the stubborn Mary isn’t entirely sympathetic, The Foundling offers a fascinating glimpse into a disturbing chapter in American history.

The Boys in the Bunkhouse by Dan Barry 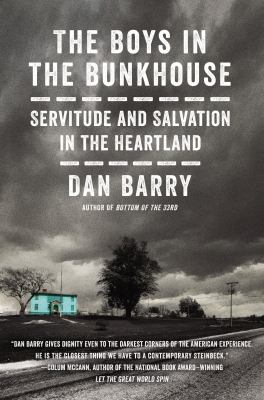 The bright turquoise schoolhouse in the tiny town of Atalissa, Iowa, housed a terrible secret. In this filthy, roach-infested “bunkhouse” lived a group of men with intellectual disabilities who eviscerated turkeys in a nearby factory. Exhausted by hard work, paid a token wage, housed in squalid rooms, these men were virtually slaves.

Many of the men were former residents of Texas state schools brought to Iowa in 1974. They spent all week doing the nastiest kind of work in the Louis Rich factory then returned to the derelict bunkhouse indifferently cared for by the owners. Even at the best of times, when the bunkhouse was kept in decent repair, the men were treated to lavish Christmases and the townspeople embraced the “boys” as neighbors, they received only a nominal wage and had no control over their living or working conditions.

This book is so sad you’ll wish you could stop reading, but so well-written you won’t be able to. The Boys in the Bunkhouse is a damning indictment of all who turned a blind eye to men who deserved care, compassion and the right to make their own choices.