In Fact or Fiction I recommend a fiction and nonfiction book on the same topic. This month you can choose a literary mystery about one of America’s most admired poets, a collection of fascinating letters from Sylvia Plath or both! Either way you’ll be drawn in to the life of a brilliant, complicated woman.

The Last Confessions of Sylvia P. by Lee Daniel Kravitz 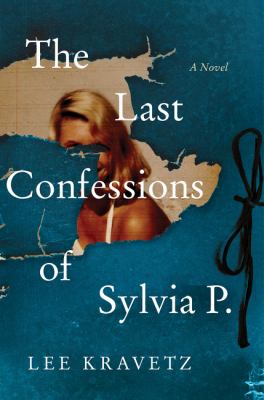 You never know what you’re going to find flipping houses – a nest of snakes, a stash of drugs or a handwritten draft of an important 20th American novel. Fortunately for the Dyce brothers, it was the latter. The discovered a draft of Sylvia Path’s novel The Bell Jar hidden in a South Boston attic and took it to a small auction house. Even more fortunate, master curator Estee was the perfect person to evaluate the notebooks since her life intersected with Plath’s in a very curious way.

As we follow Estee’s efforts to authenticate the notebooks, we learn much more about Plath and the genesis of The Bell Jar. In alternating chapters there are journal entries from Dr. Ruth Barnhouse, Miss Plath’s psychiatrist at McLean Hospital, documenting her unconventional methods of getting young Sylvia to start writing again. Then there are letters to poet Robert Lowell, written by a brilliant young woman who craves Lowell’s approval but finds herself in rivalry with Sylvia.

How Estee, The Bell Jar and Sylvia’s rival all tie together is the crux of the engrossing literary mystery The Last Confessions of Sylvia P. by Lee Kravetz 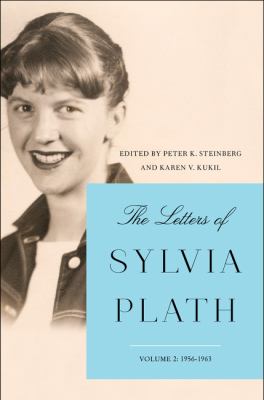 From her cold, grimy flat in London in 1956, Sylvia Plath – student, poet, blissful newlywed – wrote hundreds of letters to family, friends and publishers. These letters are filled with the delightful quotidian details of a young bride coping with keeping house in a country quite different from her own. They are also full of a poet’s sensibilities as she describes such things as the sky “a seethe of grey clouds and egg-shell blue patches.” These letters create an absorbing portrait of an artist eager to earn a living from her craft but keenly aware of her challenges.

Indeed many of the letters detail which manuscripts were accepted, rejected and revised. Acting as husband Ted Hughes’ American agent, Plath and Hughes cobbled together a living from poetry sales, radio readings, grants and prizes. Continually lamenting their poverty and scarcity of time, Plath nevertheless looked hopefully to future. She was sure they would own their own home in either London or the country, have a houseful of children and create marvelous poetry.

Sadly, we all know the grim “rest of the story.” After discovering Hughes’ affair with Assia Wevill (or Plath’s deliciously malicious “Weavy Asshole”) in the summer of 1962, Plath wrote a feverish flurry of letters to her mother and former therapist describing the agonizing betrayal and her fears for the future. Plath found it very difficult to cope with the demands of caring for two small children, the bitter winter weather, ill health and the break-up of her marriage. She killed herself on February 11, 1963.

The Letters of Sylvia Plath Volume 2: 1956-1963 edited by Peter K. Steinberg and Karen V. Kukil forms a rich and varied portrait of Plath. She was a woman who gloried in domestic pursuits, including motherhood. She was an artist acutely conscious of her talent. She was a business woman with ambitions for the future. Plath was also a deeply troubled young woman who feared the return of the bell jar descending.