In Fact or Fiction I recommend a fiction and nonfiction book on the same topic. This month you can choose a disturbing novel about a serial killer awaiting execution, a riveting true crime narrative about a prison warden trying to get to the truth, or both! Either way you’ll be hooked by these suspenseful books about guilt, innocence and redemption.

Notes on an Execution by Danya Kukafka 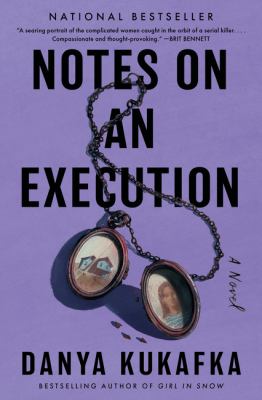 Inmate 999631 has only 12 hours to live. 12 hours to dream of last-minute reprieve. 12 hours to contemplate The Theory, a manuscript outlining an alternate universe. 12 hours to remember “The Girls,” the three young women murdered in the summer of 1990. 12 hours to regret that those fleeting moments of love and family in a stunted, twisted life will never come again.

Inmate 999631 is Ansel Packer, serial killer, once someone’s baby, someone’s friend and someone’s lover. In alternating chapters, the women in Ansel’s life draw a fuller picture of the man waiting to be executed. Ansel’s mother, married to a brutal, abusive man, abandons her children in a desperate bid for their safety. Saffy Singh, a detective in New York, knew Ansel when they were both in foster care and learned firsthand about his cruelty and emptiness. Hazel, Ansel’s sister-in-law, was once jealous of her twin sister Jenny’s relationship, but soon learns Ansel cannot love.

As the hours to the execution draw near, there is some sympathy for Ansel who did want to feel love and compassion as others did, but simply couldn’t feel them. The true sympathy, though, is for all the lives cut short, the lives that could have been. All the careers, families, and hopes and dreams “The Girls” – and the world – lost forever through Ansel’s brutal acts. 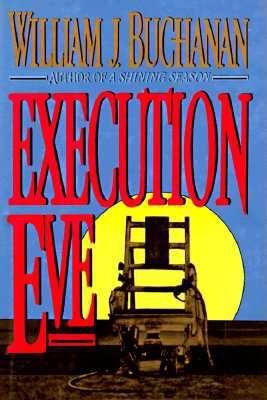 It was the eve of execution for three condemned killers – Willie Baxter a naïve heroin addict, Bob Anderson a nightclub owner, and Tom Penney a hardcore convict. The three had been sentenced to die in Kentucky’s electric chair for the brutal murders of 29-year-old golf star Marion Miley and her mother Elsie.

In his 20 years as warden at the Kentucky State Penitentiary, Jesse Buchanon supervised more than 50 executions. He was indeed a proponent of capital punishment. However, as the time of these executions grew near, uncharacteristic doubts gnawed at him about the justice of this sentence – was an innocent man about to be sent to the chair?

As Warden Buchanon put it, “the facts of the matter are these: one, a year ago Tom Penney, the scoffing heathen, the unrepentant murderer, fingered Bob Anderson as his accomplice and the trigger man in the Miley killings; two, a year later, Tom Penney, the born-again Christian, recants and says that Anderson is innocent; three, now he refuses to say another word about the case. Which Tom Penney told the truth – the heathen or the Christian?”

Could a daring rearrangement in the order the men were to die finally bring about the truth?