In Fact or Fiction I recommend a fiction and nonfiction book on the same topic. This month you can choose a ripped-from-the-headlines novel about women’s gymnastics, a devastating memoir by an elite gymnast or both! Either way you’ll get a behind-the-scenes look at the grueling yet exhilarating world of women’s gymnastics.

The Happiest Girl in the World by Alena Dillon 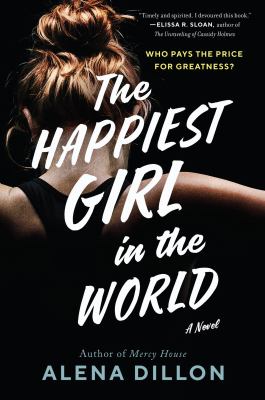 era Williams always wanted to fly, to soar high above the balance beam, the uneven bars and land to cheers and Olympic victory. Like her idols Shawn Johnson and Gabby Douglas, Sera was willing to face the grueling schedule, the punishing practices, the physical injuries and family sacrifices for a shot at Olympic glory. But was she willing to betray her best friend and fellow gymnast? When Lucy told her she was uncomfortable with some of the team doctor’s treatment methods, Sera shrugged. Surely Lucy was overreacting. The doctor was the nicest guy, slipping the girls Hershey’s Kisses and chatting about their lives. If the gymnasts expressed concern, well, that wouldn’t sit well with the all-powerful USA Gymnastics, would it? A ripped-from-the-headlines novel, The Happiest Girl in the World by Alana Dillon explores issues of friendship, loyalty and ambition in a behind-the-scenes look at women’s gymnastics.

Chalked Up: My Life in Elite Gymnastics by Jennifer Sey 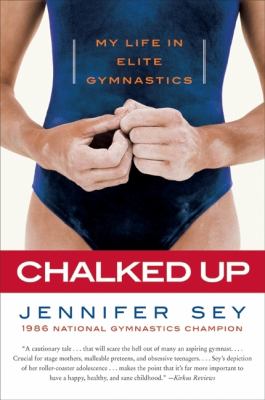 n 1986, 17-year-old Jennifer Sey was at the top of the United States elite gymnastics world. Hard work, unrelenting determination and a bit of luck took her to the top of the podium as national champion. One year later she was a laxative-abusing, self-loathing woman estranged from her family and unable to perform the simplest of gymnastics tricks. What transformed this happy child who loved the adrenaline rush of gymnastics to a broken young woman?

Sey is candid that she was never the most talented of gymnasts, but she had a relentless competitive spirit. It was this drive to be the best that made her willingly compete with injuries, drove her to lose weight, align herself with gyms run by harsh coaches, and move away from her family. She was on a quest to become another Nadia or Mary Lou (or my personal favorite, Ecaterina Szabo). Ultimately, as Sey reveals in her memoir Chalked Up, she paid a devastating price both physically and emotionally for competing in a sport she once loved so much.