In Fact or Fiction I recommend a fiction and nonfiction book on the same topic. This month we’re visiting Australia where two families are in peril. You can root for the Baxter family whose trip to an Australian island goes terribly wrong, try your hand at solving one of Australia’s most famous crimes, or read both! Either way you’ll get a taste of the dark side of the land Down Under.

The Island by Adrian McKinty 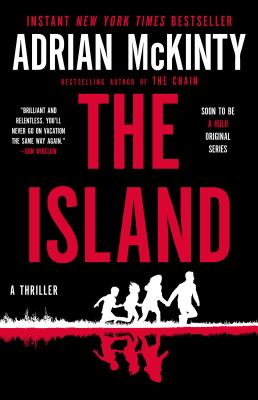 Take one inhospitable Australian island, add a deranged, murderous family bent on revenge, and you’ve got the makings of the superb thriller The Island by Adrian McKinty. American tourists Heather, Tom and their teenage children just wanted to see some koalas and wombats before returning to a convention in Melbourne, but their plans go awry when they accidentally kill a young woman in a road accident.

Livid, the family who lives on Dutch Island vows revenge, and their revenge isn’t the “let’s call the police” type of revenge but rather something much more Old Testament. Scrappy Heather, young but knowledgeable about bushcraft, must battle a hostile landscape of spinifex and mangrove while she and the family hide from the enraged islanders.

Searching for the Beaumont Children by Alan Witiker 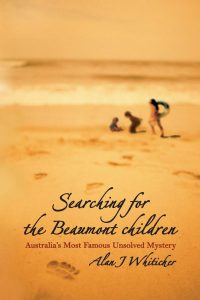 On a scorching hot summer’s day in Adelaide, South Australia, the three Beaumont children, 9-year-old Jane, 7-year-old Arnna, and 4-year-old Grant, scrambled into their “bathers” and caught a bus for the nearby Glenelg Beach. Led by sensible Jane, the children played at the beach before rinsing off in nearby sprinklers. That was the last time – Australia Day, Jan 26, 1966 – anyone ever saw the Beaumont children, alive or dead.

Quickly discounting a tragic drowning, or runaways, the South Australia police focused on an abduction. But despite an exhaustive search, hundreds of tips, and even a bizarre collaboration with a famous Dutch “psychic detective,” no trace of the children was ever found.