Prince was famously know for many things. He created an original sound that fused rock, soul and funk. Of course, he pushed boundaries on topics of race, sexuality, politics and religion. He was a multi-instrumentalist virtuoso and a perfectionist. And ultimately, he was incredibly prolific. So much so that his Paisley Park Studio in Minneapolis had a vault that contained tons of unreleased material. From unused songs to albums to music videos, nobody but Prince knew just how much he’d recorded. Since his early death in 2016, his estate has gone through and begun to give the public some of their most interesting finds.

So far they’ve released three albums since, with the newest out last month. Each one is a different era and has a different focus. I’m glad they’ve taken this approach and taken their time. They could release a couple live recordings a year and cash in. Instead we’ve gotten three unique posthumous albums. Each one presents new folds to Prince’s mystery and personality. 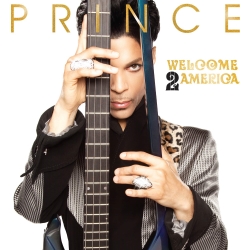 This newest addition arrives as a fully-formed album first recorded in 2010. For reasons known only to him, Prince shelved it. Surprisingly, Prince only had bassist Tal Wilkenfeld, drummer Chris Coleman and a slew of singers for this. Then again, he could play and record an entire album himself if he chose.

As the title implies these songs are about Prince’s feelings on the state of America in 2010. He touches on our attachment to devices, racial discrimination, political unrest in “1010 (Rin Tin Tin)”, and the climate crisis in the 80s-styled jam “Hot Summer.” However, none of these topics is ever overt enough to throw you off. Like other albums from Prince’s later era, if there’s one overarching theme it’s his Christian faith. But the album has a better flow and is a more prescient, interesting listen today than the album he actually released that year!

His estate found this album as a burnt CD-R in a stack of other burnt CDs. As such it’s got some digital glitches that pop up throughout. His estate tried to clean up and boost the recordings as much as possible. Unfortunately, there’s some audio that simply can’t be fixed. While this tells us the story of the album, the band says these were still rough versions that would’ve been further engineered had they been released. Lastly, listen for a cover of fellow Minneapolitans Soul Asylum‘s “Stand Up and Be Strong.” 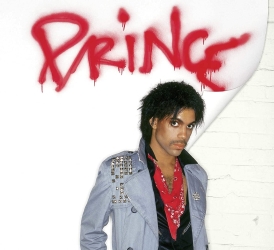 Prince was so prolific that he wrote many songs for other artists. Here we get his original demo versions of those songs. This will probably appeal to more people than the others, as it’s closer to the classic Prince sound we know and love.

Most of these songs were recorded between 1981 and 1985. We get to hear his blueprints for Morris Day & The Times‘ “Jungle Love,” The Bangles’s “Manic Monday,” Kenny Rogers‘ “You’re My Love,” and “Nothing Compares 2 U” made famous by Sinéad O’Connor.

Not surprisingly these demos vary widely from party jams to pretty ballads, from electro-funk to rock eruptions. What’s most surprising is just how fully-formed and complete these sound. In some cases you can hardly tell the difference from the final version aside from it being Prince’s voice. Sometimes this leads to him singing from a female protégé’s perspective. But this being Prince, someone who was never afraid to bend gender norms, you can almost hear his coy smile when filling the role. 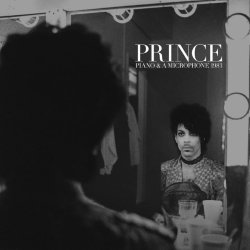 A musical genius who’s driven and charismatic doesn’t need more than one instrument to work magic. This recording was unearthed shortly after his death, and finds him in one uninterrupted take. It’s just him, a piano and his voice, running and soaring through 34 minutes of uncut jamming. And it. Is. Awesome.

He goes from a short snippet of “Purple Rain” right into Joni Mitchell‘s “A Case of You,” and then on to an impassioned rendition of the Negro spiritual “Mary Don’t You Weep.” This last song was used in the end credits of Blackkklansman. In one instant he’ll be belting out verses that blow your hair back, then he’ll drop to a falsetto whimper in the next.

The session, presumably recorded alone, shows his creative process unfolding. We could imagine him working out new material this way, in a stream of consciousness. Ultimately, it’s a fascinating glimpse into one of music’s most mysterious and private figures.

Prince died far too young at the age of 57. But one thing that can’t be said is that he left us too little. We’re lucky to have such a wealth of material from his life. And we still have the promise of much more to come from his vault. While perhaps not crucial recordings, I highly recommend these archival albums to even casual fans of Prince, classic rock, or those who just enjoy great showmanship. After all, there will never be another like him.