The only thing these February new releases have in common is the unexpected. These new reads include imaginary worlds, the 1612 witch trials, a small town where the most respected family falls from grace and a modern day that includes time travel. Loose yourself in another time or place.

1. The City in the Middle of the Night by Charlie Jane Anders 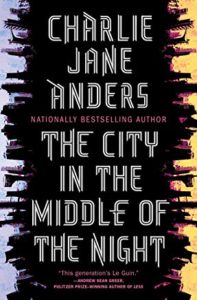 The planet of January is engulfed by an icy wasteland of night on one side, and a wretched, never ending heat wave of daylight on the other. Two minimalistic cities remain in the barely habitable crevices of the planet. However, even within these cities you cannot find safety. Sophie, a stubborn renegade, finds solace in the beasts who forage the wintery darkness. After stumbling upon an interesting family, Sophie begins a solitary journey that will ultimately become a world changing adventure.

2. The Familiars by Stacey Halls 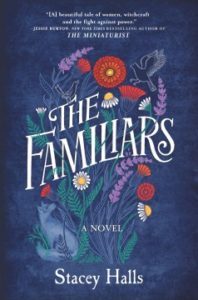 Based on the historical witch trials of 1612, The Familiars is told with gripping details of dark magic and wicked accusations. The story centers around Fleetwood Shuttleworth, one of the most elegant ladies of Lancashire, and the mysterious midwife Alice Grey. Full of secrets and unexplainable events, the truth will unravel through a series of chaotic adventures. A letter from Fleetwood’s last doctor foreshadows her death. She is desperate to make her fourth pregnancy successful and finally birth an heir. To get the help she needs Fleetwood must save Alice from the horrors of the witch trials.

“Enthralling, spellbinding, terrifying, full of twists and turns, written with heart and soul.”–Kate Williams, author of The Storms of War

3. The Raven Tower by Ann Leckie 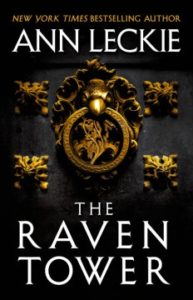 “Following her record-breaking run in science fiction, Ann Leckie, winner of the Hugo, Nebula, Arthur C. Clarke and Locus Awards, brings her immense talent to an epic fantasy novel about the hidden forces that guide our fates. Having helped win a war at great cost in human lives and to its own power, the god known as the Raven of Iraden was forced to continue to fulfill its commitment to its followers and slowly regain its strength through the steady flow of prayers and sacrifices, which are the source of all the gods’ powers. Centuries into that toil, a usurper to the throne of Iraden has discovered the Raven’s weakened state and sets in motion a plot to gain the favor of younger, stronger gods in a bid to consolidate his power. But the Raven of Iraden is more resilient than its enemies have accounted for, and with the help of some unlikely allies it may still return to glory.” –Hachette Book Group

“A gripping story that’s one part mystery, one part a new history of the world, The Raven Tower is an incredible fantasy, told by one of the most unique voices I’ve had the privilege of reading.”―S. A. Chakraborty, author of The City of Brass

4. The Care and Feeding of Ravenously Hungry Girls by Anissa Gray 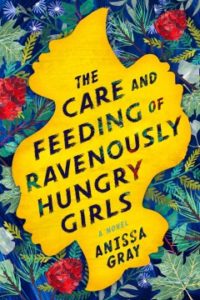 The bond of the Butler sisters, Althea, Viola and Lillian, is tested when Althea and her husband are arrested and put on trial. No one in the small community is sure what happened, not even the sisters. Viola and Lillian must step into their older sister’s shoes and raise her teenage daughters while Althea is away. This task is especially challenging as the family has gone from one of the most respected in town to the most disgraced.

“Gray beautifully captures the way strong women can piece a community back together, taking care of their loved ones while still figuring out how to care for themselves. A graceful debut that feels timely and important.”—Karin Tanabe, author of The Gilded Years

5. The Psychology of Time Travel by Kate Mascarenhas 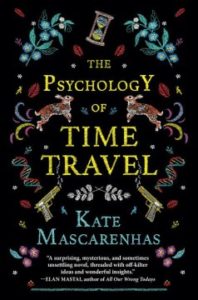 Time travel is big business in 2017. Ruby Rebello knows her Granny Bee was one of the time travel pioneers, but no one will give her the details. When Bee receives a newspaper clipping from the future about an unidentified woman’s death, Ruby is sure the woman is Bee. Ruby strives to discover who wants to kill Bee and stop the murder.

In 1967 four female scientists work to develop the first time machine. However, just as they are ready to launch their invention one of the women suffers a breakdown. To keep the project moving forward, the others exile the scientist from the team and erase her contributions from history.

“A surprising, mysterious, and sometimes unsettling novel, threaded with off-kilter ideas and wonderful insights.”
―Elan Mastai, author of All Our Wrong Todays