June’s new releases are all very different, but the characters all have secrets you’ll want exposed. Tia Williams latest novel Seven Days in June is a steamy story of two writers that also explores family challenges and Black identity. Malibu Rising takes you back to one fast-paced party night in 80s with a celebrity family. The Other Black Girl combines social commentary, horror and suspense to take on privilege, race and gender. Someone (we don’t know who) is trying to destroy the perfect life of an accomplished photographer and mother in I Don’t Forgive You. Lastly, I’ve picked a quirky heartwarming story of a woman who discovers she can understand dogs thoughts, but even she has some secrets. Add these page-turners to your holds list! 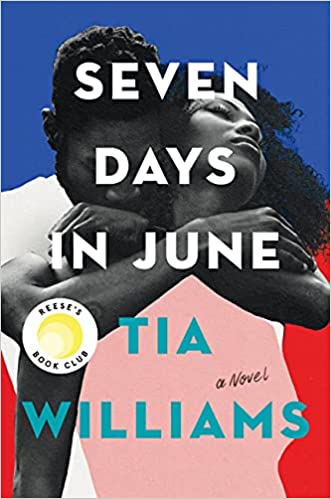 Sparks fly at a literary event between bestselling erotica writer Eve Mercy and award-winning novelist Shane Hall. She’s a single mom and he’s a recluse. The Black literati are surprised to see Shane in New York and even more surprised to see him with Eve.

While they are pretending not to know each other, 15 years ago in their teens they had a crazy, torrid week madly in love. They’ve also been secretly writing to each other in their books for years.

Over the next seven days they reconnect. While Eve’s wary of this man who broke her heart she also has some questions she wants him to answer.

“In Seven Days in June, Tia Williams conjures seductive fantasy-rich friendships, star-crossed lovers and artistic fulfillment. But Williams, a canny anthropologist of contemporary urban life, is writing realism, exploring personal pain, family entanglements, and the negotiation of black identity in a world defined by whiteness. The result isn’t escapism (though the book is a delight) but a vision of life as it truly is: complications and difficulties punctuated by profound joy.”―Rumaan Alam, author of National Book Award finalist Leave the World Behind 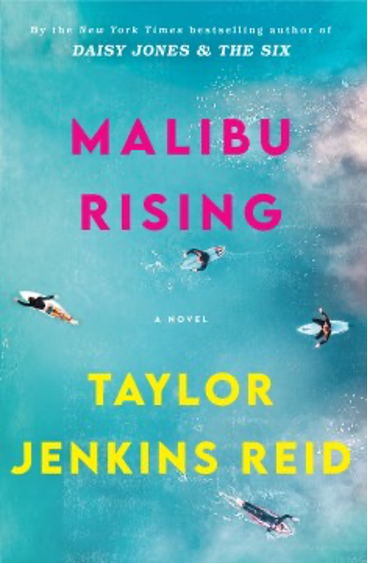 It’s August 27, 1983, in Malibu and everyone is anticipating Nina Riva’s annual end-of-summer party. Everyone who’s anyone attends. Nina’s a talented surfer and supermodel. Her brother Jay is a champion surfer and her brother Hud is a renowned photographer. Even her baby sister Kit is adored. They are the famous children of legendary singer Mick Riva.

However, Nina’s not looking forward to this year’s party after her pro tennis player husband publicly dumped her. Hud’s also a bit hesitant about the party since he’s decided it’s time to finally confess something to his brother.

The other two siblings can’t wait for the party to begin. Jay’s anticipating seeing the girl he can’t stop thinking about who said she’d be there. Kit’s ready to hang out with the guests she invited without consulting anyone else.

By midnight the party is out of control and by morning the Riva mansion has gone up in flames. But before that first spark Riva’s family secrets will be revealed.

“Reid (Daisy Jones and the Six) unfurls a fast-paced and addictive story of a group of celebrity siblings in Malibu. … This page-turning indulgence hits the spot.”—Publishers Weekly

3. The Other Black Girl by Zakiya Dalila Harris 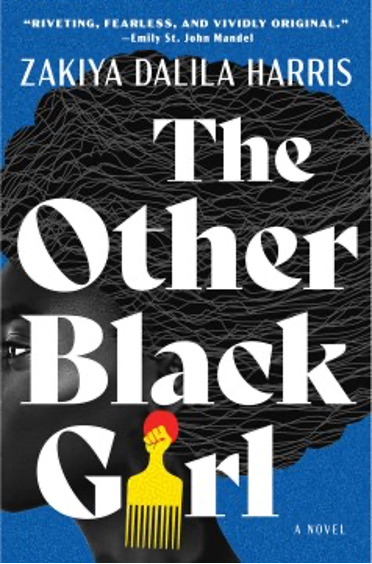 Twenty-six-year-old editorial assistant Nella Rogers is tired of being the only Black employee at Wagner Books. Fed up with the isolation and microaggressions, she’s thrilled when Harlem-born and bred Hazel starts working in the cubicle beside her. They’ve only just started to get to know each other when a string of uncomfortable events elevates Hazel to Office Darling leaving Nella in the dust.

Then the notes begin to appear on Nella’s desk: LEAVE WAGNER. NOW.

Is Hazel is behind these hostile messages? Nella starts to spiral and obsess over the sinister forces at play. She soon realizes there’s a lot more at stake than just her career.

“Witty, inventive, and smart, The Other Black Girl goes deeper to take on class privilege, race, and gender in a narrative that slyly plays along the edges of convention. Zakiya Dalila Harris’s debut is a brilliant combustion of suspense, horror, and social commentary that leaves no assumption unchallenged and no page unturned.” –Walter Mosley, internationally bestselling author of Devil in a Blue Dress

4. I Don’t Forgive You by Aggie Blum Thompson 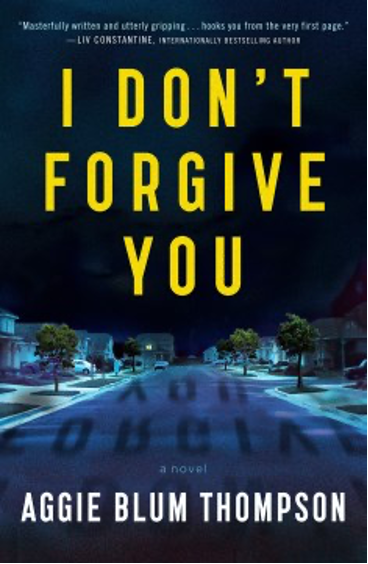 Accomplished photographer and new mom Allie Ross is being framed for murder in her upscale D.C. neighborhood.

It started when she flirted with a local dad at a neighborhood party. The next day he’s found dead and the police are at Allie’s door asking her about a supposed Tinder relationship she had with him. They even have intimate steamy texts between them. However, she didn’t write them or the vicious posts all over social media in her name.

Someone hacked Allie and is impersonating her online. It’s not just her reputation that’s at stake, it’s her life. As the killer closes in Allie must delve into a past she’d like to forget to learn who’s destroying her life.

“A terrific page-turner. Allie Ross has an enviable life with her loving husband and adorable son – until she moves into a suburban neighborhood where menace lurks beneath the glossy, Instagram-worthy facade. Don’t try to guess what’ll happen next – just hang on for the ride!” – Sarah Pekkanen, internationally best-selling author of The Wife Between Us and You Are Not Alone

5. What a Dog Knows by Susan Wilson 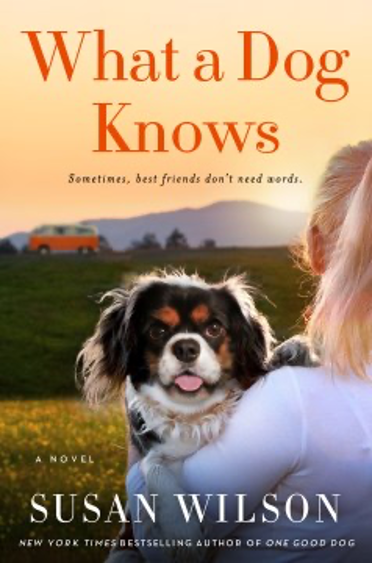 Ruby Heartwood works carnivals, festivals and circuses around New England as a traveling psychic. She’s always lived on the move needing no one.

One night in the middle of a thunderstorm she hears a voice telling her “let me in.” When she opens the door of her van a little black and white dog jumps in. To Ruby’s surprise she can hear the dog’s thoughts. Is she losing her mind?

Ruby discovers she can hear many dogs’ thoughts. She sets up semi-permanent residency in the town of Harmony Farms to figure out what’s going on and who this little dog, Hitch, belongs to. Some people in Harmony Farms do not want her there. What secrets is this town keeping? What has Ruby been running from?