Did you know older music is now outselling new music? That’s the word according to widely-reported findings from MRC Data just last month. In fact, not only is new music not selling as much, but the field is apparently dwindling in volume too. I often choose older tunes that are comfortingly familiar, and nostalgia is a great salve for our modern anxieties.

Nevertheless, we should should still try to find new artists. Even if they revive old sounds, they often mix that with new styles and techniques. And besides, who else can we see live in concert? I’ve been listening to newish albums by three fantastic soul singers. All of them keep a foot in the past while looking to the future.

The Daptone Super Soul Revue Live! at the Apollo (CD) 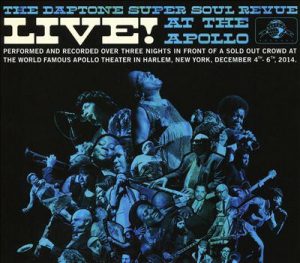 This incredible evening from 2014 captures two hours of artists performing live at the legendary Apollo Theater in Harlem. Spearheaded by Sharon Jones & The Daptones (Jones died of cancer two years after this), the bill is filled with various artist from Jones’ Daptone Record label. Of course they’re all phenomenal performers.

Jones was raised in the same town as James Brown and her mother knew him. Brown famously performed at the Apollo and that iconic concert is referenced here. While Jones is the headliner, the show fills out with riveting performances from her label-mates. Charles Bradley, The Budos Band and Menahan Street Band are just a few who make this feel like a time machine back to the ’60s soul heyday. 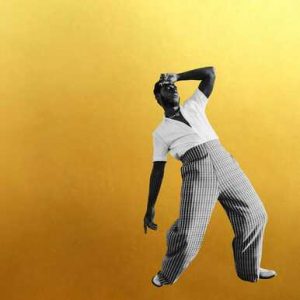 I’m ashamed it took me this long to give Leon Bridges a proper listen. I was aware of the Texan singer from Kansas City’s 96.5 The Buzz and their concert series where he’s performed live. Dressed to the nines in collared, buttoned fashion, he stood out from his peers performing in the style of Sam Cooke or Al Green.

On his third album Bridges brings his timeless vocals to a thoroughly modern production. The songs seem stripped down without the full brass sections he had, allowing Bridges’s vocals to fill the space more. Trap music drum trills from modern rap sometimes pop up in place of a regular drum kit. Bridges seems unconcerned with crafting pop ear-worms on this one. Despite that nonchalance, after a few listens these more personal and emotional songs will stay with you throughout the day. 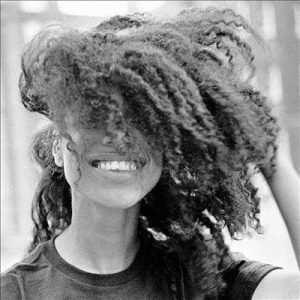 Lianne La Havas, who is the same age as Leon Bridges, is also releasing her third album here. Likewise, these third outings are more relaxed, subdued and self-reflective than their previous work. The London singer first learned guitar via YouTube. It wasn’t long before she caught Prince‘s attention and he chose La Havas to appear on his Art Official Age album and sing backup on SNL.

Her singing has a easy confident quality, silky smooth without fading into the background. Her guitar work is skillful and delicate, at times arpeggiated and at others has a funk sway to it. And of course, a full band fill the tracks out but never distract from her presence. Save for one stunning cover of Radiohead‘s “Weird Fishes,” the whole album sounds like her singular vision.

If you feel like you’ve been falling back on old favorites too often but want to keep your eyes to the new music out there, check out these albums that are good for the soul. Though we lost an icon in Sharon Jones too soon, hopefully the other two will carry the soul torch forward for a good long time.