Any science fiction reader will tell you the genre is incredibly diverse. There are many, many subgenres within Sci-Fi, and often books blur the lines between the categories. Outer space and aliens are some of the first sci-fi characteristics people think of, but you can read primarily Sci-Fi and hardly ever read about space. That’s definitely true for me, because I’m a big fan of speculative fiction, an umbrella that includes post-apocalyptic, alternate history and dystopian. 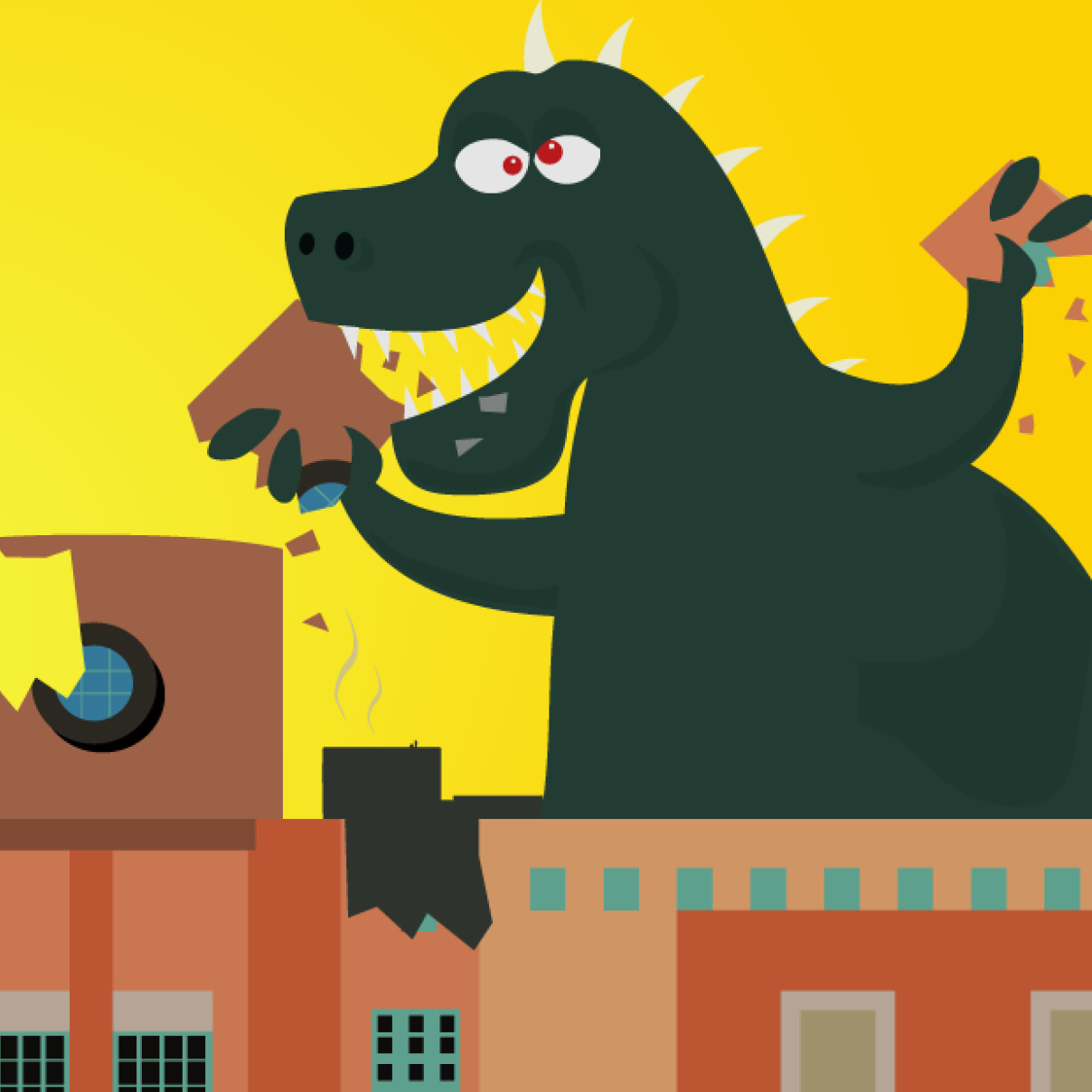 If you’re reading this, you probably want to know about our CosmicCon, Sat, June 1, noon-4pm. It’s a celebration of all things Sci-Fi – an afternoon filled with books, costumes, crafts, gaming, trivia and good geeky fun. We’ll have breakout sessions on Godzilla and more. Don’t miss Cosmic Khaaaaan!

There are more science-fiction sub-genres than I have time to explore here, so I’m going to hit 5 of the most popular categories. If you love a subgenre that I don’t highlight here, please share in the comments!

This seems like an important distinction to address first off. The term hard science fiction was first used in the 1950s. This is your classic Sci-Fi — heavy on the science, sometimes at the expense of character development or plot. Hard Sci-Fi gives us all the details, and they have to be accurate or the Sci-Fi reader community will make sure the book goes down in flames. Think authors Arthur C. Clarke, Ben Bova and Robert A. Heinlein.

Soft Sci-Fi is a term first used in the 1970s to describe Sci-Fi that takes a different approach, favoring character and plot over the accurate, detail-driven look at science and technology mentioned above. The science provides the backdrop in soft Sci-Fi, rather than taking center stage. These books tend to veer more into “soft” sciences such as psychology, anthropology or sociology, as opposed to physics, chemistry or astronomy. Think authors Frank Herbert, H.G. Wells and Ursula K. LeGuin.

Books in this subgenre focus on the end of mankind or the Earth due to cataclysmic events, or the survival of the remaining humans in the aftermath of such events. Themes often include war, climate change/extreme weather patterns, plague or sickness, or a mix of destructive elements. Apocalyptic and post-apocalyptic stories are often grim, especially if they are set in the time of the crisis and immediately after, but many are also hopeful stories of how civilization and the good of humanity endures. These books attempt to examine the possibilities for our future after big changes in the way we live. Some of my favorite titles are Station Eleven, The Stand and Wool.

Dystopian differs from post-apocalyptic in a number of ways, though the two are often lumped together. Both are futuristic and often grim, and they may share themes of survival, and the meaning of humanity. However, where apocalyptic fiction usually focuses on humans against each other or an external force that’s threatening survival, dystopian work most often pits individuals against the rules or mechanics of the society. Usually freedoms are limited and individuality is compromised for the “good” of the whole or the state. Some of my favorites are The Hunger Games, The Giver and Fahrenheit 451.

Steampunk typically marries modern or futuristic technology and ideas with a setting from an earlier time. You might see steam engines and computers in the same setting. This is not only a subgenre of Sci-Fi, but also a cultural movement, including art and costume. Examples include Leviathan by Scott Westerfield, The Anubis Gates by Tim Powers and The Diamond Age by Neal Stephenson.

Alternate history explores how things could be if moments in our history had gone differently than they actually did. What if the black plague had completely wiped out the population of Europe? What if the Confederacy won the Civil War? This is closely related to fiction that explores parallel worlds, in which things might be just slightly different than our own version of reality. The Man in the High Castle by Philip K. Dick actually marries the two into one book. Other examples of Alt-History include Battle Royale by Koushun Takami in which Japan won World War II, and Fatherland by Robert Harris in which Germany won World War II. A couple of books that explore the concept of parallel worlds or realities are If Then by Kate Hope Day and Dark Matter by Blake Crouch.

Fiction in which robots or androids are at the center of the action are another subgenre of Sci-Fi. These books often explore what it means to be human and also often foreshadow a future in which our technology becomes too advanced for us to handle. Isaac Asimov is maybe the most famous name in robot fiction. The Hitchhiker’s Guide to the Galaxy by Douglas Adams (one of our 2Book Topeka selections for summer) and Do Androids Dream of Electric Sheep by Philip K. Dick are other examples.

Sci-Fi really does offer a flavor for just about any reader, with the common thread of imagination. Want romance or adventure? Exploration of new worlds? A look at history from a different perspective? It’s here! What are your favorite Sci-Fi reads?