Welcome back to school where our friends turn into vampires, our teachers turn into pod people and masked killers chase us across campus. Check out these entertaining horror flicks set at school. 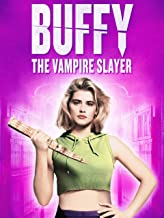 Don’t confuse this with the television series of the same name. This movie isn’t serious at all, it’s just seriously funny. If you are a big fan of the series, go in knowing only the basic premise will be the same.

The cast is stellar and Buffy is almost worth watching for that alone. Donald Sutherland plays wise watcher Merrick, Rutger Hauer is fabulous head vampire Lothos, and Paul Reubens stars as his hilarious henchman. You could almost make a game out of spotting the cameos. Look for pre–Oscars Hilary Swank as one of Buffy’s BFFs, David Arquette, Ben Affleck, Rikki Lake, Slash and Liz Smith.

Kristie Swanson is charming, clueless Buffy whose goals are to graduate high school, go to Europe, marry Christian Slater and die. She’s the head cheerleader and the vapid high school queen rating everything in her life by taste and popularity. Buffy’s life is proceeding as expected.

Everything changes when Merrick shows up after cheer practice and tells Buffy she is a Slayer. She is the Chosen One destined to save humanity from vampires. Buffy immediately accuses Merrick of being a creepy old guy who attacks little girls.

Eventually Merrick convinces her of the truth and training begins. On her first night hunting she stumbles across Pike, local slacker (Luke Perry). He found his best buddy floating outside his 2nd story window the night before. Pike and Buffy become unlikely and sweet allies. He is supportive and fights alongside Buffy with no tension or problem with a woman being the “chosen one.”

As more of Buffy’s time is spent training and slaying, her friendships and extracurricular school activities suffer. She publicly chases a vampire out of a basketball game, making herself a social pariah.

Soon head vampire Lothos finds out who Buffy is and plots to kill her. They wait for the senior dance, because he wants to boogie. He and his henchman show up with an army of teen vampires they created to kill Buffy. Unfortunately, the teen vamps weren’t invited to the dance so they can’t all enter the gym. Fun chaos ensues and there is an award-winning death scene and a brilliantly funny after credits scene with Hillary Swank.

Buffy is full of fabulous moments, humor, charm and sweetness. Although it is a very different experience, you can see the seeds of the series. This is well worth watching if you’re up for a pre-Sarah Michelle Gellar Buffy. 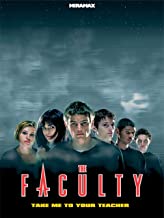 This is one of those slow burn paranoid gems that makes you wonder how you missed it. There’s a great cast with Elijah Woods playing the nerdy kid, Josh Hartnett as the local dealer and Famke Janssen as the, if you can believe it, meek English teacher.

It begins with the principal (Bebe Neuwirth) of a poor run-down high school running an after-hours staff meeting. As she is leaving the dark empty school creepy football coach (Robert Patrick) attacks her. She narrowly escapes through the chained school doors and the drama teacher (Piper Laurie) stabs her with her own scissors.

The next day everything appears mostly normal including the principal and the two teachers from the night before. However, they are drinking suspicious amounts of water and look younger and fancier.

Quarterback Stan tells his girlfriend Delilah, head cheerleader and school paper editor he is going to quit football. She is one mean chick and berates him with “head cheerleaders only date quarterbacks not academic wannabees” – OUCH. Nerdy Elijah gets bullied. Josh deals fake ID’s and his home brewed drugs in the bathroom. Luckily for everyone the weird outcast Stokes (Clea DuVall) is starting to notice a few odd things around campus.

Elijah finds an odd crab worm thing on the football field and takes it to his science teacher (John Stewart). They look at it under a microscope. When they get the creature wet it comes to life and bites the teacher. BTW there is a lot of cussing at this school from teachers and students alike.

An elderly teacher accosts Stan in the shower. Elijah and Delilah see two teachers attack the school nurse (Salma Hayek) and discover a dead body in the closet of the teachers’ lounge.

The teens bring in cops and parents, naïvely thinking all the evidence would still be there. Unfortunately, these pod people have plausible explanations for everything. They even invite one of the cops into the principal’s office. He exits as a pod person, which we know by his sinister look.

Students are now methodically called into the principal’s office throughout the day and changed. No more fights in the hallways, just lots of students meekly raising their hands in class. Elijah, Stokes and Delilah discuss conspiracies and Josh and the new girl overhear them. Josh starts to make fun of it all when the science teacher comes in and attacks them. Josh fends him off with my favorite school weapon – the paper cutter.

The kids escape the school, which is now entirely overrun with pod teens and faculty. They work together to plan and implement a strategy to save their school. Will they succeed?

This is a stylish jaded school picture, very ’90s, great cast, not bad special effects, and a kind of sweet goofy ending. It’s a fun creepy watch with a star-studded cast of terrible teachers and cliché high school students. 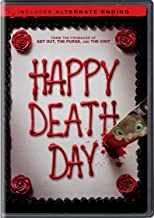 This movie is very much in the spirit of Scream 2 and Groundhog Day. There are so many horror movie homages in this, it’s great fun picking them out.

Tree is a cliché sorority girl. She wakes up in a guy’s dorm room and does her walk of shame across campus being harangued by petitioners, former dates and her snotty sorority sisters. But today is special. It’s Tree’s birthday and she is going to die, repeatedly.

Her day is normal enough. However, that night on her way across campus (alone after dark), she is stabbed by someone dressed as the creepy school mascot the Bayfield Baby.

Tree wakes the next morning thinking it is all a dream. She is again in Carter’s dorm room (he’s the sweet nerdy guy). She cautiously goes through her day with a few changes and lots of déjà vu and is again murdered by the masked mascot.

After a few funny iterations of this she starts confiding in Carter every morning. They decide she should make a list of anyone who might want to kill her and try to break the cycle. It is pretty clear the list of possible killers is way too long. Tree starts to investigate and understand the people she has mistreated enough that they might want her dead.

The experience is freeing for Tree. She has some fun knowing there is no tomorrow for her to pay the consequences. Tree also confides in Carter that she dislikes her birthday because it was also her dead mother’s birthday.

There are lots more exciting chases and deaths as Tree and Carter try different strategies to stop the cycle. Don’t ruin it for yourself with spoilers of who the real killer is and do yourself a favor and make it a double feature with Happy Death Day 2U. Both movies are funny, scary and have a surprising amount of heart for a 20-something slasher film. Tree, in all of her snotty imperfection, is a great addition to the Final Girl hall of fame.

Take a look at these and other fun scary movies you may have missed. Don’t forget to check out Hoopla where streaming titles are always available free with your library card!