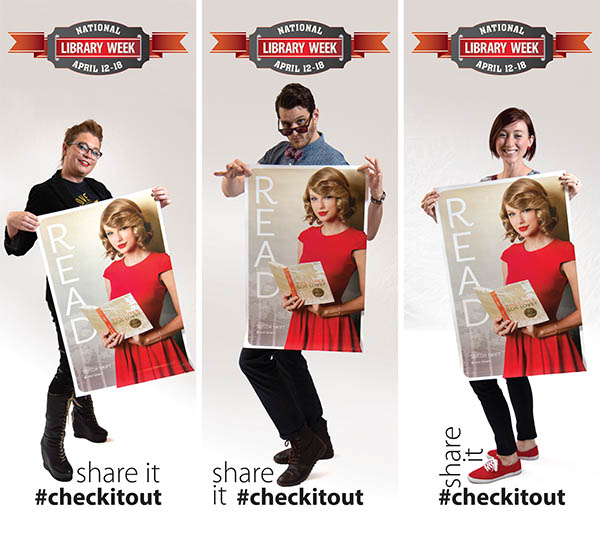 It’s National Library Week, and that means, according to the American Library Association, it’s a time to “celebrate the contributions of our nation’s libraries and librarians and to promote library use and support.”

Here at the Topeka and Shawnee County Public Library, we thought that sentiment could be summed up in one word: “#checkitout.” And there’s no better soundtrack to some copious library love than Taylor Swift, pop star, reader and outspoken library and literacy supporter. We love that Taylor has lent her talent to the library cause, and this video is, in part, an homage to her. But it’s also a pop homage to library supporters and libraries everywhere.

The video stars three library staff members dancing, singing and acting, and features the vocal talent of local actor and singer, Ashley Young. Nearly a hundred library staff members and Topeka community members were involved in the making of the video. Thanks so much for your involvement and support of the library!

Help us spread the word about #checkitout and #NLW15, and make sure to give #taylorswift a nod of support for her outspoken stance on literacy and the importance of public libraries to the fabric of our nation.