What comes to your mind when you hear the term “Celtic music?” 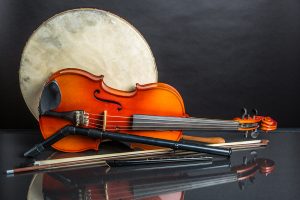 Do you think of music groups such as The Chieftains or The Irish Rovers, or do you tend toward more recent groups such as The Celtic Woman or The High Kings? Are you drawn to Blackmore’s Knight or Celtus or Tuatha Dea? All I can say is you are in good company.

Celtic (pronounced with a hard-K) is a generic term for a large collection of music, generally encompassing traditional songs that have been handed down aurally from musician to musician, to contemporary pieces newly written and performed. It includes music from Ireland and Scotland to Brittany. Even America has been influenced by the music, just take a look at the origins of bluegrass or the Appalachian folk songs.

If you look at the music groups mentioned above, you will notice some similarities in instruments. These instruments include bagpipes, penny-whistles and other flutes, fiddles (violins), drums (bodhrans are very popular), as well as one of my personal favorites, the harp.

I’ve included several albums for you to sample in the list above. You may also enjoy music by the following artists: 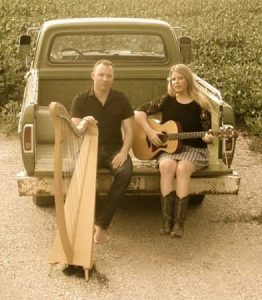 We are very fortunate to have a local talent who is world known – Lawrence singer-songwriter Ashley Davis. If you haven’t heard of her, think Joni Mitchell meets contemporary Celtic and this will come close to the delightful talent she brings. Davis and Dublin musician Cormac De Barra will be at the library Sun, March 13, 3pm to perform and talk about their music. This is part of our Music for a Sunday Afternoon concert series.

Jim Mosher works in Red Carpet Services where he plays harp at the bedsides of individuals in Hospice and palliative care settings. Dr. Mosher is also a professional musician, playing oboe and English horn in the Topeka Symphony Orchestra (since 1982) and the Topeka Woodwind Quintet. He is a founding member of the Castle & Cross Consort, Topeka’s unique Early music ensemble.