As we commemorate Black History Month let’s recognize some of the musicans who helped shaped American history and culture. Music is a great way to appreciate this lived history. It’s immediate and accessible. It gives us a lens through which we can see the events, feelings and styles of the times it was made. The foundational role African Americans have played in music is frequently intertwined with history itself.

I’m highlighting just some of the musicians who pioneered, influenced and changed history with their music. If you are unfamiliar with any of these artists, I highly recommend you take time to listen to their work. 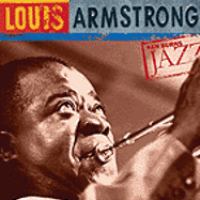 Louis “Satchmo” Armstrong was, like jazz music itself, born and raised in New Orleans. He arguably did more than any other musician to popularize and bring jazz to nationwide prominence. Starting his career on the cornet, Armstrong eventually stuck to the trumpet, defining the jazz solo as we know it. He turned scat singing into an art form and expanded his career into film and acting performances.

In addition to listening to Armstrong’s performances, you can check out several books about his life. 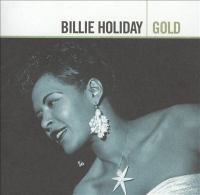 Billie Holiday is known for having one of the most distinctive voices in jazz. Rooted in a bluesy style, her tone encompassed sweetness and heartache at the same time. She got her start in bands with Benny Goodman and Count Basie, and even appeared in a few jazz-themed films with Duke Ellington and Louis Armstrong. As told in her memoir, she lived a tough life, battling substance abuse through her later years. Other authors have also written about her life and work. 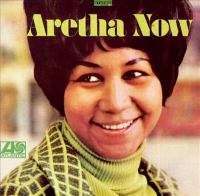 The daughter of a preacher, Aretha Franklin is now known as the “Queen of Soul.” In addition to having one of the most commanding singing voices, she learned how to play piano by ear. Franklin performed at three presidential inaugurations (Jimmy Carter, Bill Clinton and Barack Obama), was awarded the National Medal of Arts and Humanities in 1999 and the Medal of Freedom in 2005. She also received an honorary degree from Harvard University and became the first woman in the Rock & Roll Hall of Fame. Check out these books to learn more about the Queen of Soul. 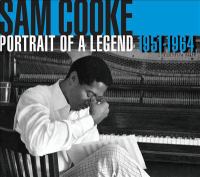 Starting off as a gospel singer in the Soul Stirrers before becoming a secular star, Cooke is Aretha’s counterpart as the “King of Soul.” Cooke’s song “A Change Is Gonna Come” became an anthem of the civil rights movement in the 60s, personally requested by Martin Luther King, Jr. at a benefit concert. A famous night in Miami in 1964 became a meeting of the minds for Cooke, Malcolm X, Cassius Clay and Jim Brown. 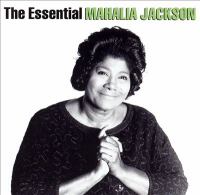 Mahalia Jackson is considered the greatest gospel singer in American history. A civil rights activist, she performed at the March on Washington in 1963 at the request of Martin Luther King, Jr. and then sang at his funeral. She was distinctly inspired by the civil rights movement’s organization within churches, and often performed at demonstrations for no charge to help raise funds. Read more about Jackson’s life. 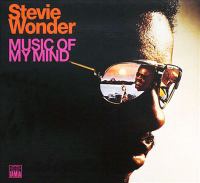 “Little Stevie Wonder” got his start in Motown at the age of 11 and saw Dr. King speak in Chicago at the age of 15. For years Wonder tried to get Dr. King’s birthday recognized as a national holiday, bolstered by his own song “Happy Birthday,” and in 1983 his work paid off. He has been a philanthropist for countless causes over the years, from famine to AIDS to Katrina relief. Wonder performed for Barack Obama’s inauguration in 2009, and received the Nelson Mandela Courage Award, the Gershwin Award for Lifetime Achievement and the Presidential Medal of Freedom. You can check out his biography Signed, Sealed, and Delivered by Mark Ribowsky to learn more about Wonder.

Nina Simone was a classically trained pianist who attended Juilliard. She only added singing to her performance after she began to play in nightclubs. Simone wrote and performed in a range of musical styles including classical, jazz, blues, folk, R&B, gospel and pop. An outspoken advocate of civil rights, she was friends Malcolm X and Martin Luther King, Jr. and played at demonstrations. Simone’s song “Mississippi Goddam,” written in response to the murder of Emmett Till and Medgar Evers, became an anthem that’s been selected for preservation by the Library of Congress. Discover more about Simone in her autobiography I Put a Spell on You. 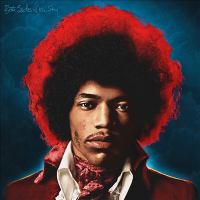 Hendrix broke all expectations of what rock music was or could be in the 60s. He was an ex-military paratrooper and an outspoken anti-war hippy who was a quarter Cherokee. Hendrix mixed those influences into a unique personal style. He got his break in England before finding his footing in America where he was a black man who outperformed all his peers in the white-dominated rock world. Hendrix was truly an original. His performance of the national anthem at Woodstock became a career milestone. Hendrix started to branch out into jazz and funk before his life was cut short at the age of 27.

We have several books about Hendrix including a book written by his brother Leon Hendrix. 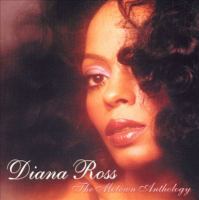 The Supremes was the first girl group to have a number 1 album in the U.S. They became the most successful American performers of the 1960s, rivaling the Beatles at their peak. The Supremes had 12 number 1 hits on the Billboard charts. Learn more about the group in The Story of The Supremes.

Beyond her career with The Supremes, Diana Ross went on to have a massively successful solo career leading the way to 70s disco with hits that enjoy success to this day. She also had a short career in Hollywood. You can read Randy Taraborrelli’s unauthorized biography of Ross. 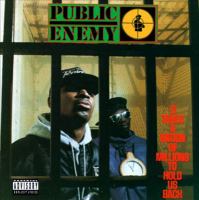 Public Enemy is widely recognized as one of the most important groups in rap. Chuck D and hype-man Flavor Flav’s clear personalities brought the political thought of Malcolm X and the Black Panthers to mainstream hip-hop. Their anthem “Fight the Power” reached a worldwide audience with its use in the opening credits of Spike Lee’s film Do the Right Thing. 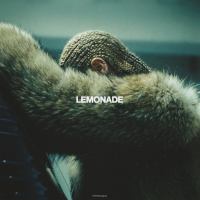 While she started in the R&B group Destiny’s Child, Beyonce has risen to the status of one of the most iconic and beloved singers the world over. Her career extends to movies and fashion, and anything she does is bound to make headlines. She’s the most-nominated woman in Grammy history with a whopping 70 nominations and 24 wins. Oh, and she also performed at both of Barack Obama’s inaugurations. 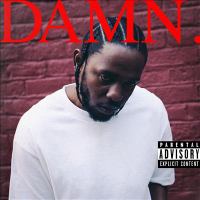 Kendrick Lamar’s ascent to the pantheon of rap icons happened fast, within the span of the 2010s. Each album he put out garnered perfect scores topping best-of-the-year lists. Lamar continually blends socially-conscious personal struggles in his lyrics with Compton-born street cred and live musicality from top musicians. He was selected by Disney to personally score the soundtrack for Black Panther. In 2018 his album DAMN. earned a Pulitzer Prize, cementing his place not just in rap but in American music history.

Black History Month is a time to learn and also a time to celebrate. These are just a small selection of the wide variety of African American musicians and groups available for you to check out at the library. Put some CDs on hold for curbside pick-up or use your library card on Hoopla to download music right to your smartphone!