My top picks for July’s new books all involve life-altering decisions and courage. The Paper Palace is a family drama that takes place in a single day as Elle recalls the events and secrets that led to a decision point in her marriage. In Sleeping Bear a father must save his daughter from a Russian prison even if that requires revealing his secrets. Propelled by her burning desire to survive, Zhu learns she is capable of doing whatever it takes to stay hidden from her fate in She Who Became the Sun. Navy SEAL Finn must find a serial killer to prove his innocence in Steel Fear. My last pick Radar Girls is an extraordinary story inspired by the real Women’s Air Raid Defense in WW II. Read on for more details of these books you’ll want to put on hold. 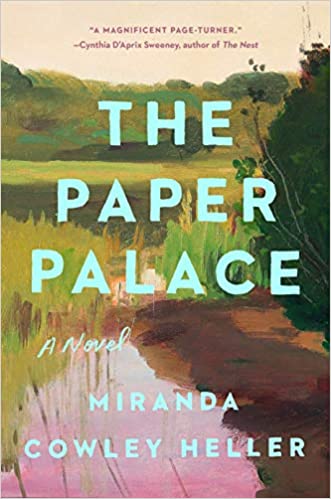 Every summer 50-year-old Elle has visited her family’s summer beach house, The Paper Palace. But this summer and specifically this July day, Elle has a major potentially life-altering decision to make. The night before she and and her oldest friend Jonas crept outside and had sex together for the first time. Both of their spouses were inside oblivious to Jonas and Elle’s extramarital activity. Will Elle stay with her beloved husband of 24 years or will she dive into life with her childhood love?

This story takes place in the course of one day as Elle recalls the events and secrets that led to this decision and weighs the complex factors that impact her choice.

“Set in the physical and psychic landscape of Cape Cod, The Paper Palace is a fever dream of a novel, luminous with love and shot through with humor and heartbreak. It is a book that explores the indelibility of childhood, what it means to be shaped by place, and all that is unpredictable about the human heart. I couldn’t put it down.” – Adrienne Brodeur, author of Wild Game 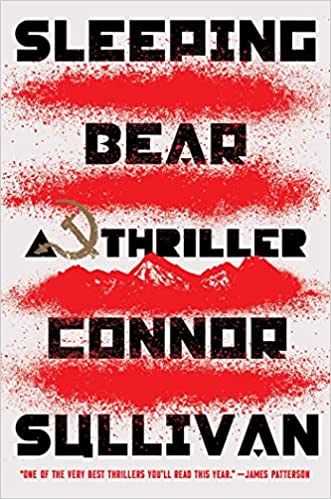 After her young husband’s untimely death, Army veteran Cassie Gale takes off for a few days of solitude in the Alaska wilderness before she starts her new job. When she fails to show up to her new job and her dog is discovered injured at her wrecked campsite, her father knows something is seriously wrong.

As it turns out, Cassie’s not the first person to disappear without a trace in Alaska’s northern interior. Bears. Wolves. Avalanches. Frostbite. Starvation. While there are many ways to die in Alaska,  some disappearances cannot be explained. Cassie is one of a number of outdoor enthusiasts who have vanished in recent years.

Regaining consciousness in a Russian prison, Cassie is trapped in a system designed to ensure no one escapes alive. She’ll need all her grit and skills to survive. Meanwhile, her father rushes to outrun the clock, scouring thousands of acres. Then he realizes she’s been taken by a nefarious adversary with the power of the Eastern Bloc behind it. He’s worried ties to his past life full of secrets will surface. He knows there’s a price to be paid, but he’s determined it won’t be his daughter.

“This is the best first novel I’ve read in years – a warp speed, super-charged thriller with great characters, vivid Alaskan and Russian settings, and a villain I truly despised.” –Robert Crais, #1 New York Times Bestselling Author of A Dangerous Man

3. She Who Became the Sun by Shelley Parker-Chan 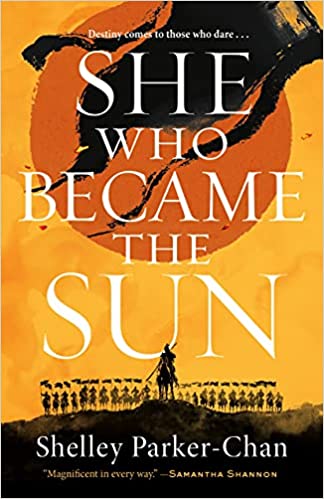 In 1345 China is under harsh Mongol rule. For the starving peasants of the Central Plains, greatness is something they only find in stories. When the Zhu family’s eighth-born son, Zhu Chongba, is given a fate of greatness, everyone is mystified as to how it will come to pass. The fate of nothingness received by the family’s clever and capable second daughter, on the other hand, is only as expected.

However, Zhu Chongba succumbs to despair and dies when their parents are killed in a bandit attack. Desperate to escape her own fated death, the girl uses her brother’s identity to enter a monastery as a young male novice. Propelled by her burning desire to survive, Zhu learns she is capable of doing whatever it takes, no matter how callous, to stay hidden from her fate.

After her sanctuary is destroyed for supporting the rebellion against Mongol rule, Zhu takes the chance to claim another future altogether: her brother’s abandoned greatness.

“She Who Became the Sun is an intense and sweeping epic that blurs the lines between rebellion and revenge, between fate and ambition, exposing the inherent violence of gendered ideologies and the traumas they create in ourselves and the world.”―Tessa Gratton, author of The Queens of Innis Lear 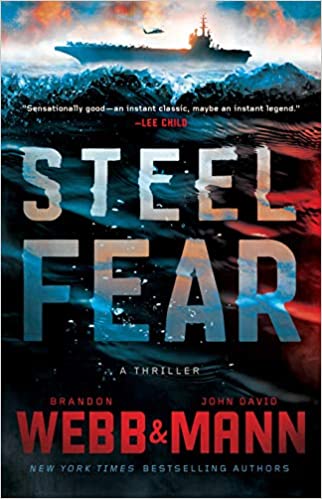 This novel is written by combat-decorated Navy SEAL Brandon Webb and award-winning author John David Mann. They are the perfect writing team for this thriller set aboard an aircraft carrier.

The story begins with Navy SEAL sniper Finn catching a ride home from the Persian Gulf on the U.S.S. Abraham Lincoln. He immediately realizes something is very wrong on this ship. Leadership is weak and morale is low. Then crew members start disappearing one by one.

At first it seems like a random string of suicides. But soon it’s clear there is something far more sinister on board – a serial killer. As the newcomer on the ship, Finn is the first suspect. He’s being sent home in disgrace, recalled from the field under the dark cloud of a mission gone horribly wrong. Finn’s also a lone wolf, haunted by gaps in his memory and the sense that something he missed contributed to civilian deaths on his last assignment. Finding the killer is his chance at redemption. Can he stay alive long enough to prove he’s not the killer?

“An absolutely amazing thriller! Steel Fear comes in hot and never slows down. Exciting, action-packed, and twisty from stem to stern. This will be one of the hottest books of the summer!”—#1 New York Times bestselling author Brad Thor 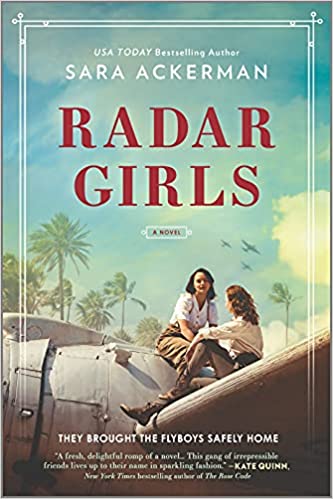 This is an extraordinary story inspired by the real Women’s Air Raid Defense. It’s an uplifting tale of pioneering, unsung heroines, courage, strength and sisterhood.

Daisy Wilder prefers horses to people, and bare feet and salt water to high heels and society parties. In the dizzying aftermath of the attack on Pearl Harbor, Daisy enlists in a top secret program. She and other female recruits will replace male soldiers in a war zone for the first time. These women guide pilots into blacked-out airstrips and track unidentified planes across Pacific skies.

Not everyone thinks the women are up to the job. The new recruits must rise above their differences and work side by side despite the resistance and heartache along the way. Daisy is determined to prove herself worthy. With the man she’s falling for out on the front lines, she cannot fail. From radar towers on remote mountaintops to flooded bomb shelters, she’ll need her new team when the stakes are highest. The most important battles are fought—and won—together.

“Radar Girls is a fresh, delightful romp of a novel featuring the little-known women of Hawaii recruited after Pearl Harbor to staff the islands’ radar stations. Heroine Daisy is thrown into the deep end guiding in wounded Air Force pilots and listening for Japanese attacks, while juggling family troubles and a budding romance, but she and her radar-girl gang of irrepressible friends live up to their work, their duty, and their code name Rascal in sparkling fashion. Sara Ackerman never disappoints!” —Kate Quinn, New York Times bestselling author of The Rose Code