Artist Dané Shobe is leading a summer event to help you make comics on June 25, 2022. I asked him some questions to learn about him and learn from his experience.

Tell us about your art and graphic training.

Actually, outside of high school art classes, I have no formal training and consider myself to be a self taught artist. However, books such as How To Draw Comics the Marvel Way and Drawing Dynamic Comics were helpful. YouTube is also a fantastic resource, as many professional comic artists such as David Finch and Todd Nauck have channels they upload to frequently, often with helpful tips.

When did you start drawing comics?

I have been drawing from my earliest memories, so about 3 years old. I remember distinctly that my first drawing was of a Teenage Mutant Ninja Turtle on the back of a puzzle piece.

Other than your own, what are your favorite comics and graphic novels? 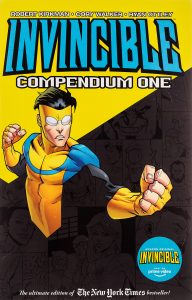 My favorite comic series of all time is called Invincible by Robert Kirkman (creator of The Walking Dead) and drawn by Cory Walker and Ryan Ottley. Recently, it was adapted into a cartoon for Amazon Prime, though I would not recommend it for children. I love the imagination behind it, as well as the art – it truly is a love letter to comics. I’m also a fan of Mike Mignola’s Hellboy, and of course, Marvel and DC comics such as Spider-Man and Batman.

Did you use the library as a kid? Are there any library memories that stand out?

I used to go to the library a lot as a child! My mother was a big fan of audiobooks, and it was probably my first real exposure to computers. Back then, they had a lot of educational and art games on the computers that are rudimentary by today’s standards, but I loved it.

If you were a cartoon character, who would you be?

I think I would be either the Green Lantern (John Stewart) or Spider-Man (Miles Morales).

What is your superpower?

My superpower is that I dabble. I’m an actor, writer, singer and comedian as well as an artist. I was fortunate enough to have parents who supported every interest I ever had. So it made me believe people can do anything they set their minds to. I believe everyone is special, and everyone has talents and skills that appear like super powers to someone else. 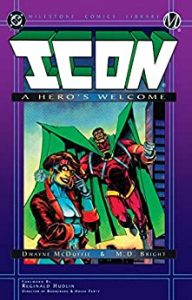 What book or series would you love to see turned into a movie?

What is your advice for young artists?

Be patient. Don’t compare yourself to others. Some things come easier to other people, but that doesn’t mean  you aren’t talented. And most importantly, never let anyone tell you your dreams aren’t realistic.

Don’t miss your chance to get creative with Shobe in person at the Making Comics event Sat, June 25, 1-2pm, Marvin Auditorium BC. The event is geared toward kids and teens.

I am a father, a writer and a former teacher. As a Bookmobile Associate, I get to combine my two favorite things: driving and reading! (Not at the same time.) I also enjoy walking my dogs, singing and I wouldn’t say no to a cookie, if you’re offering.