Publishers are releasing an exciting variety of new books this month and I’m recommending five you don’t want to miss. Damnation Spring will keep you turning pages with mystery, family drama and environmental issues. You’ll be pulled into a locked-room mystery and dark thriller as soon as you start In My Dreams I Hold the Knife. The Last Mona Lisa is a historical and contemporary tale of intrigue, family secrets, obsession and art. The Guide is a timely thriller about a virus-free zone for the wealthy and sinister activities hidden in a beautiful natural setting. My last pick, The Last Chance Library, is a heartwarming story about quirky characters, community, a library and love. I suggest you log into your library account right now so you can start adding these to your hold list as you read on for more details. 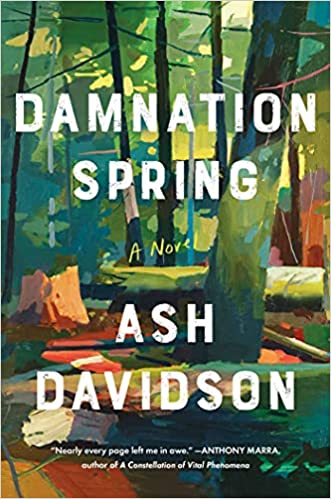 Rich Gundersen is continuing his family’s logging tradition of chopping redwoods on California’s rugged coast. His dad was killed on the job doing the same work. Rich and his wife Colleen are raising their young son near the redwood grove Rich works on.

It’s 1977 and there aren’t many unprotected groves available for logging. In the hopes of securing a better and less dangerous life for his son, Rich uses all his family’s savings (without consulting Colleen) to buy a redwood grove. Colleen has lost several pregnancies so Rich is sure they won’t need the money for more children.

Colleen is a midwife who’s seen many other women in the area have miscarriages. She’s starting to wonder if herbicides the logging company (Rich’s employer) use are to blame for the high number of miscarriages. Her search for answers may threaten Rich’s plans for starting his own company, their marriage and their small town.

“A sweeping family saga of love and grief and the deeply personal tragedies that occur when our planet is abused. This is the kind of novel I’ve been craving for ages. Ambitious in its scope, masterful in its execution. This stunning story, written in pitch-perfect prose, announces Ash Davidson as a major new voice in American Literature. Every page stirred my soul.” —Emily Ruskovich, author of Idaho

2. In My Dreams I Hold a Knife by Ashley Winstead 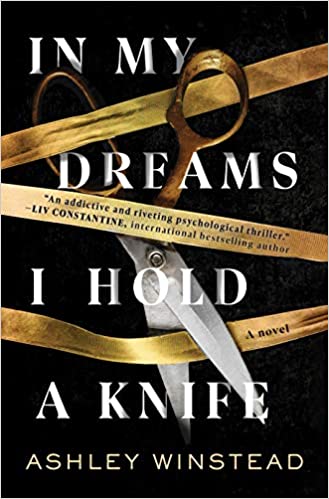 Ten years after graduation Jessica is ready for a triumphant return to her elite southern school, Duquette University. She wants everyone to see her as confident, beautiful and indifferent. Which is very different than the woman she was when she graduated. Her last year of school and her tight bond of six friends were ruined by Heather Shelby’s murder.

However, someone else at Duquette has not moved on in the last 10 years. They cannot let Heather’s murder continue to go unsolved. Someone is determined to trap the killer and make the guilty pay. The six friends will be forced to confront what happened to Heather and their secrets.

“Fans of The Secret History, Ruth Ware, and Andrea Bartz will devour this dark academic thriller with an addictive locked-room mystery at its core. Ten years after an unsolved campus murder, the victim’s best friends reunite, knowing one might be a monster—but is anyone innocent? Over the course of a single shocking night, Ashley Winstead peels back lie after lie, exposing the poisoned roots of ambition, friendship, and belonging itself. An astonishingly sure-footed debut, In My Dreams I Hold a Knife is the definition of compulsive reading. The last page will give you nightmares.” – Amy Gentry, bestselling author of Good as Gone, Last Woman Standing and Bad Habits 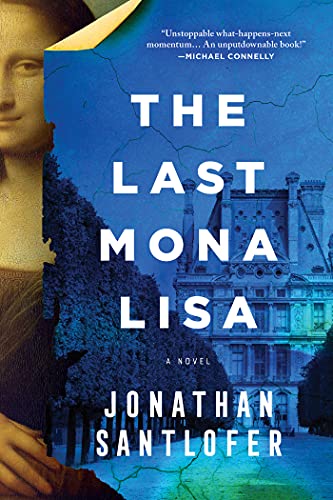 August, 1911: The Mona Lisa is stolen by Vincent Peruggia. Exactly what happened in the two years before its recovery is a mystery. Many replicas of the Mona Lisa exist. More than one historian has wondered if the painting  returned to the Louvre is a fake, switched in 1911.

Present day: Art professor Luke Perrone digs for the truth behind his most famous ancestor: Peruggia. His search attracts an Interpol detective with something to prove and an unfamiliar but curiously helpful woman. Luke tumbles deep into the world of art and forgery, a land of obsession and danger.

“From its seductive first pages, The Last Mona Lisa carries us along on an utterly irresistible time-jumping, continent-leaping tale of intrigue and family secrets, obsession and the ineffable power of art itself. I could not put it down.” – Megan Abbott, bestselling and award-winning author of Give Me Your Hand and The Turnout

4. The Guide by Peter Heller 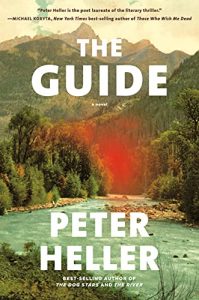 Kingfisher Lodge is nestled in a canyon on a mile and a half of the most pristine river water. It’s known by locals as “Billionaire’s Mile” and is locked behind a heavy gate. Sandwiched between barbed wire and a meadow with a sign that reads “Don’t Get Shot!” the resort boasts boutique fishing at its finest.

Safe from viruses that have plagued America for years, Kingfisher offers a respite for wealthy clients. Jack is hopeful it will give him a second chance and a return to normalcy. When he is assigned to guide a well-known singer, his only job is to rig her line, carry her gear and steer her to the best trout he can find. Then a scream pierces the night. Jack soon realizes this idyllic fishing lodge may be a cover for a far more sinister operation.

“Peter Heller is the poet laureate of the literary thriller, and The Guide offers further proof for the case. Powered by Heller’s trademark prose, which alternately thunders and eddies like his beloved western rivers, this sinister and soulful story unfurls so skillfully that it’s easy to ignore all the layers beneath—but you shouldn’t. Heller writes about the eternal questions and the exquisite details, and he knows the places where they intersect in the human heart and the natural world.”—Michael Koryta, New York Times bestselling author of Those Who Wish Me Dead 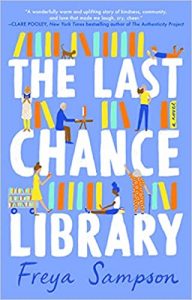 Shy and reclusive librarian June Jones has never left her sleepy English village. At 30 she prefers books to socializing. When her library is threatened with closure she decides to step out and save the heart of her community.

June is joined by an eccentric group of locals who campaign to keep the library open. With this group she starts to open up for the first time since her mother died. Her old school friend Alex Chen happens to be back in town and offers to help. Everyone, except June, can see Alex has feelings for her.

Will the changes June is making to save the library change her life?

“Both spellbinding and tender, The Last Chance Library is a gorgeous love letter to books, a celebration of the characters that make a community, and an inspiring call to muster our courage and fight for the things that matter. Simply put, this book is sublime.”—Libby Hubscher, author of Meet Me in Paradise