Told from the point of view of Sansei (third generation) Japanese Americans, Resilience—A Sansei Sense of Legacy is an exhibition of eight artists whose work reflects on the effect of Japanese American internment in World War II as it resonated from generation to generation. Resilience will be on view in the Alice C. Sabatini Gallery until May 22, 2022. Here’s a spotlight on one of the exhibit’s artists Wendy Maruyama in her own words.

I am an artist, furniture maker, and educator. In recent years, I have transitioned from the making of traditional craft objects into the realm of social justice with a focus on Japanese incarceration. I am a Sansei — my grandparents immigrated to the United States from Japan in the late 1800s. My father’s side of the family became farmers in Colorado. My mother’s family settled in California where my grandfather owned a fishing boat; he was forced out after President Roosevelt issued EO 9066. However instead of going into a camp, they chose to “self-evacuate,” eventually making their way to Colorado as well — I often refer to people who made this decision as “invisible incarcerees” in that they suffered a different set of circumstances and discrimination on the “outside.”

A Question of Loyalty from the series Executive Order 9066, 2010 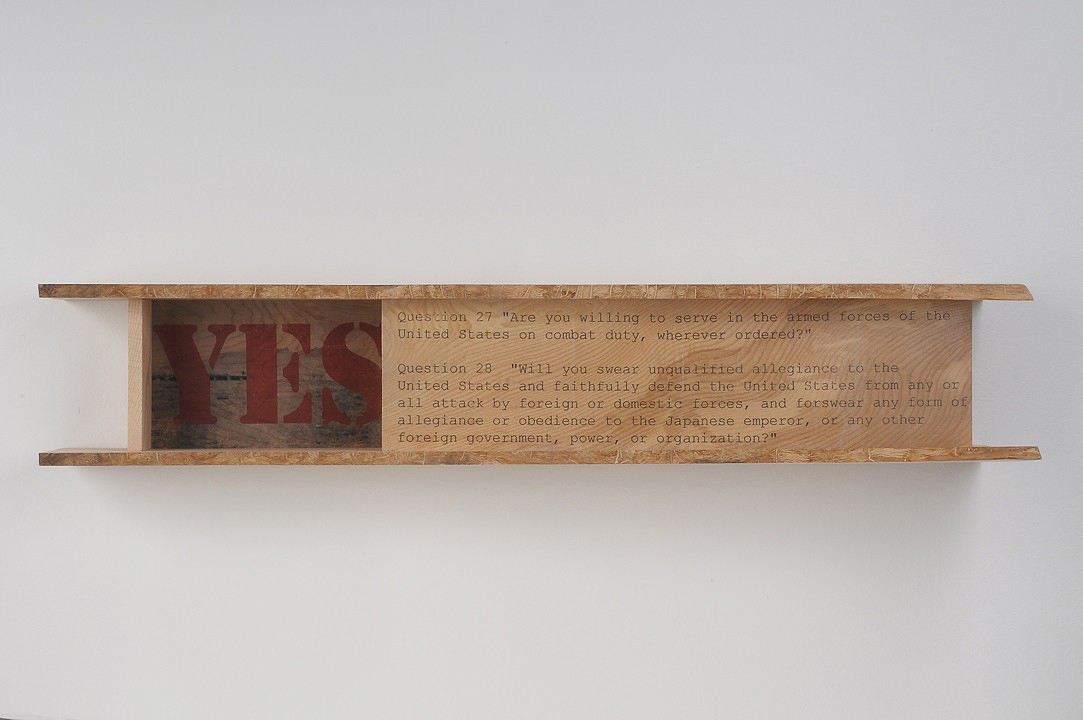 At the beginning of their incarceration, officials gave Japanese Americans and resident aliens of Japanese descent a questionnaire to determine their loyalty to the United States. Among the questions were the infamous final two: question 27 asked if they were willing to serve in the armed forces, and question 28 if they would renounce the Japanese emperor and swear allegiance to the U.S.

A Question of Loyalty addresses the dilemma faced by internees: checking “yes” or “no” wouldn’t change the outcome of imprisonment or classification as “enemy aliens.” Answering “yes” meant they would stay captive in their current camps while answering “no” would mean they would be moved to a different camp for incarceration. Those who answered negatively to both questions earned them the moniker of being “No-No Boys”— they and their families were sent to the infamous highest security camp at Tule Lake known for imprisoning those perceived most disloyal. 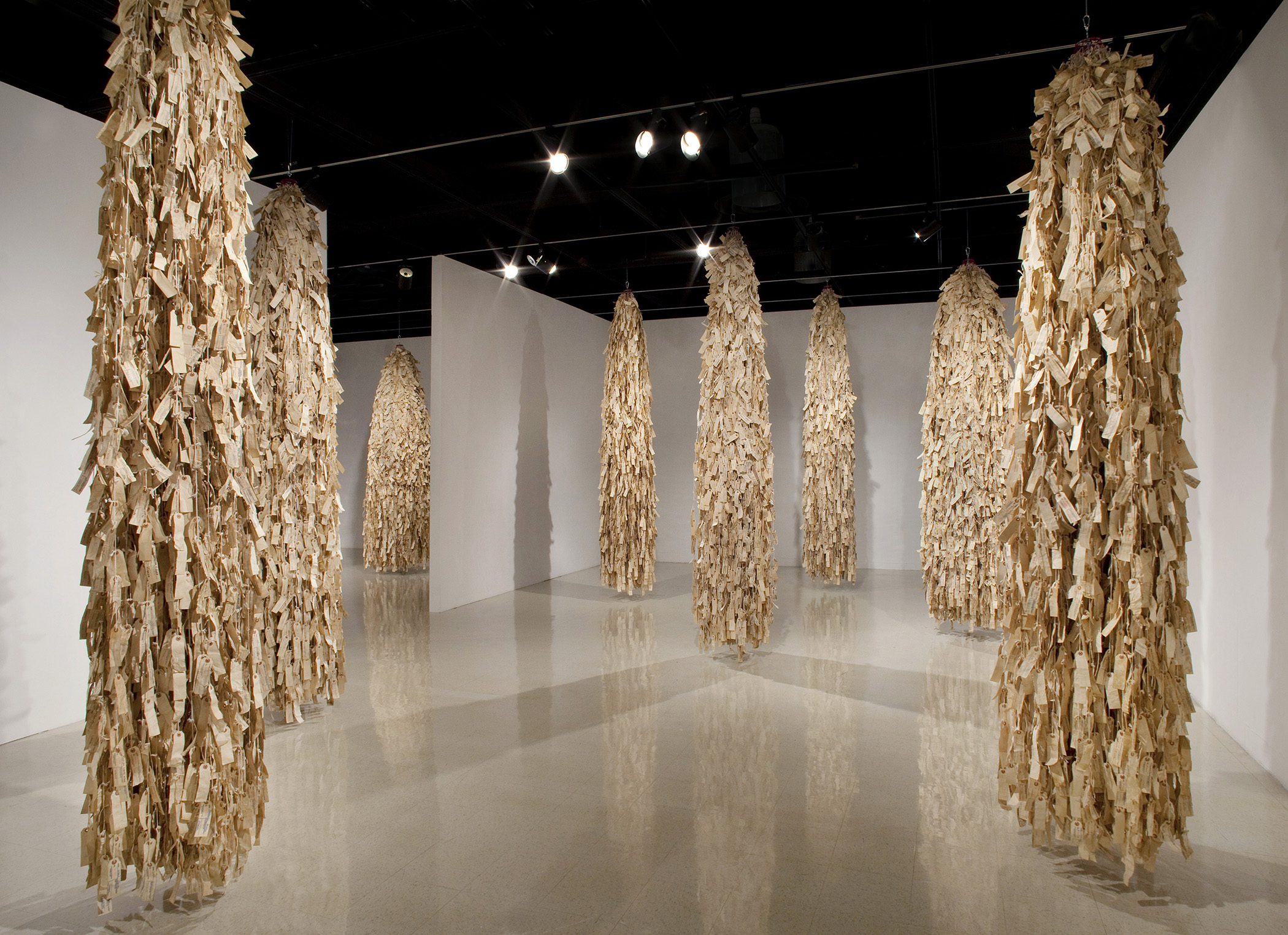 The Tag Project consists of 120,000 replicas of the paper identification tags worn by Japanese American incarcerees while they were being relocated to the camps. Maruyama grouped the tags into a total of ten sculptural bundles to be suspended from the ceiling, each representing one of the camps. The Tag Project evokes a powerful sense of the loss endured by the innocent prisoners and the sheer number of those displaced. Note: due to space constraints we have one of the Tag Project sculptural bundles, Tule Lake, on display in the Alice C. Sabatini Gallery.