Told from the point of view of Sansei (third generation) Japanese Americans, Resilience—A Sansei Sense of Legacy is an exhibition of eight artists whose work reflects on the effect of Japanese American internment in World War II as it resonated from generation to generation. Resilience will be on view in the Alice C. Sabatini Gallery until May 22, 2022. Here’s a spotlight on one of the exhibit’s artists Tom Nakashima in his own words.

I was born in Seattle’s Japantown to a Nisei father and Canadian mother of Irish/German/Jewish/Catholic ancestry. Although I am of mixed ancestry, I have always considered myself Japanese. Many themes I regularly address in my work may be related to being born a racially mixed Japanese American Roman Catholic. Added to this was the shock of the bombings of Hiroshima and Nagasaki, which happened just before my 5th birthday. I recall the famous tragic pictures in Life and Look magazines. The stories of my extended family’s incarceration, combined with my limited sense of belonging, created an artistic vision that made me doubt my place in terms of self, family and tribe.

Having participated in several exhibits with incarceration as the theme, I am finally feeling that I just may now be a part of that tribe. By a twist of fate, my father was drafted into the Army Medical Corps just before WWII and my immediate family was sent to Camp Chaffee, Arkansas, while my dad went off to serve in North Africa, Burma and India. At that very same time, my extended family was sent to Minidoka and Tule Lake American Concentration Camps.

I dedicate my work in this exhibition to my Uncle Ted Nakashima — a nail that stuck up and got pounded down. He wrote in The New Republic, his now famous essay, “Concentration Camps: U.S. Style,” for which he was sent with his wife Mako to the horrendous Tule Lake Segregation Camp. 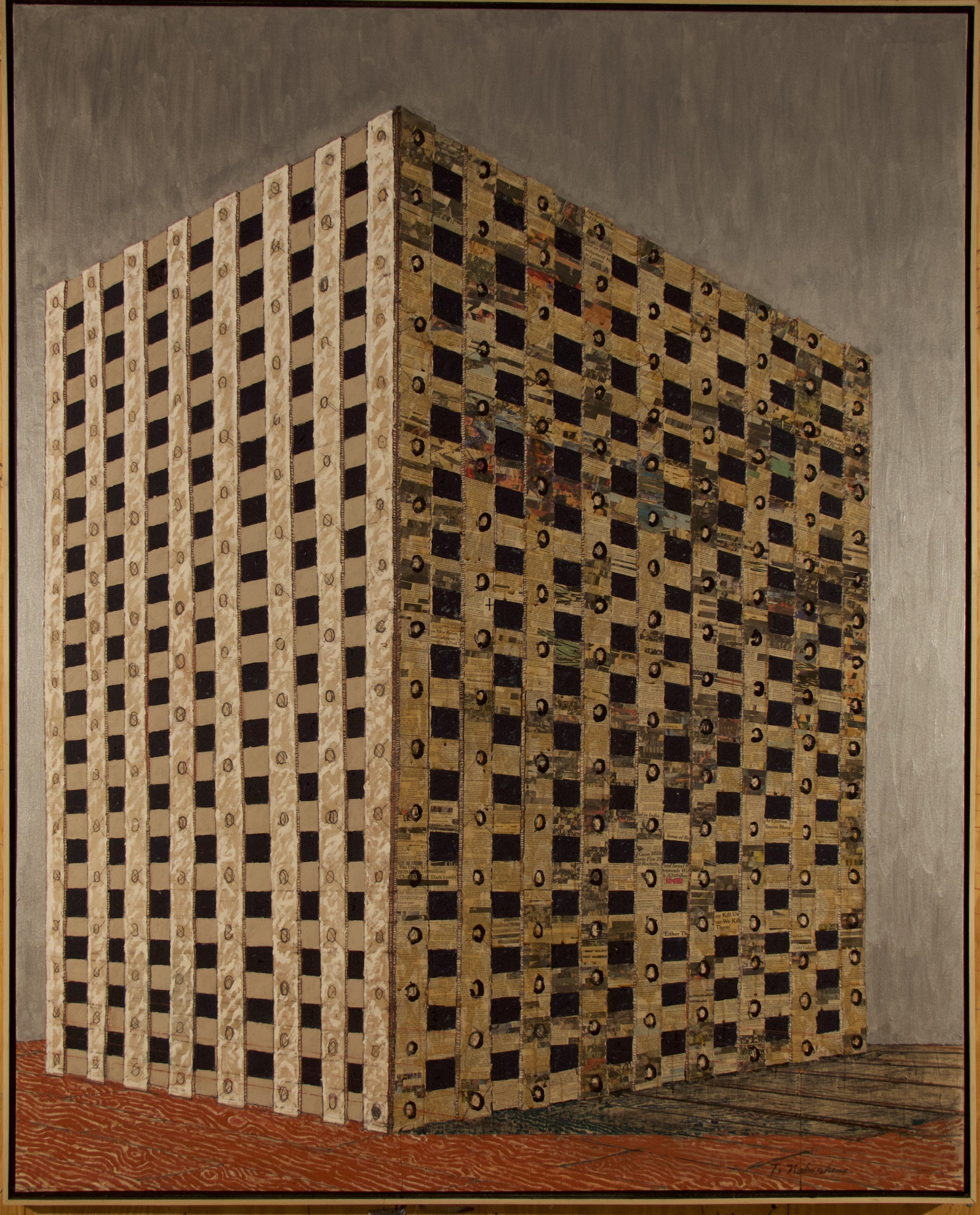 Tule Lake/Manzanar Jail is a metaphor for Nakashima’s concern about the Fort Bliss migrant children shelter outside El Paso, Texas, which houses some 4,000 migrant children near a former WWII-era incarceration site, the Crystal City Family Internment Camp. The jail image is based on the steel cages used for solitary confinement in incarceration camps at Tule Lake and Manzanar.

Barrier Against the Wind, 2019

Tom Nakashima uses a four panel byōbu (Japanese folding screen) to juxtapose past and present themes in his work—sanctuary, cage and portrait—under the general theme of incarceration. The portrait theme is represented by his uncle Ted, who wrote an essay for The New Republic titled “Concentration Camps: U.S. Style,” replicated in its entirety onto another panel in the screen. The fish held captive in the “sanctuary” closes the final chapter on the screen.