Told from the point of view of Sansei (third generation) Japanese Americans, Resilience—A Sansei Sense of Legacy is an exhibition of eight artists whose work reflects on the effect of Japanese American internment in World War II as it resonated from generation to generation. Resilience will be on view in the Alice C. Sabatini Gallery until May 22, 2022. Here’s a spotlight on one of the exhibit’s artists Reiko Fujii in her own words.

My art is based on my life experiences, with an emphasis on an ongoing inquiry into my Japanese American roots. Working with my family’s experiences in WWII American concentration camps, along with my mother’s memories of growing up on a chicken farm in Riverside, CA, and my father’s stories from his years of early education in Esumi, Japan, have given me a clearer understanding of my Japanese American heritage. By creating installations that include family artifacts, objects I make, and videos I produce, I reframe my memories and family stories, viewing them in the context of American history. 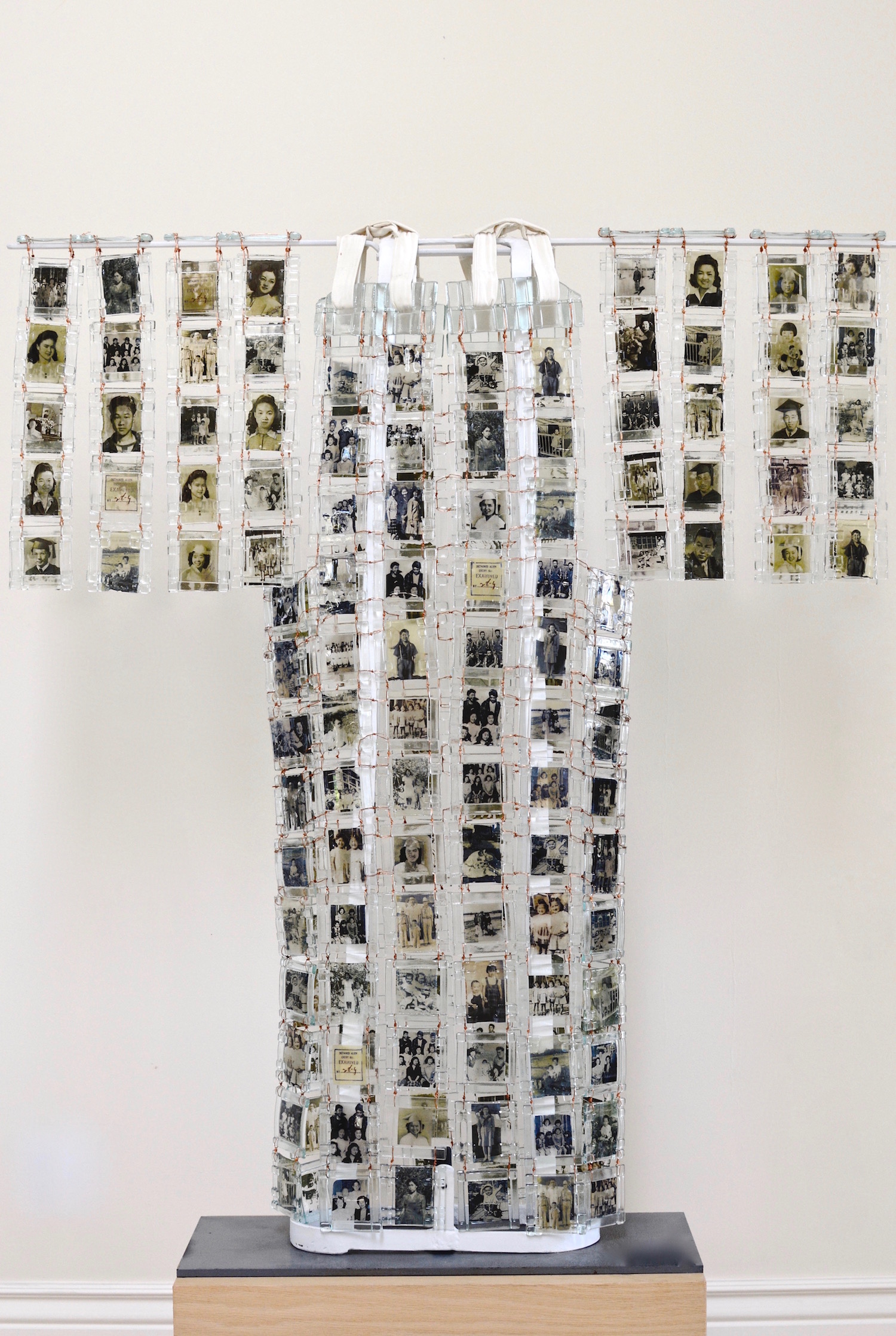 In 2010 Reiko Fujii began working on a documentary video that explores the different attitudes of family, friends and acquaintances while they were incarcerated in WWII American concentration camps. She collected personal photographs of the interviewees and their families during the time of their incarceration and used the images in the documentary. Fujii honored the experiences of the 120,000 incarcerees by creating a glass kimono using the collected images.

The kimono is made of 2,000 hand-cut pieces of glass and includes 224 photographic images fused onto glass squares meticulously tied together with copper wire. Fujii said, “The kimono is designed to be worn and to make the sound of wind chimes when the glass frames strike against one another. After making my first Glass Ancestral Kimono, I learned that during the Obon Festival in Japan, the ancestors are often called back with the sound of wind chimes.”

In the gallery you can watch her documentary to hear the sound of the Glass Kimono and see how it is worn.