Macramé, a once-trendy pastime of the 1970s, is re-emerging in the era of Instagram and Pinterest with a fresh and modern twist. The jute owls of yore have transformed into decorative accents that you’d be proud to have in your living room. Macramé artisans online are mixing their bohemian textile skills with a clean, minimalist aesthetic to bring this art form back into popularity.

The history of macrame is fascinating. Humans have been tying “functional” knots since the prehistoric period. Macramé’s knot-tying origins can be traced back to 13th-century Arabic decorative weavers who used the knots to secure loose ends of woven textiles, like towels and shawls. Many believe the term “macramé” comes from the Arabic word migramah or “fringe.”

Beginning in the 1700s, European sailors spread the knowledge of tying knots around the world. This knowledge was considered “common property” and sailors bartered their prized knot knowledge for instruction on unfamiliar knots. Eventually, this knowledge was so widely distributed that it grew into a worldwide folk tradition. 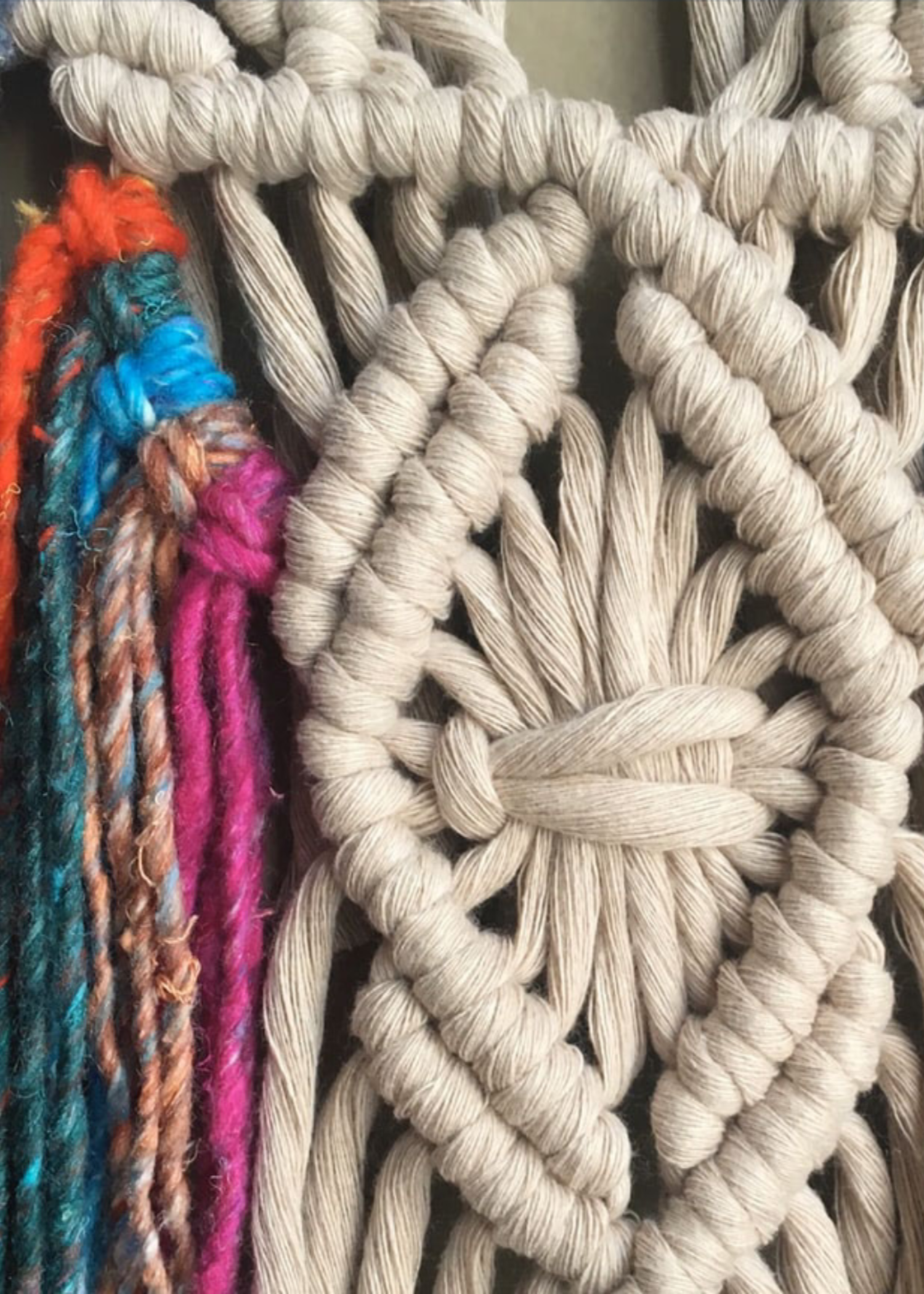 Sailors weren’t the only ones spreading the Arabic techniques. The Moors introduced macramé to Spain in the 15th century. Macramé eventually made its way to France, Italy and England.  Even Queen Mary II taught her ladies-in-waiting the skill. The Victorian Era saw another surge in the art form as a popular hobby for women and macramé details decorated nearly everything.

In the mid-1800s when libraries became regular installments on boats in an effort to educate sailors, knot-tying fell to the wayside both on sea and shore. After all it is difficult to hold a book and use your hands for knot tying. I recommend using the audiobooks on Hoopla or OverDrive if you are going to try this at home. According to The Ashley Book of Knots, sailors eventually returned to knot-tying in the second quarter of the 20th century due to the freedom of a little device called the radio.

To cord or not to cord? 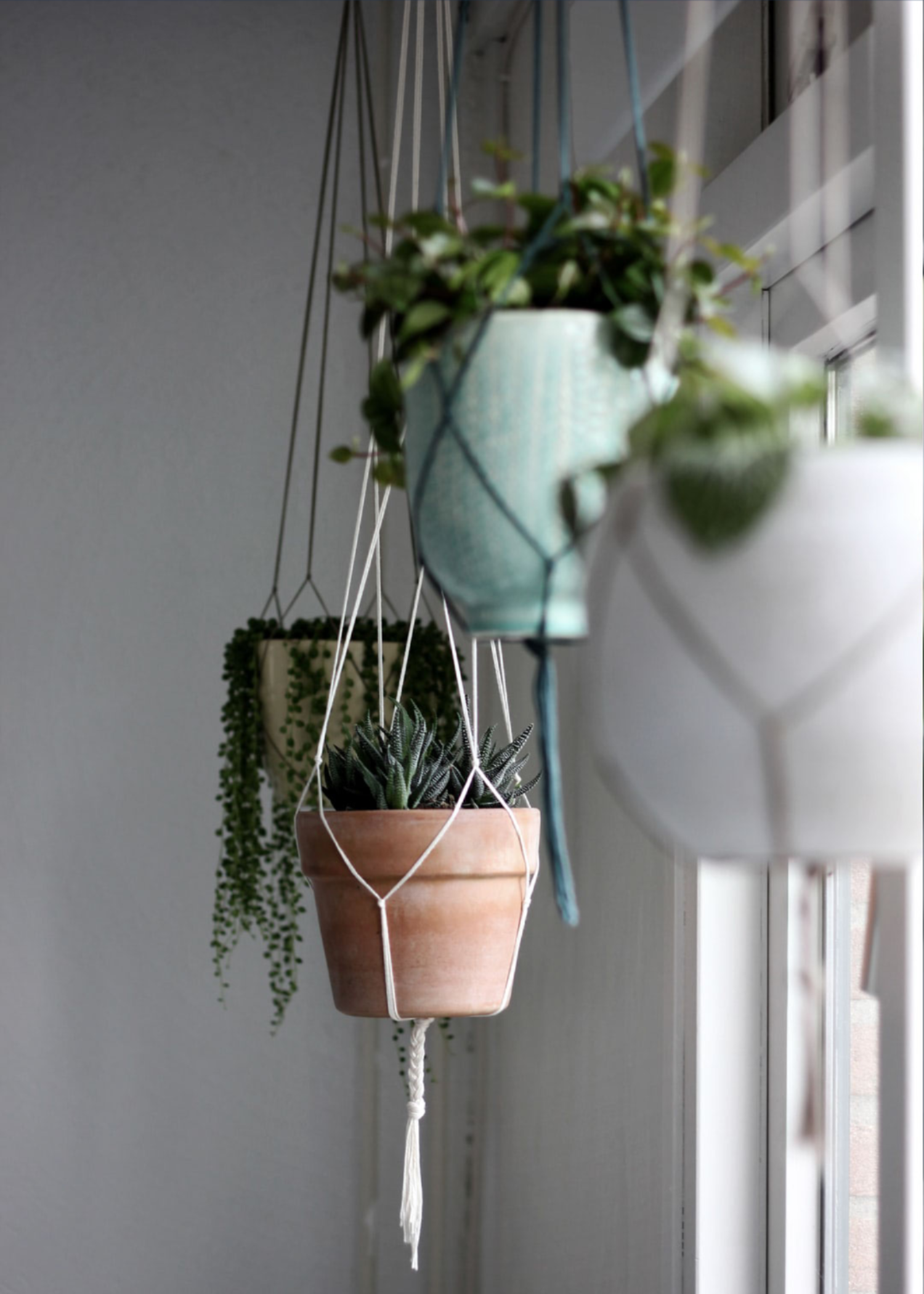 That brings us to the era that most people think of when they hear the term macramé. The 1970s brought a comeback of macrame that was over-the-top and uninhibited, very unlike the macramé of the Victorian era. Most anything you could imagine was made from macramé, including clothing, shoes and jean short accents. Jute and cotton twine were popular materials, but could be rough on your hands if you didn’t already have sailor’s calluses.

Technological advances since the 1970s have allowed for more cotton-blend cords that are strong and softer to work with. On my plant hanger project, I got excited and impulsively used yarn instead of cord, giving me a finished product that was too stretchy. Over time my knots have separated a bit. I learned a lot by making mistakes and learning how to fix them as I went along. I encourage you to do the same. 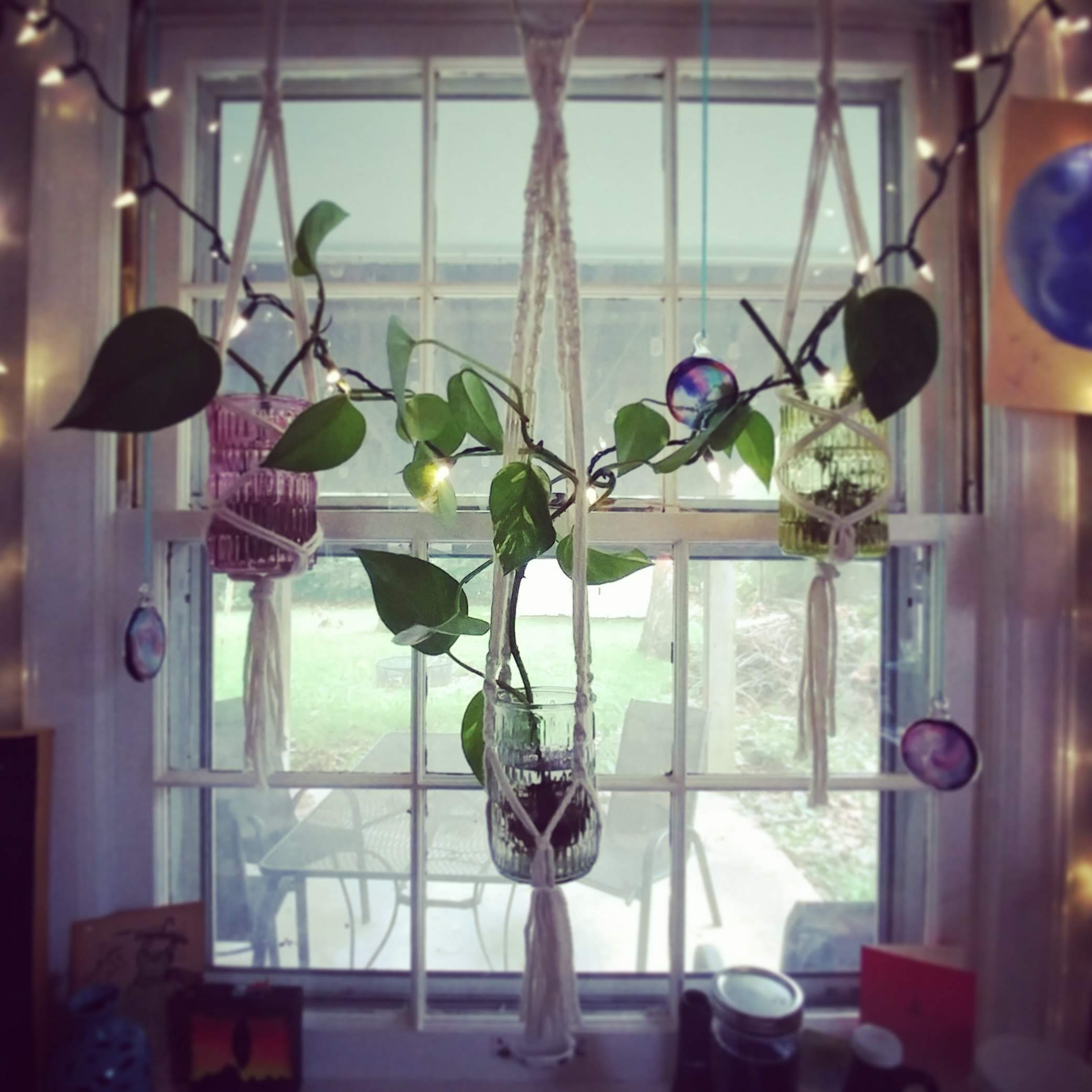 My macramé plant hangers in action!

Take a moment and think of some ways you can add macramé accents into your life. Have a succulent you’re trying to showcase? Make a plant hanger. Have a wall that is in need of some bohemian decor? Try your hand at a wall-hanging. Like to feel like you are a part of those Victorian Historical Romances? In Sylvia’s Book of Macrame Lace you can learn just like they did back in 1882. You can even make it a group activity if you are so inclined.

It’s about having a good time creating something you can be proud of. My simple plant hangers brought happiness since my first clumsy attempt and my plants don’t seem to mind. In the future, I’d like to make some feather earrings or even dip-dye a bigger piece for an ombré effect. There are so many possibilities! What will you make for your macramé masterpiece?

Julie has always been a bit of a hobbyist explorer and documentarian. In her role as a Public Services Specialist, she loves helping people find what interests them. Julie's interests include painting, photography, listening to podcasts, journaling, camping, fumbling around on her ukulele, star-gazing, attempting to understand her cat, Bitty, and reading at her favorite local coffee shop.