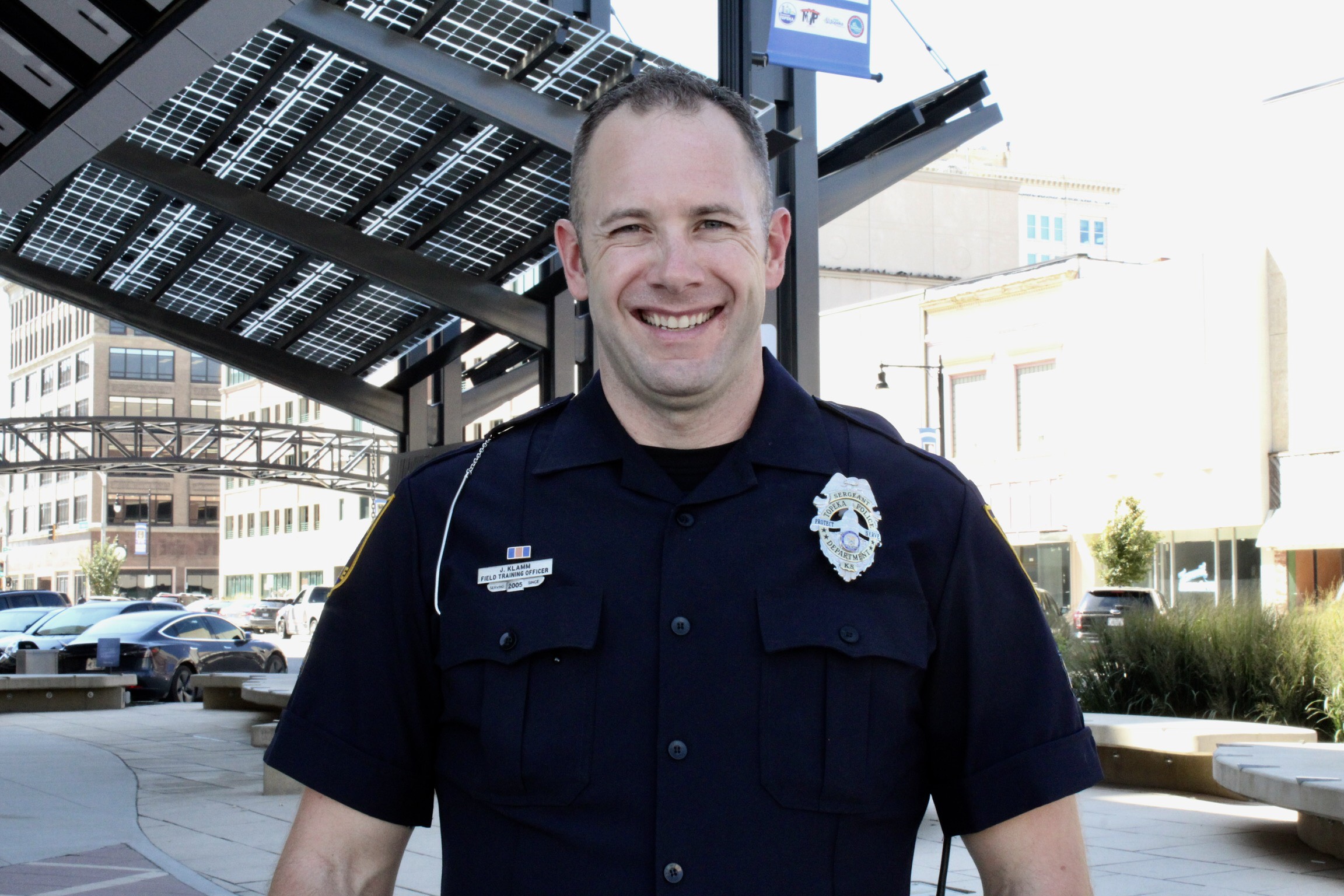 The Topeka Crisis Intervention Team was the topic of the May 4, 2021, League of Women Voters Topeka-Shawnee County Tuesday Topics presentation by Topeka Police Department Sgt. Josh Klamm and Valeo Co-Responder Laura Brake. We’ve provided highlights below. The library is a partner with the League of Women Voters Topeka-Shawnee County in sharing nonpartisan civic information.

What is the Crisis Intervention Team (CIT)?

CIT is a “community based approach to improving outcomes for first responders who have encounters with people experiencing mental health crises”[and] a “partnership of law enforcement, mental health and addiction professionals, individuals who live with mental illness and/or addiction disorders, their families, and other advocates.”

The mental health statistics for Americans are staggering:

CIT’s goals are to gain awareness of mental health issues, increase officers’ awareness in recognizing people with mental illness, learn how to intervene safely/effectively, provide avenues for diversion from jail to mental health services, and reduce “high utilizer” calls. “High utilizers” are individuals who call 911 multiple times an hour or a day, or individuals who go the emergency room (ER) when they aren’t in a medical health crisis. The individuals who go to the ER when they don’t need to are preventing those who need an ER bed from getting a bed quickly. People who call 911 frequently are taking operators away from real emergency calls.

How did CIT begin in Topeka?

After an incident, the question that started CIT training is “Could anything have happened prior to this 911 call to prevent this?” CIT began in Memphis, Tennessee, in 1987. It started in Shawnee County in 2007 and the first training took place in 2008. That same year Valeo began offering mobile responses through communications between Valeo and the Topeka Police Department. The mobile response method evolved to its current model. Mental health providers from Valeo team with CIT trained police and Shawnee County Sheriff officers.

In 2013 Valeo hired one crisis responder and they hired a second in 2015. Co-responders may contact other community partners to free a law enforcement officer to respond to other emergency calls. In 2020 crisis co-responders answered 1,181 calls resulting in 4 percent going to jail, 6 percent to an Emergency Room,and 61 percent referred to mental health services.

In a third of the calls the people are already involved in mental health services through Valeo Behavioral Health or the VA or private services. Two-thirds of the people aren’t currently accessing mental health services and may not be aware of what services are available. Valeo also informs families of those in crisis about available services. CIT staff follow up on past calls  patrol responded to during busier times to make sure those people are referred to resources even when CIT didn’t respond to the original call.

What other partners and services are involved?

Community partners in this important program include the following:

CIT focuses on first responder interactions with people with mental illness. Some other interventions in our community include:

Future plans for the Behavioral Health Unit include implementing the following:

To provide necessities for people who are unsheltered or in poor or inadequate home situations, a Mobile Access Partnership (MAP) will begin this year. This is a partnership of Valeo, Topeka Rescue Mission, Stormont Vail and the Topeka Police Department. Local churches will host a mobile facility to provide shower, laundry and restroom accommodations. Later in the year the group will launch a mobile food pantry and a mobile facility for health services.

League member Dennis Bosley, who originally suggested CIT to the Topeka Police Department, said, “There is nothing like Topeka’s Crisis Intervention Team within 500 miles! The Topeka community is fortunate to have such innovative, caring professionals and volunteers dedicated to helping those who suffer from mental illness and/or addiction and their families.”