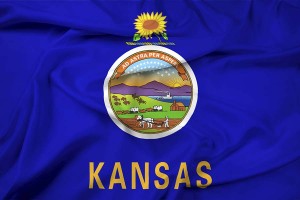 The Kansas Oral History Project is a non-profit corporation dedicated to preserving and providing access to the voices of Kansans in all walks of life including those in public policymaking. I sat down (on Zoom) with Ramon Powers, former director of the Kansas Historical Society and current president of the Kansas Oral History Project, Inc., and Mary Galligan, the Project’s board secretary. Their excitement about this project inspired me. I especially wanted to find out what people can learn from listening to the interviews or reading the transcripts.

Understanding the Political Past

“These interviews reveal the actual way the system works, the system of democratic government, versus the technical way you learn about in a textbook on Kansas state government. Beyond that there are interesting human stories that come out in these interviews.” Powers shared some examples:

The interviews bring out how the legislative process works. It’s complex. The current interviews cover the public careers of people active from 1970 to the first decades of the 2000s. There is more focus on the 1980s and 1990s. This includes a period when there was a significant increase of numbers of women in the legislature. There are several interviews of former women legislators. Some of those former legislators describe their challenges as “firsts” in leadership positions.

In these interviews, you can see they dynamics of public policy making. The official record and news reporting do not generally capture these details.

“The issue of leadership is particularly striking because we went into this process with the notion that we were interviewing leaders,” Powers said. “We explored former legislators’ views of leadership by having them talk about it. I was struck by the number of times they talked about seeking to achieve the common good, for everybody. We heard an expression of a conscious awareness that they were there serving all the people of the state.”

Galligan spoke enthusiastically about the value of these interviews. “One of the things I walk away from when I read the transcripts or listen to the recordings is most of the people who have been elected to office are really ordinary people who felt a need to serve their communities,” Galligan said.

We know it’s our responsibility to register to vote, be an educated voter and to vote in elections. But beyond those duties, we don’t often talk about the other opportunities.

“I think this part of civic engagement isn’t said often enough: that most of the good things that happen for communities happen because regular people step up and do the right thing,” said Galligan. “And that is one of the things that comes through loud and clear in these interviews. In one interview, a Senator from Topeka describes raising kids and going to law school while serving in the legislature. Many stories are like that. Someone saw something going on in the community, talked to a few neighbors and then walked down and filed for office. The rest is history. That’s a story that needs to be told and retold.”