Trivia Q. What state is home to the National Cookie Cutter Museum?

Trivia A. The National Cookie Cutter Museum is part of Joplin, Missouri’s Museum Complex with a mineral museum, a historical museum and the Merle Evans Miniature Circus. Check out this booklist of holiday cookie cookbooks or browse the cooking sections for other cookie cookbooks. 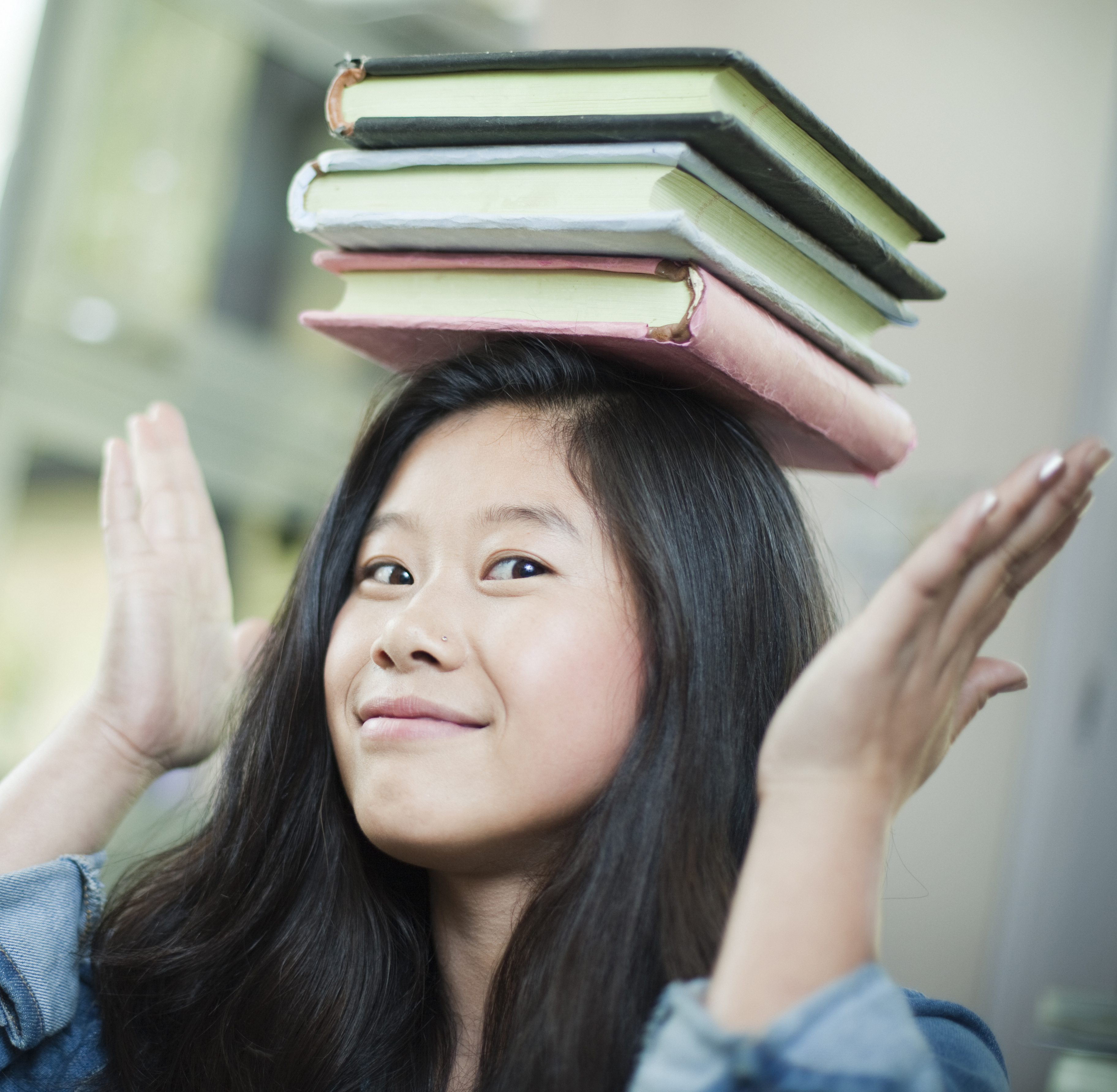 Trivia Q. What is the record for the most people balancing books on their heads at the same place and time?

Trivia A. According to Guinness World Records the record for most people balancing books on their heads at the same place and time is 998 in Sydney, Australia in 2012.

Trivia A. Cookie Monter’s real name is Sid according to Smithsonian.com. You can check out more than 150 Sesame Street videos and books with your library card. 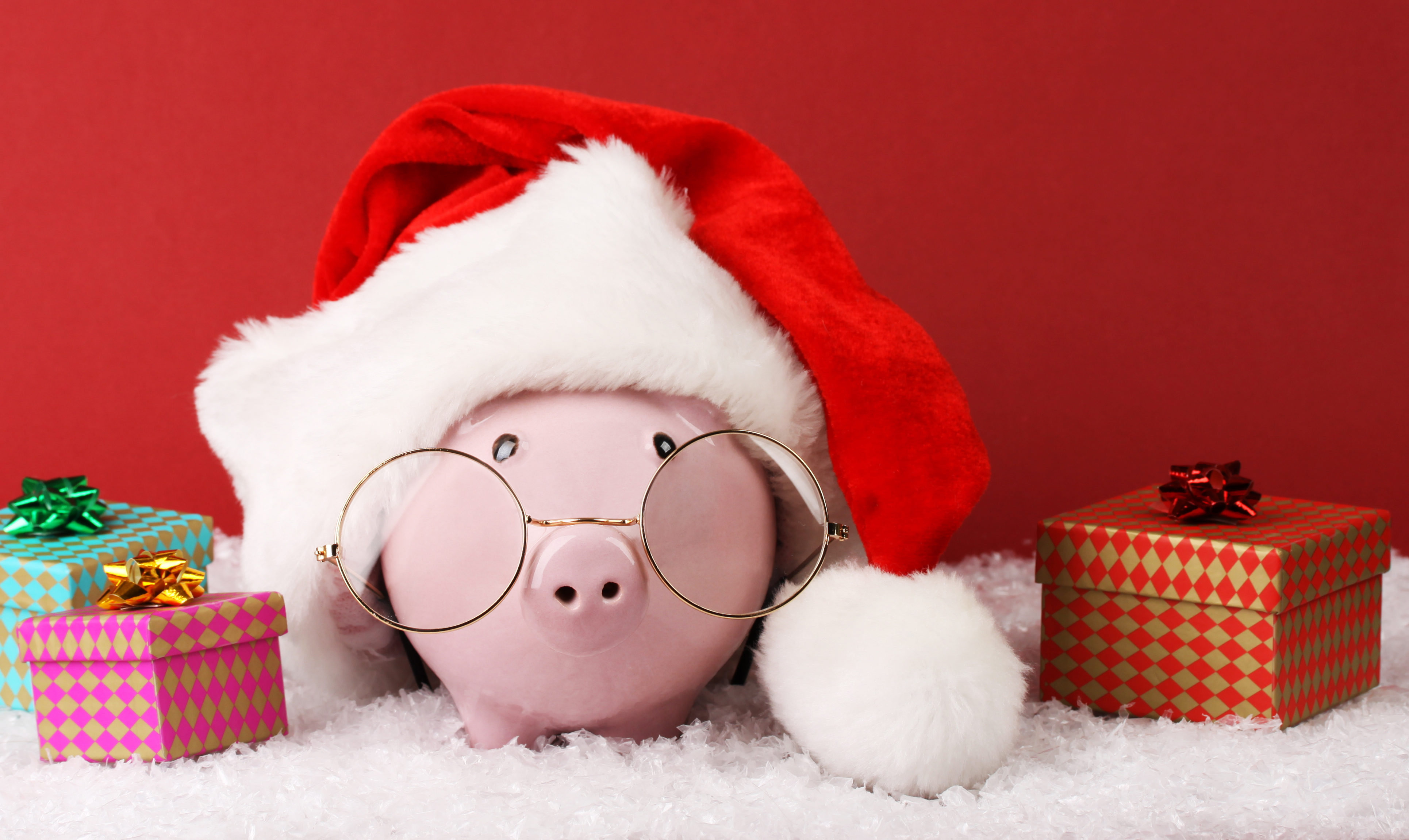 Trivia Q. How much is the average American consumer expected to spend this holiday season?

Trivia A. According to the National Retail Federation consumers say they will spend an average of $1,047.83 this holiday season, which is up 4 percent from 2018. Find tips on making your holiday gift giving less expensive.

Trivia A. According to history.com, British Prime Minister Winston Churchill, who visited the White House more than once during World War II, told a story of emerging naked from his evening bath to find a ghostly Abraham Lincoln sitting by the fireplace in his room. To get in the Halloween spirit peruse this list of spooky reads from our Bookmark podcast.

Trivia Q. What famous author is a descendent of one women tried for witchcraft in Salem?

Trivia A. According to the Salem Witch Museum both Ralph Waldo Emerson (a fourth great-grandson) and Ray Bradbury (a seventh great-grandson) are descendants of Mary Bradbury. Mistress Bradbury was convicted and sentenced to death during the Salem Witch Trials. With the help of her many friends, and her wealth, she escaped from jail and lived as a fugitive. She remained in hiding into 1693, finally returning to her family in May of that year. She died in 1700 at the age of 85. In September of 1710, her family petitioned for a reversal of the conviction, which was granted in October of that year. Learn more about the Salem Witch Trials.

Trivia Q. What is singer Carly Simon’s connection to book publishing other than being an author?

Trivia A. Carly Simon’s father, Richard L. Simon, was the co-founder of the publishing company Simon & Schuster. Check out her memoir Boys in the Trees.

Trivia Q. What is the maximum length of a film classified as a short film?

Trivia A. The Academy of Motion Picture Arts and Sciences defines a short film as an original motion picture that has a running time of 40 minutes or less, including all credits. Check out recommended short films and take part in the Manhattan Short Film Festival at the library on Tue, Oct 1 or Fri, Oct 4. 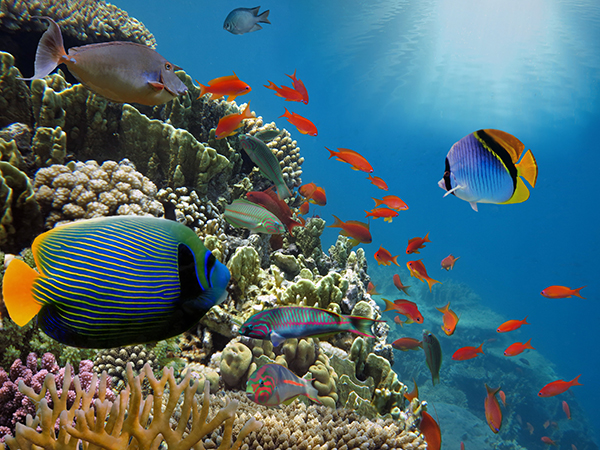 Trivia Q. How much of the ocean is unexplored?

Trivia A. According to NOAA more than 80 percent of the ocean is unmapped, unobserved and unexplored. We’ve got lots of resources to help you learn more about the ocean.

Trivia Q. Why are spacesuits white?

Trivia A. The reason that spacesuits are white is because white reflects heat in space the same as it does here on Earth. Temperatures in direct sunlight in space can be more than 275 degrees Fahrenheit. Check out some books to learn more about astronauts. 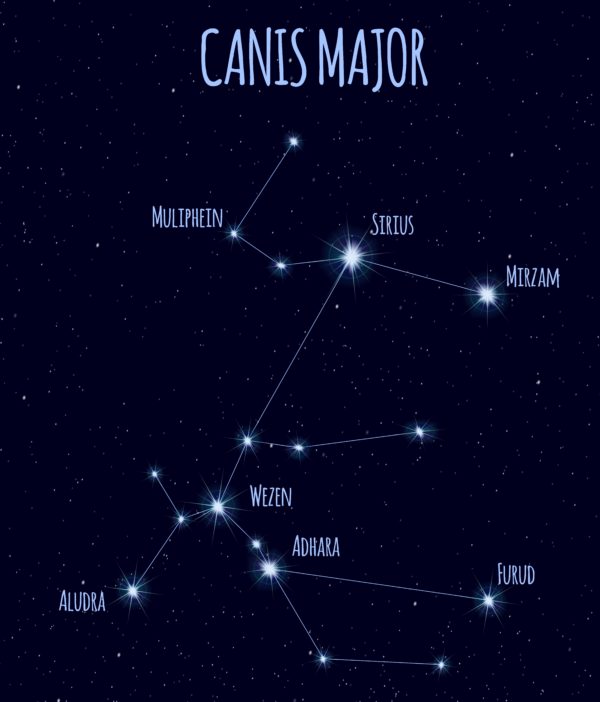 Trivia Q. Where does the phrase “dog days of summer” come from?

Trivia A. The “dog days of summer” refer to the weeks between July 3 and August 11 and are named after the Dog Star, Sirius in the Canis Major constellation. The ancient Greeks blamed Sirius for the hot temperatures, drought, discomfort and sickness that occurred during the summer. Check out these books to learn more about constellations.

Trivia Q. Which two signers of the Declaration of Independence died on July 4?

Trivia A. John Adams and Thomas Jefferson both died on July 4, 1826. Author Kenneth C. Davis said, “That may be the most extraordinary coincidence in all of history. On the 50th anniversary of the adoption of the declaration … the two giants of the declaration both died…. Jefferson died first. Adams was alive, of course, in Massachusetts. He didn’t know that Jefferson had died but said, famously, perhaps apocryphally, that ‘Jefferson still lives.’ And people took that to mean his words will live forever.”

Trivia Q. Jerry Thomas is known as the father of mixology because he was the first barkeep to write a bartenders guide in 1862. This guide included the first recipes for which two drinks that are still popular today?

Trivia A. Thomas’ book The Bon Vivant’s Companion included the first recipes for the Tom Collins and the martini. His signature drink, the blue blazer, involved lighting whiskey and tossing it back and fourth between two mixing glasses. Check out other bartender’s guides to make your own drinks.

Trivia Q. How long do scientists estimate that the Apollo astronauts footprints will stay on the moon?

Trivia A. The Apollo astronauts’ footprints on the moon will probably stay there for at least 100 million years. The moon doesn’t have an atmosphere. There is no wind or water to erode or wash away the Apollo astronauts’ marks on the moon. That means their footprints, roverprints, spaceship prints, and discarded materials will stay preserved on the moon for a very long time. They won’t stay on there forever, though. The moon still a dynamic environment. It’s being constantly bombarded with “micrometeorites.” Erosion happens on the moon, just very slowly. 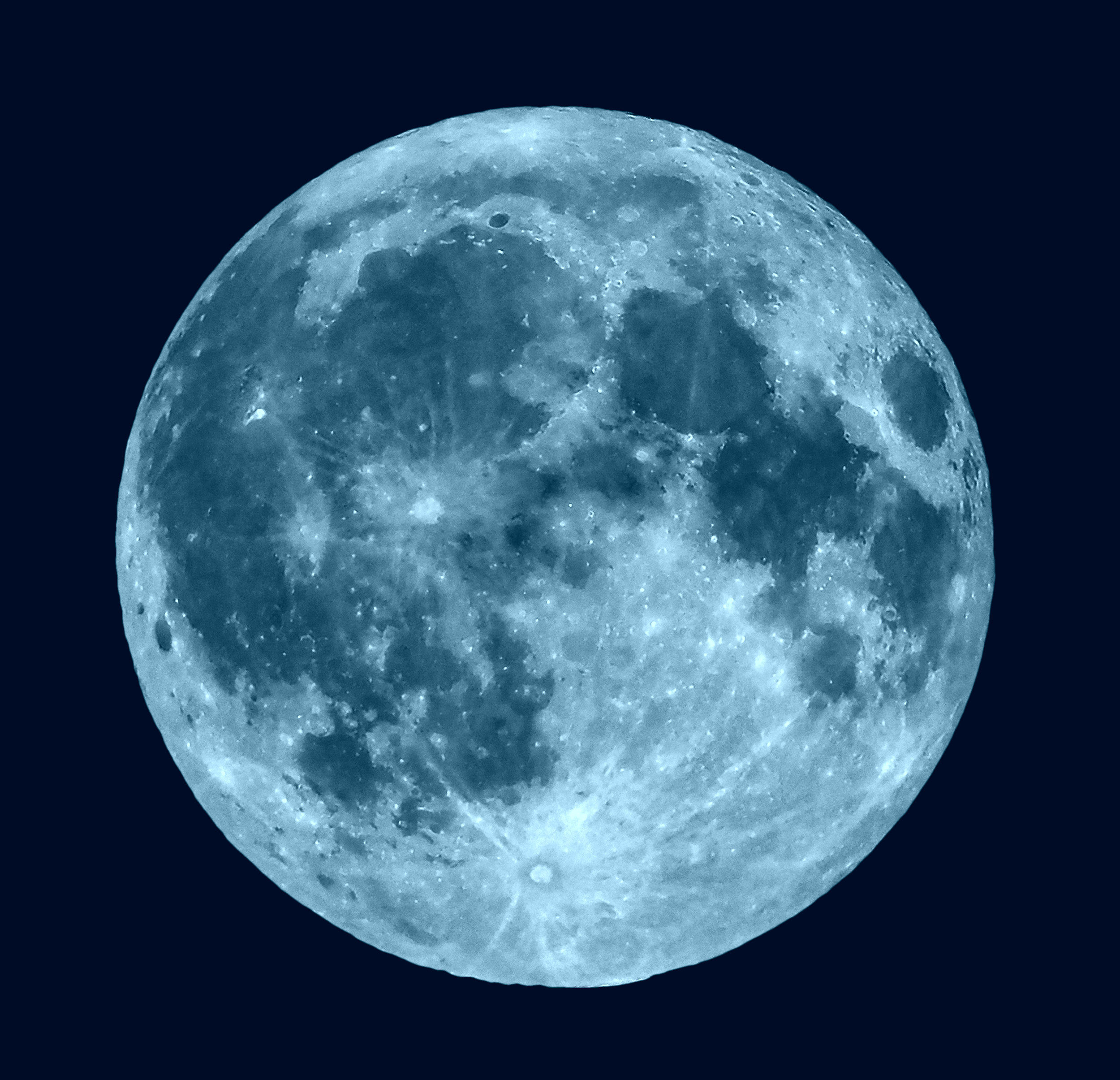 Trivia Q. How many pounds of lunar materials (moon rocks, core samples, pebbles, sand and dust) were brought back from the six Apollo missions between 1969 and 1972?

Trivia A. U.S. astronauts brought back 842 pounds of lunar materials from the Apollo missions. July 20, 2019 is the 50th anniversary of man walking on the moon during Apollo 11. Our Summer Reading and Events this year are all about space. The Alice C. Sabatini Summer Art Exhibit for Children, Across the Universe, is full of interesting facts and interactive projects all about space.

Trivia Q. What color was the Hulk in the first The Incredible Hulk comic book?

Trivia A. The Hulk was originally gray. Check out The Hulk and other comic books in the library or digitally.

Trivia Q. How did Pickleball get its name?

Trivia A. Joel Pritchard, one of the three dads who invented the game, had a dog named Pickles. Pickles would always chase the ball when they were playing, and that’s how Pickleball got its name. Check out these books to learn more about Pickleball.

Trivia Q. What food did BBC show being harvested in their famous 1957 April Fools’ Day prank?

Trivia A. In 1957 the BBC reported that Swiss farmers were experiencing a record spaghetti crop and showed footage of people harvesting noodles from trees. Many viewers were fooled. If you’d like to read more April Fools’ Day fun check out these books.

Trivia Q. What is the only food that never spoils?

Trivia A. Honey will never go bad on its own. However, it can go bad if it is improperly handled by the beekeeper or the consumer. Read more from Cooking Light. Checkout Cooking Light digitally or at the library. You can  check out Clean Eating, Food Network Magazine, Saveur and Taste of Home digitally through OverDrive. Through Flipster you can check out digital versions of Allrecipies, Bon Appetit, Rachael Ray Every Day and Family Circle.

Trivia Q. The flavoring vanilla comes from the pod of what flowering plant?

Trivia A. The majority of commercial vanilla beans come from the orchid Vanilla planifolia. Learn more about orchids or cooking with vanilla.

Trivia Q. Who has held the position of director of jazz at Lincoln Center for the Performing Arts in New York City since 1987?

Trivia A. Trumpeter, composer and teacher Wynton Marsalis is the director of jazz at Lincoln Center and has been since 1987. Learn more about Marsalis and listen to his music.

Trivia Q. LEGO® artist Nathan Sawaya is well-known for his touring exhibit “The Art of the Brick.” What was his career before art?

Trivia A. Nathan Sawaya worked as a corporate attorney in New York City before following his dream to be an artist.

Trivia Q. What was the original name of the band Earth, Wind & Fire?

Trivia A. Earth, Wind & Fire was originally named Salty Peppers. They changed their name when they moved to Los Angeles and signed with Capitol Records in the early 1970s. You can check out Earth, Wind & Fire CDs or digital albums or autobiographies.

Trivia Q. What city has the highest annual snowfall in the world?

Trivia A. According to AccuWeather Aomori City, Japan, has this highest annual snowfall of 312 inches. If you are planning a trip to Japan, check out our guidebooks.