Trivia Q. How many materials are returned to the library on most weekdays?

Trivia A. Between 4,000 and 5,000 books, movies and CDs are returned to the library on most weekdays. Find out if the book, movie or music you are looking for has been checked back in. If it’s not available, simply put in a hold request and we’ll let you know as soon as it’s available.

Trivia Q. What English Romantic poet wrote the poem “To Autumn,” which describes the season as a time of “mellow fruitfulness”?

Trivia A. John Keats. Check out the full poem and other Keats poetry.

Trivia Q. According to the official rules of Monopoly, how much money do you get when you land on Free Parking?

Trivia A. A player landing on Free Parking does not receive any money, property or reward of any kind. This is just a “free” resting place. See Monopoly’s official rules. Check out books of rules to card games, board games and sports. 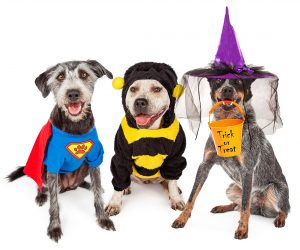 Trivia Q. How many Americans put Halloween costumes on their pets?

Trivia A. More than 3 million Americans dress-up their pets for Halloween. Check out the latest issue of Family Circle in print or digitally through Flipster for an article on pet costumes, make a dog costume, crochet a hat for your cat or admire some great dog costumes.

Trivia Q. Which jazzman said, “There are only two kinds of music: good and bad.”? 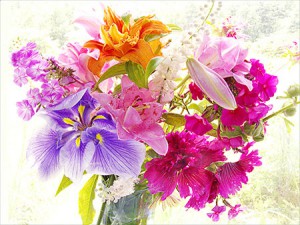 Trivia Q.Why did the custom of brides carrying a bouquet start?

Trivia A. In the 15th century brides carried flowers to mask their body odor. At that time most women only bathed once a year and it was generally in May, which is why June was a popular wedding month. Another purpose of the bouquet was to ward off evil spirits. Learn more about wedding history and flower arranging. 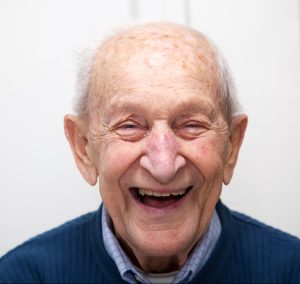 Trivia Q. For someone who lives into their 90s, what age is their happiest?

Trivia A. A 2012 poll found that around the world the happiest age is 90 and up as long as people are reasonably healthy and in a stable partnership. The low point in happiness is around 40. The library has many resources to help you with healthy aging. We also offer lots of senior life events and Red Carpet Services to bring the library to seniors where they live.

Trivia Q. Where is the tallest waterfall in North America?

Trivia A. Yosemite Falls in Yosemite National Park, California, is more than 2,400 feet from top to bottom and is the sixth tallest waterfall in the world. Learn more about our National Parks and other places you’d like to visit in our travel collection. 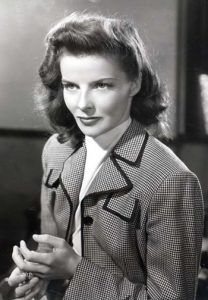 Trivia Q. Which actor or actress won the most Oscars?

Trivia A. Katharine Hepburn won 4 Oscars during her career. Ingrid Bergman, Daniel Day-Lewis, Jack Nicholson and Meryl Streep tie for second with 3 Oscars each. Check out films by these and other Oscar winners.

Trivia Q. Where is the tallest waterfall in North America?

Trivia A. Yosemite Falls in Yosemite National Park, California, is more than 2,400 feet from top to bottom and is the sixth tallest waterfall in the world. Learn more about our National Parks and other places you’d like to visit in our travel collection.

Trivia Q. Which is bigger an ostrich’s eye or it’s brain?

Trivia A. An ostrich’s eye is bigger than it’s brain. Learn lots of other interesting animal facts in our collection.

Trivia Q. Which Topeka mayor had the shortest term?

Trivia A. Topeka’s second mayor, Lorenzo Dow, was mayor for only 3 months in 1859. He resigned and was replaced by Cyrus K. Holliday, who was among the city’s founders. Learn more about Topeka and Shawnee County history in the library’s Topeka Room.

Trivia Q. What were the most popular male and female dog names in 2016?

rivia A. According to Rover.com in 2016 the most popular male dog name was Max and the most popular female dog name was Bella. We have a ton of books and videos on dog training and dog health. We also have the magazine Fido Friendly available digitally through Flipster, and the magazines Dog Fancy and Dogster available at the library. Pictured are library communications editor Ginger Park’s dogs Karl and Irma (neither name is in the top 10 of most popular names).

Trivia A. According to CareerBliss the happiest job of 2017 is marketing specialist with an average BlissScore of 3.757 out of 5. This was reported in Forbes magazine, which you can check out at the library or online through Flipster with your library card.

Trivia Q. As of June 6, 2017, how many people have signed up for this year’s summer reading challenge?

Trivia A. So far 3,361 people have registered for the 2017 Summerfest Reading Challenge and they have read 116,274 minutes. If you haven’t registered yet, join the fun and track your minutes reading from June  1- July 31.

Trivia A. Gattaca. Check out Gattaca and other great sci-fi films and books from your library. Read the books and join the 2Book Topeka conversations about DNA.

Trivia Q. Dolly Parton is one of only six female solo artists to win the Country Music Association’s Entertainer of the Year award. Who are the other five female artists?

Trivia Q. How many donated books did the Friends of the Library sell in 2016?

Trivia A. In 2016 the Friends of the Library sold 114,565 books. If you divide that by 50 weeks (10 days the library is closed), it means 2,291 books processed by volunteers each week were sold. Read more about book donations and sales.

Trivia Q. Since 2002, your library has been open 78 hours a week. How many hours a week was the first library in Topeka open when it began circulating books in 1871?

Trivia A. In 1871 the Topeka Library was open three hours a week on Saturdays from 3 to 6 p.m. Learn more about the history of the library.

Trivia Q. What body part do humans and books both have?

Trivia A. A spine.  Be sure to stand tall and visit the Alice C. Sabatini Gallery’s exhibit of beautiful books, “Beyond Words“, now through May 21.

Trivia Q. What college holds the record for winning the most men’s NCAA basketball tournament championships?

Trivia Q. Viola Davis is the only black actress or actor to win an Emmy, Tony, and Academy Award for acting. What three performances won her the awards? 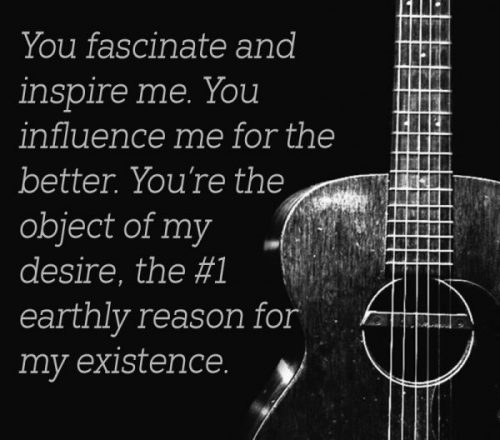 Trivia A. Johnny Cash to June Carter Cash. The pair were hopeless love birds as documented in the 2013 film, Ring of Fire. Find all the lovey-dovey country music your ears can take at the library or stream it on Hoopla.

Trivia Q. Name the 1985 book by Margaret Atwood about women in a near-future New England which is being adapted for television on Hulu this spring?

Trivia A. Handmaid’s Tale. If you haven’t read it, now’s the time, especially because Hulu is about to release a much-anticipated motion picture adaptation. 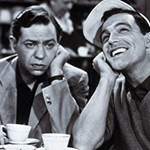 Trivia A. Baby Boomers. While Millennials are more likely to answer that they drink “gourmet” coffee, Baby Boomers overall drink more coffee than their children. Find out more about America’s most popular beverage in our stacks. And while you’re here, make sure to drop by the Millennium Cafe for a nice hot cup of joe.

Trivia Q. Why did Tom Cruise jump on the couch?

Trivia A. Cruise declared his love for then girlfriend (and future ex-wife) Katie Holmes and was so overcome with emotion that he just had to leap. Read more about Tom Cruise in Shannon’s latest Movie Mind post, or if you want to get right to the action, check out some movies starring the man himself.