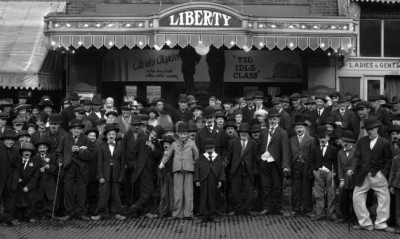 Trivia Q. This larger-than-life early film star played the character of “The Tramp” in films such as City Lights and Modern Times. He deplored Christmas, thinking it was too commercialized. Ironically, he died on Christmas, 1977 at the age of 88. Know who it is? 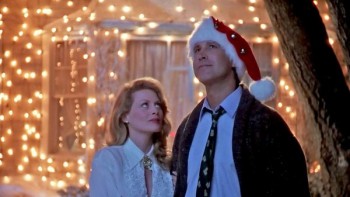 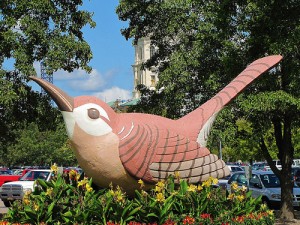 Trivia A. Topeka. You’ve probably seen it. The world’s largest wren enjoys a nice view of the capitol building from its perch at the intersection of Huntoon and Topeka Blvd. It was originally perched atop a house at 10th Ave. and Fillmore, previous location of WREN radio station. The bird was the station’s mascot. For more local history, visit the Topeka Room, where the history of Shawnee County is at your fingertips. 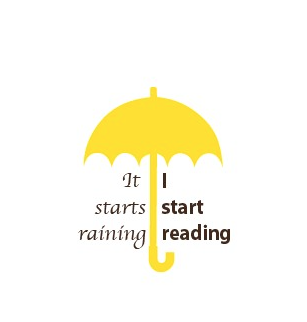 Trivia Q. Where is the rainiest place on earth?

Trivia A. The place with the most number of rainy days per year is Mount Wai’ale’ale on Kauai, Hawaii – up to 350 days.

Trivia Q. What was the most Googled Halloween costume in Kansas this year?

Trivia A. The Minions. View the most popular in every state. You might be surprised.

Trivia Q. The very first email was sent from one computer to its next-door-neighboring computer in what year? Not sure? Try guessing which decade. 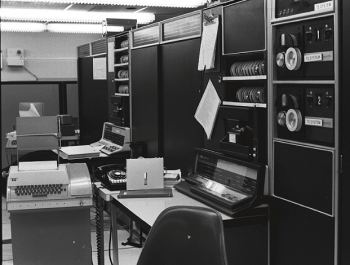 These computers were the first to send an email. One sent and the other received.

Trivia A. 1971. Whoa, that’s early, right? For the rest of the story of the world’s first email, visit the website of email creator, Ray Tomlinson. He can’t remember what the first email message said.

Trivia Q. The very first Monday Night Football game aired on September 21 and was a face-off between the Cleveland Browns and the New York Jets. What year was it? Bonus points if you know who won. 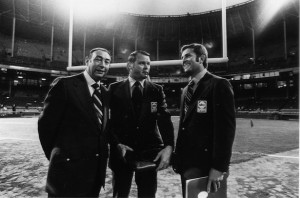 Trivia A. September 21, 1970. The Browns won, defeating the Jets and their star quarterback Joe Namath.

Like Sports trivia? Try your hand at winning the library’s Sports Trivia game at Boss Hawg’s BBQ on November 16, right in the heat of the football season.

Trivia Q. This confection gets its name from an ingredient not actually included in the recipe. Know what it is? 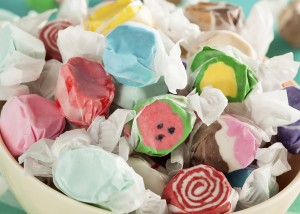 Trivia A. Saltwater taffy. According to a recent article from Slate, saltwater taffy got its name from an unfortunate collision of a taffy vendor and a hurricane. Go to our travel neighborhood to find out where to find taffy at a boardwalk or beachside town near you.

Trivia Q. According to the video below, when it’s hot in Topeka, what’s the weather like in Spokane?

Trivia A. There are showers in Spokane. Go watch the video. It will make you feel better about how hot (hot! hot!) it is in Topeka today.

Trivia Q. Do you know which chemical element is represented by the symbol “K”?

Trivia A. Potassium. Do you have enough Potassium in your diet? Find out in our health neighborhood, where nutritious, balanced meals are ripe for the picking.

Trivia Q. A famous caricature of a white-haired man got his name from a barrel stamped with the initials “U.S.” Who is it?

Trivia A. Uncle Sam. During the War of 1812, a beef supplier named Samuel Wilson stamped barrels of beef for the Army with the letters “U.S.” Soldiers assumed this stood for the beef supplier’s nickname, “Uncle Sam.” Nope, it meant United States, of course. But eventually the two ideas combined until the U.S. government became known as Uncle Sam. Read the whole story at usa.gov. Have a safe and happy Independence Day! The library will be closed Saturday July 4.

Trivia Q. The word “Juneteenth” is a combination of two words, June & nineteenth. Other examples of this language phenomenon are “brunch” (breakfast + lunch) and “smog” (smoke + fog). What’s it called when two words are combined?

Trivia A. Portmanteau. A portmanteau is formed when a much-used pairing of two words gets shortened down to a combination. Juneteenth is a portmanteau that refers to the date when the last slaves in the nation were freed in Galveston, Texas, over two years after Lincoln’s official Emancipation Proclamation: June 19th. Find more history about the emancipation in our collection, or speak to a genealogy librarian about your family’s African-American roots.

Trivia Q. In what U.S. city was the Bomb Pop invented? Bonus points if you know what decade.

Trivia A. Kansas City! And it was invented in 1955. Did you know the answer? If so, come congratulate yourself with a bomb pop at Funky First Fridays this summer.

Trivia Q. Whose name was spelled wrong in the opening credits of 1951 Disney animated film, Alice in Wonderland?

Trivia A. Alice author, Lewis Carroll. The film’s opening credits mistakenly spelled his last name “Carrol.” Love all things Alice? Then you’re going to love our new bookmobile, which will be unveiled 9 a.m. Wednesday June 3. Stop by until 2 p.m. to see the newest addition to the library’s fleet.

Trivia Q. Who was the inventor of the very first record player?

Trivia A. Thomas Edison. Edison built the phonograph in 1877. Edison’s records were made of tin foil. Read more about early inventors by checking out a few enlightened reads.

Trivia Q. Captain America was frozen during which war?

Trivia A. World War II. According to Marvel.com, Steve Rogers (“Captain America”), was a soldier in the WWII when he became frozen in ice and awoke several years later to continue his pursuit of liberty.

Trivia A. According to TaySwift.com, it’s “Love Actually.” Be like TSwift and #checkitout today.

Trivia Q. Which Midwestern state harvests so much wheat in a year that it could bake 36 billion loaves of bread? That’s enough to feed the entire population of planet earth for 2 weeks.

Trivia A. Kansas, “bread basket of America.” While you’re surrounded by so much wheat, you may as well make bread with it. Check out our collection of books about baking a scrumptious from-scratch loaf.

Trivia Q. What allegedly happens when you kiss the Blarney Stone at Blarney Castle in Ireland?

Trivia A. You are bestowed with the “gift of gab.” Or, in other words, you become a flatterer, coaxer and great teller of jokes. If you want to become a blarney natural, best read up on Irish folklore, especially before heading out to celebrate St. Patrick’s Day Tues. March 17.

Trivia Q. Which character cries the most in the Alice in Wonderland and Through the Looking Glass books?

Trivia A. Alice. But who would blame her? You’re going to be seeing a lot more of Alice around the library this Spring. Stay tuned for some magical news.

Trivia A. Shel Silverstein, beloved poet and author of Where the Sidewalk Ends and many other children’s favorites.

Trivia Q. The Kansas Flag hasn’t changed since its adoption in 1927, with one exception. During the state’s centennial, what was added to the flag?

Trivia A. The name, Kansas. Read up on some more Kansas trivia.

Trivia Q. In 1964, 27 senators voted against a pivotal civil rights bill. It ultimately passed 73-27. What’s the name of the bill?

Trivia A. The Civil Rights Act. Read the New York Times article that came out the day of the Act to learn more. Who voted against the Act? Most of the opposing senators were southerners.

If you’ve got Martin Luther King Jr Day off of work or school, you’d better stock up on Civil Rights reads so you can spend the day properly learning about a fight millions felt was worth the oftentimes grueling struggle. The library will be closed in observance of MLK Day.