As we approach the end of the 2020, I am amazed by how many wonderful books came out this year! In the midst of all the chaos I found an enjoyable escape in the pages of fabulous books. I’m sharing some of my standout favorites released this year. Share your favorite YA reads of 2020 with us in the comments below!

Cinderella is Dead by Kalynn Bayronn 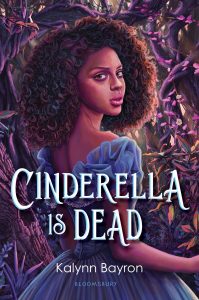 I often think I was raised on fairytales (thanks, Disney!), but this book takes being raised on a fairytale to a whole new level. Welcome to Sophia’s life where everyone, especially girls, are raised on the legend of Cinderella and expected to mirror her story within their own lives. Girls are raised with the singular goal of attending the ball and finding a good husband. Hopefully he won’t be cruel or abusive as women are the property of men in this kingdom and the laws are built to serve them. Despite the carefully sculpted ideals of a fairytale life, many find they don’t fit the Cinderella mold. Sophia has no interest in finding a husband and would much rather marry her best friend Erin.

When the date of the mandatory Ball finally arrives, Sophia meets it with dread and apprehension rather than the prescribed excitement of the girls arriving with her. Then there is the king himself who enforces the fairytale rules. When Sophia sees the king with her own eyes, there’s something intrinsically evil about him. Sophia flees the ball, pursued by guards, and encounters a young woman with an interesting family history and an accomplished reputation as a rebel. The two of them make a plan to find the Fairy Godmother. The will uncover the truth of the Cinderella story and bring justice to the women of the kingdom.

What I love so much about this story is that it embodies the idea that every story has many sides, and that history is told – or created – by the people in power. I also loved the strong female characters taking on the patriarchy of this twisted fairytale. This book is a beautiful, fantastical and romantic tale that really emphasizes the importance of being, and loving, your authentic self.

You Should See Me in a Crown by Leah Johnson 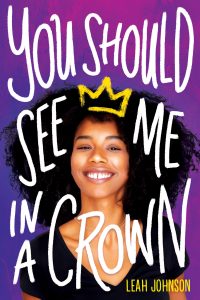 Liz Lighty has plans for her life. She’s going to Pennington College to be a doctor and play in their world-famous orchestra. However, those plans seem more like unattainable dreams when her financial aid falls through. There is another option – the prom. In Liz’s small Indiana town, prom is a huge deal. The titles of prom king and queen come with scholarships. Scoring that scholarship could get her plans back on track. That being said, Liz Lighty doesn’t see herself as prom queen material and she’s pretty sure her classmates don’t either. She thinks she’s too much of a loner, too weird, too awkward, too Black and too poor to be a real candidate for prom court in her ultra-conservative town.

With her future on the line, Liz enters the race for prom queen with the support of her close friends. Oh, there is one more thing. Liz is gay and in the closet. She’s desperate to keep that secret as she’s sure it will end her run as well as ostracize her further. So, it’s a bigger problem when she’s attracted to the new girl, Mack, who is also running for prom queen and the attraction is definitely mutual. Liz needs to decide what’s important to her and what’s worth the risk.

I love to root for an underdog and Liz Lighty is a character worth rooting for. I can definitely identify with her – who hasn’t felt like they’re too weird or awkward? Her struggle to find confidence in herself is something we all go through, whether in high school or some other time. This book is a rewarding read that I felt the immediate need to recommend to all my friends, including all of you.

This is My America by Kim Johnson 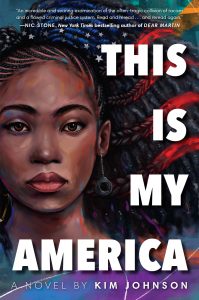 In This is My America, we join our protagonist, Tracy Beaumont, who has had a rough life. She writes a letter to Innocence X every week, requesting they take on her father’s case. Time is running out for him, and for their family. He is currently on death row in Texas, charged with a murder he did not commit.

In the midst of this increasingly desperate situation, Tracy’s older brother Jamal is in a similarly dire situation. He is being accused of the murder of a white girl. When the police come to their door in middle of the night, bringing back terrible memories for everyone, Tracy knows she has to do something. She can’t watch her brother face the fate of their father. Tracy covers for Jamal, giving her track star brother the moments he needs to get a head start.

The clock continues ticking down on her father’s life and the police actively search for her brother. Tracy continues to implore Innocence X to take their case and help them find justice. She teams up with her brother’s best friend and begins investigating the murder herself. After all, if Jamal didn’t murder Angela, who did? The deeper she digs, the deeper the conspiracy seems to go. Can Tracy get justice for Angela and clear her brother’s name? Is it possible that Jamal’s case is connected to their father’s case? Can they clear him before time runs out?

I love that this book takes on the serious issue of racism with no apologies. We have a protagonist who is seeking justice and social change in her community and in the criminal justice system. With Tracy, we explore the race-driven injustices many Black men in America face and the way families can be torn apart. Tracy’s courage and persistence in the face of her realities is inspirational and representative of how Gen Z is taking on the world. 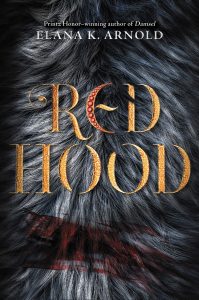 This book starts a little traumatically for our protagonist, Bizou. In an intimate moment with her boyfriend, she starts her first period and flees in embarrassment. As she runs through the woods under the full moon, she notices changes in her senses. With her newly heightened senses, she hears the approach of an animal. The approach of a wolf. Armed with a stick, Bizou faces down the wolf in her bare feet and, shockingly, wins before walking home. If this isn’t enough trauma, she’s horrified to learn the next day that a schoolmate’s body has been discovered in the woods, exactly where she left the body of the wolf… Could it be? Could her schoolmate have been the wolf?

Bizou connects anew with her grandmother to learn about her family history and their connection to the full moon. She learns of men who sometimes become wolves when the moon is full. Bizou learns about the power of female friendship and intergenerational kinship.

What I love about this book, among thousands of other things, is the way it takes on topics that aren’t usually explored in a positive and empowering fashion. This gorgeously dark and bloody tale discusses issues that have long faced women and the power women possess when they band together. I want to give a final disclaimer that this gorgeous book does contain sexual elements and scenes of violence. Even with these elements, this book felt important to read. It gave a voice to things that are usually not discussed and maybe even associated with shame. 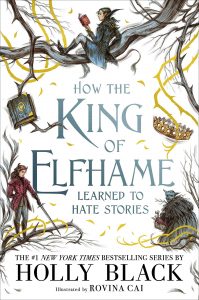 I’m sneaking in this one, which I have not finished reading yet, because it is a beautiful compilation of tales set in the world of the Folk of the Air series, that I adore. If you haven’t read the series, I recommend reading it first. It begins with The Cruel Prince and treats us to a saga of epic proportions in Fae politics, intrigue, magic and love.

Reading this book allows me to revisit the world of one of my all time favorite characters – Cardan- and learn more about his backstory. I highly recommend reading the physical copy of this book as it is full of gorgeous illustrations and has that magic fairytale feel to it. You know, the one that says this book will transport you into another world for however long you indulge it? Yeah. It’s magical. This is one that I am purchasing for my personal collection, which as a librarian is not something I do very often. I also highly recommend reading Holly Black’s standalone The Darkest Part of the Forest that is set in the same world as the Folk of the Air but comes first in the timeline.

Here are some more of my favorite YA books from 2020! What are yours?