While we’re all tuning into the World Series this year hoping the Royals can bring the crown back to KC, there is another way for fans who can’t get enough World Series excitement to get their fill. Listed below are several DVDs, most with full games, which include some of the most exciting World Series and postseason baseball games ever played – and they can all be found in the library’s Sports Neighborhood. If you or someone you know is a hardcore baseball fan, it doesn’t get any better than this!

The New York Mets 1986 World Series Collector’s Edition – All seven games from the classic series between the Mets and the Red Sox, including the infamous ball through Buckner’s legs.

The Minnesota Twins 1991 World Series Collector’s Edition – Considered one of the greatest World Series ever played, the Twins and Braves battled it out over seven games culminating in Jack Morris’ masterpiece in Game 7.

The Arizona Diamondbacks 2001 World Series Collector’s Edition – The Diamondbacks and Yankees duked it out in seven games with 911 as the backdrop in one of the most exciting series ever played. 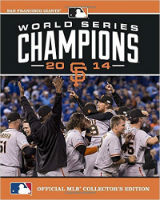 World Series Champions 2014 – Highlights from the exciting 2014 World Series when the Royals came excruciatingly close to bringing home another title. 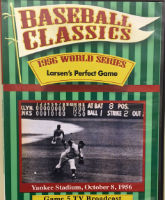 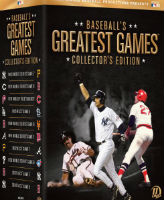 Baseball’s Greatest Games – Ten of the greatest games in baseball history, including a couple World Series games, as well as ALCS and NLCS games.