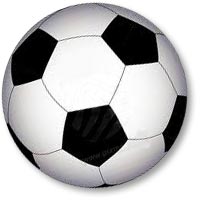 Soccer fans, get ready to cheer on the United States once again this summer. This time it’s the women’s turn. The FIFA Women’s World Cup will start on Saturday June 6, 2015. The Canadian’s are the host this year and the United States will play its first game on Monday June 8 against Australia.

The first women’s World Cup tournament was held in China in 1991. Like the men’s tournament it is held every four years. Historically, the United States has done very well winning it all twice (1991, 1999). The last three World Cups have not been kind to the U.S. with three third places and a runner-up in 2011.

The United States has drawn a very tough group this time. They will play against Australia, Sweden and Nigeria.  Sweden has always been a good team coming in third place twice (1991,2011) and runner-up once (2003).

Click the links below for more information about this year’s women’s World Cup: