In KC like in every other stadium across America nothing beats standing up in the 7th inning and belting out the song we all associate with baseball, “Take Me out to the Ball Game.” Even if you aren’t a baseball fan, you know the tune. I have no stats to prove it but I am certain the only other song, sung more often is Happy Birthday.

It’s hard to believe but the familiar song written in 1908 was penned by a man who never attended a baseball game. Composer Jack  Norworth was inspired when he saw a sign on a New York subway train window announcing: “Baseball Today—Polo Grounds.” Norworth was taking a young lady named Katie Casey to a Broadway show when Katie said she would rather go to a ball game. He sketched out two verses about a girl named Katie Casey who had “baseball fever,” plus the chorus we sing today.

Lyrics in hand, Norworth asked his friend Albert von Tilzer to write a melody. The song grew in popularity after  Norworth’s wife, Nora Bayers, sang it on vaudeville. That same year, singer Edward Meeker recorded it for Edison Records.

In the 1994 Ken Burns epic  mini-series Baseball “Take Me Out to the Ball Game” served as a soundtrack. The 1908 vaudeville classic is heard in dozens of versions throughout the 18.5 hour epic miniseries. There’s an upbeat rendition, a funereal ballgame, a country and western rendering, a version played on jazz violin, a delta blues version and a swing number that would have made Glenn Miller proud.

“It’s an amazingly flexible tune and we use it to denote whatever mood we feel is pertinent to the moment,” said Burns.

No one really knows when the song made its way into the stands as a timeless ritual. But it has remained popular for more than 100 years. It was named 8th most popular song of the 20th century by The Recording Industry of America. Norworth, a Tin Pan Alley songwriter wrote more than 280 other songs including the well known “Shine On Harvest Moon.”  To mark the golden anniversary of the song Norworth was honored by Major League Baseball in 1958 with a lifetime pass to every MLB game. The original sheet music is on display at the National Baseball Hall of Fame in Cooperstown, New York. The song itself is extremely singable. No matter how bad of a singing voice you might possess, you can sing it out loud without embarrassing yourself.

Historians tell us that the song was not sung at a ball game until 1934. Even then it was played at a high school baseball game not in New York but in Los Angeles. It was played later that year at a major league game, 26 years after it was composed. Even then it still beat its composer to the ball park. Norworth never did make to the Polo Grounds in 1908. In fact he did not attend a game until 1940. By then history had been made. It turns out you didn’t have to be a baseball fan to create the game’s biggest hit. 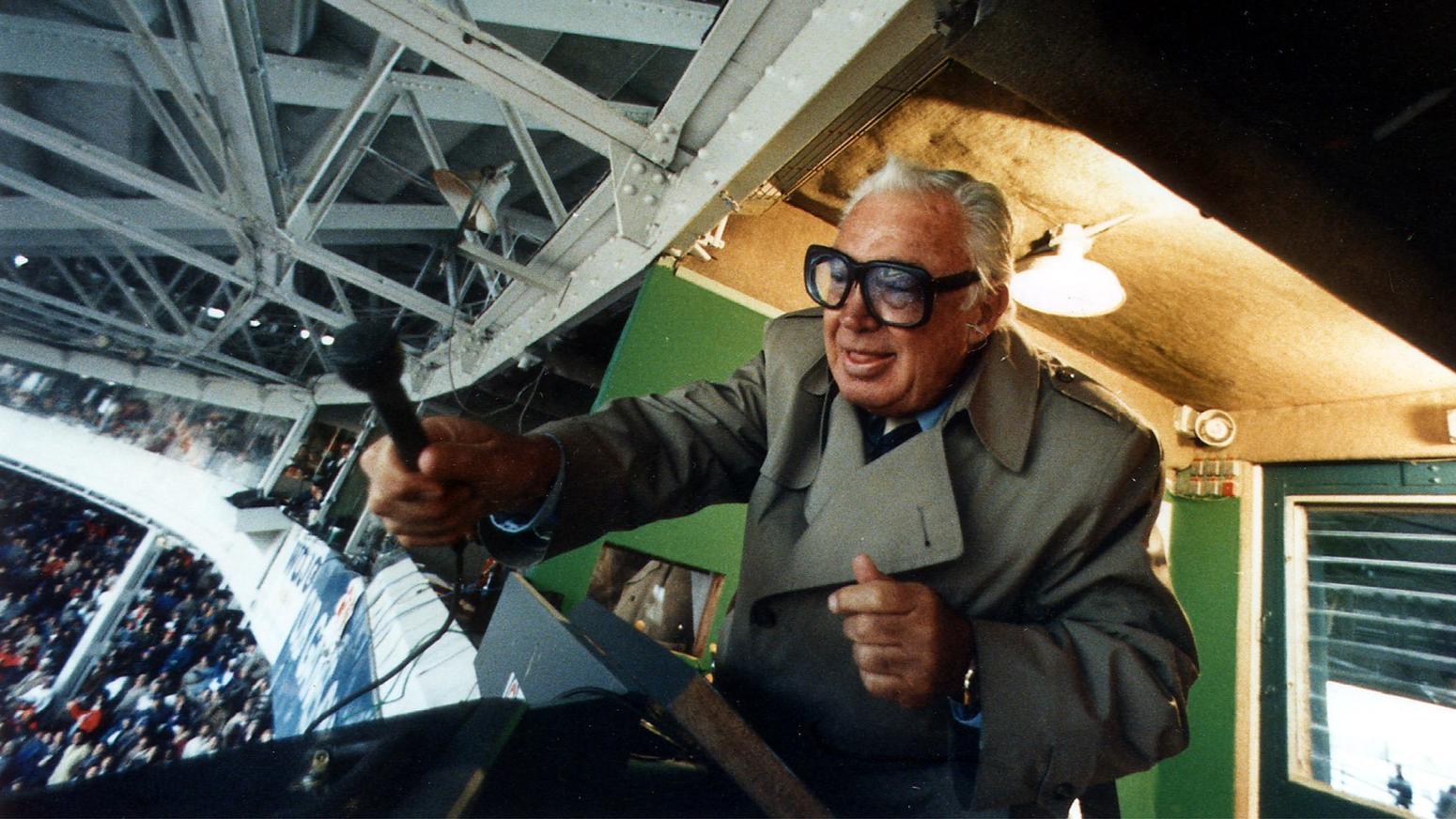 If you happen to be a fan of the Chicago Cubs, you may remember the iconic announcer Harry Caray serenading the fans of Chicago at every home game, with a raucous rendition. Caray always said he loved to sing the song because it was the only song he knew the words to. In 1976 while Caray was the announcer for the Chicago White Sox, Sox owner Bill Veeck noticed some fans were singing along with Caray. Thus a tradition was born when Veeck put a hidden microphone in the broadcast booth. Before long fans all over the ball park began singing with Caray.

The song has inspired movies such as, Take Me Out to the Ballgame starring Gene Kelly and Frank Sinatra. The song has been recorded by countless artists and actors as widely varied as Mr. T, Frank Sinatra, Groucho Marx, Bill Murray, Carly Simon, Frank Zappa and Ozzie Osbourn. If you’re a fan of baseball, the song is a much a part of the game as the pitcher and catcher, and as traditional as a hot dog and a cold drink. It is not baseball without it.