It has been a 50 year wait for long-suffering Chiefs fans. Finally we get to see our team play in the big game on Feb 2. Walking around the library the past few weeks, I’ve seen an increasing number of red hats, red shirts and jackets. It is an understatement to say even the most marginal sports fans are a little excited.

So how can the library help you catch the good feelings? Here are a few ideas. If you’re planning a Super Bowl party, visit the cooking neighborhood in person or browse our cookbooks online. We have many cookbooks full of ideas about how to spice up a Super Bowl watch party.

There are plenty of books and DVDS  in the Sports and Leisure Neighborhood on the topic of the Super Bowl. Sadly, there are not as many about the Chiefs, but the ones that are there are good. One excellent new book is ’69 Chiefs, which recounts the Chiefs’ last Super Bowl season. The book is full of great pictures and stories that brought to life that generation of football heroes.

Lived in Topeka and played in the Super Bowl

In writing this I wondered how many Topeka natives have played in a Super Bowl. There aren’t that many but there are a few. Billy Kilmer, a quarterback who led the Washington Redskins to the Super Bowl in the early 70s, is from Topeka. Michael Wilhoite, a graduate of Highland Park High School, played in the 2012 Super Bowl for the San Franciso 49ers.

This years Chiefs team features a defensive lineman named  Mike Pennel. Pennel lived in Topeka for some years as a child and still has family living here, who no doubt are excited.

Excitingly there are two players from Topeka who are veterans of the Super Bowl and are members of the of the Shawnee County Sports Hall of Fame. You can read about them and see pictures in the Sports Hall of Fame display in the library’s west wing.

Tom Dinkel, is a 1974 graduate of Shawnee Heights High School. Dinkel was a member of the 1982 Cincinnati Bengals who played in Super Bowl XVI. 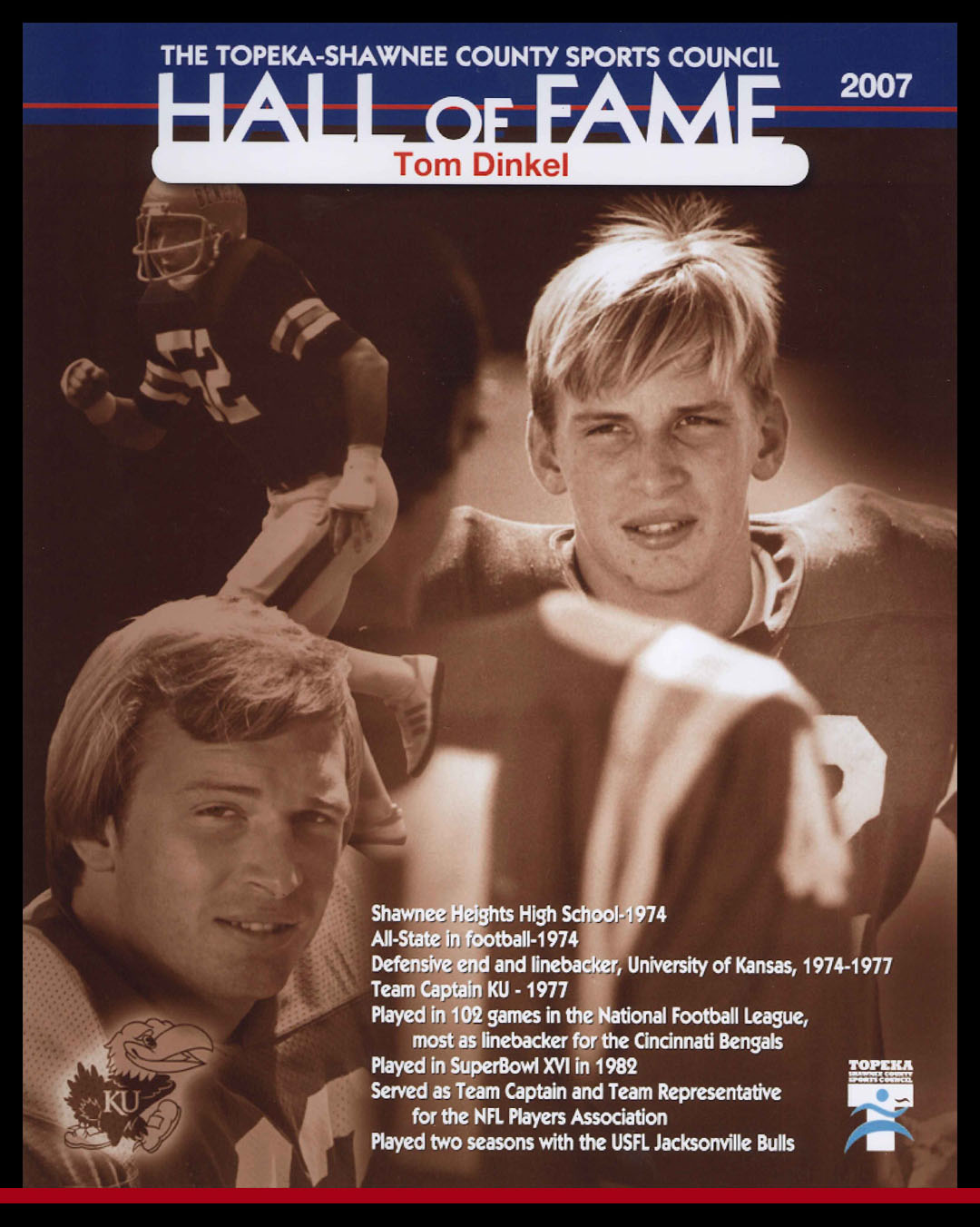 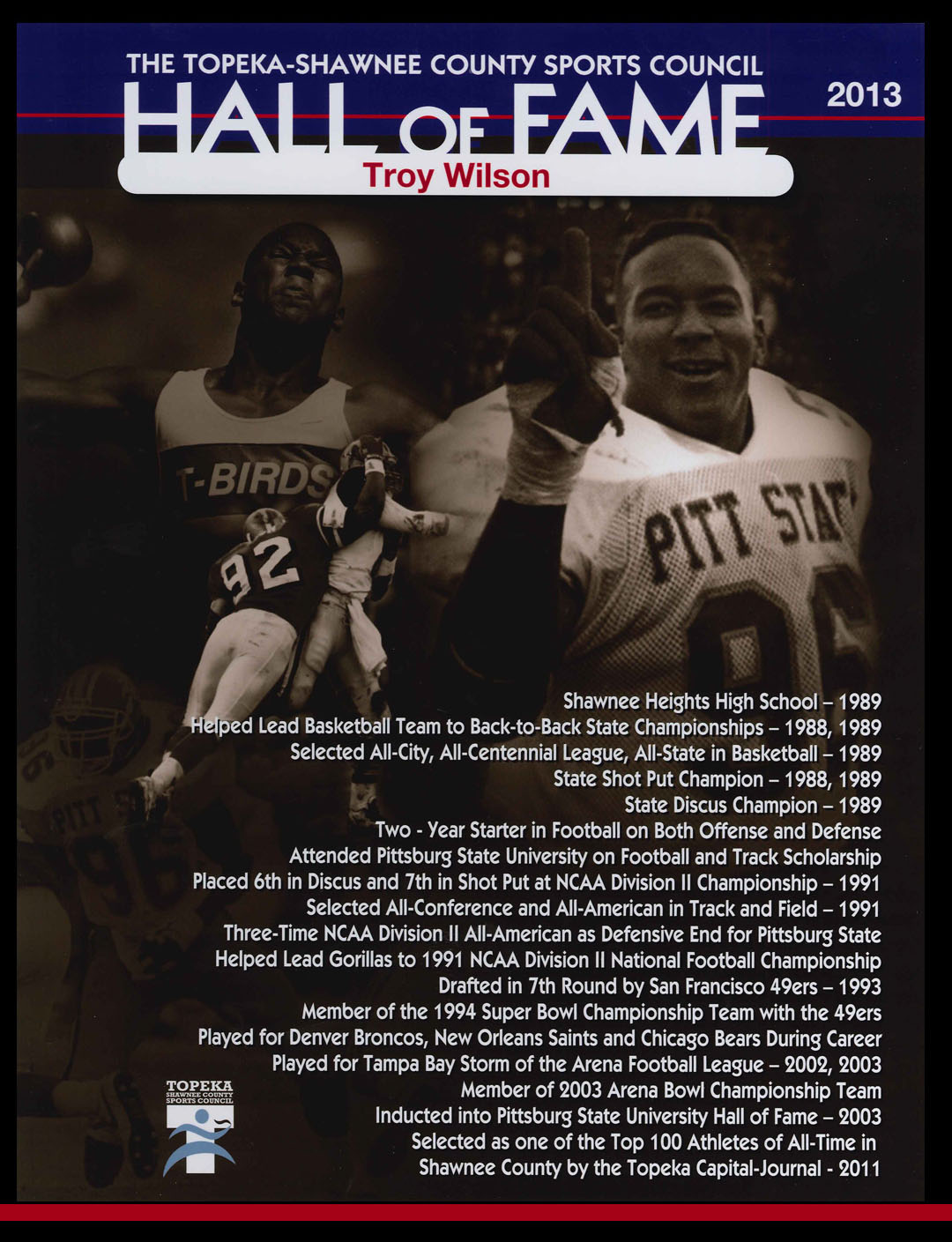 Wether you’re a diehard fan, just gather with friends to watch, or are someone who watches for the commercial or the half-time show there is plenty to celebrate this year.