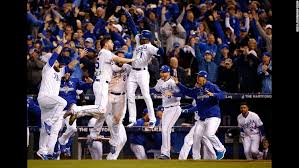 Sadly, it’s October. And for Royals baseball fans, it’s a different kind of “Blue” October. The incredible rush of the past two seasons is just not there this year. Those exciting mad dashes to home plate, the impossible late inning rallies … won’t be a part of this month. I’ll never forget the past two seasons, so it’s sad that we won’t see scenes like this for a third year in a row.

So what should a local sports fan do for the next 160 days until it’s time for the 2017 opening day of baseball season? Some of you might watch football (pro, college or high school). College basketball starts soon. The NBA and NHL have started their preseason schedule already. And there are lots of youth sports leagues to play in (if you’re a youth) and to root for if you’re a parent. 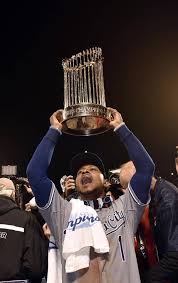 Those are all fine ideas. But if those don’t work for you, here are some other ideas to help you survive until it’s Royals baseball time again! I will call it survival 101:

One last thing to say. Sure, last year was great fun. Those who were there or sat through a month of drama on television will never forget last year’s World Series. It was a magical run that may not happen again. But then again, you never know. Wait until next year – and to quote the old proverb, “Hope springs eternal.” Besides, any sport that can inspire a quote from Alexander Pope and Leo Durocher is worth loving!

One thought on “No more Royals baseball, no problem”