Muhammad Ali passed away late Friday night, June 3, at the age of 74 after complications from a respiratory condition he had been receiving treatment for in a Phoenix hospital. I’m not a journalist, and I never saw Muhammad Ali fight – I’m too young – so I’m not going to try to sum up his life for you in this blog post. Besides, there are a myriad of news and sports agencies that have written articles summing up his life and what he has meant to the world of sports and the world at large.

What I want to share with you is what the library has that can help you find out more about who Muhammad Ali was. If you really want to know about “The Greatest,” you’ll need to go beyond all of the synopses you’ve been seeing the past couple of days. In my opinion, the influence Muhammad Ali had on this world deserves more than that and I hope you’ll take the time to look at some of the materials the library has that can take you into his life and into the time period in which he lived and show all of the people he influenced.

Because whether you like Ali or not, whether or not you agree with what he stood for, and whether or not you think he really was the greatest, or just someone who couldn’t keep his mouth shut, he definitely influenced millions of people in this nation and around the world.

Here’s a taste of what the library has that will help you find out more about Muhammad Ali: 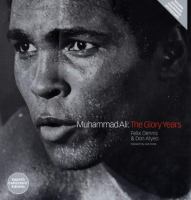 The Soul of a Butterfly: Reflections on Life’s Journey by Muhammad Ali

Running with the Champ: My Forty Year Friendship with Muhammad Ali by Tim Shanahan

Approaching Ali: A Reclamation in Three Acts by David Miller 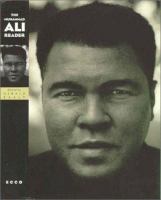 I Am Ali – Documentary DVD

In Their Own Words: Muhammad Ali – Documentary DVD

The Fight of the Century: Ali vs Frazier March 8, 1971 by Michael Arkush

Facing Ali: The Opposition Weights in by Stephen Brunt

The Phantom Punch: The Story Behind Boxing’s Most Controversial Bout by Rob Sneddon

My View From the Corner: A Life in Boxing by Angelo Dundee (Ali’s Trainer)

When We Were Kings: The Untold Story of the Rumble in the Jungle – Documentary DVD

Ali in Action – The Man, the Moves, the Mouth – Documentary DVD

This is Where I Came in: Black America in the 1960s by Gerald Lyn Early

The 100 Greatest Americans of the 20th Century: A Social Justice Hall of Fame by Peter Dreier