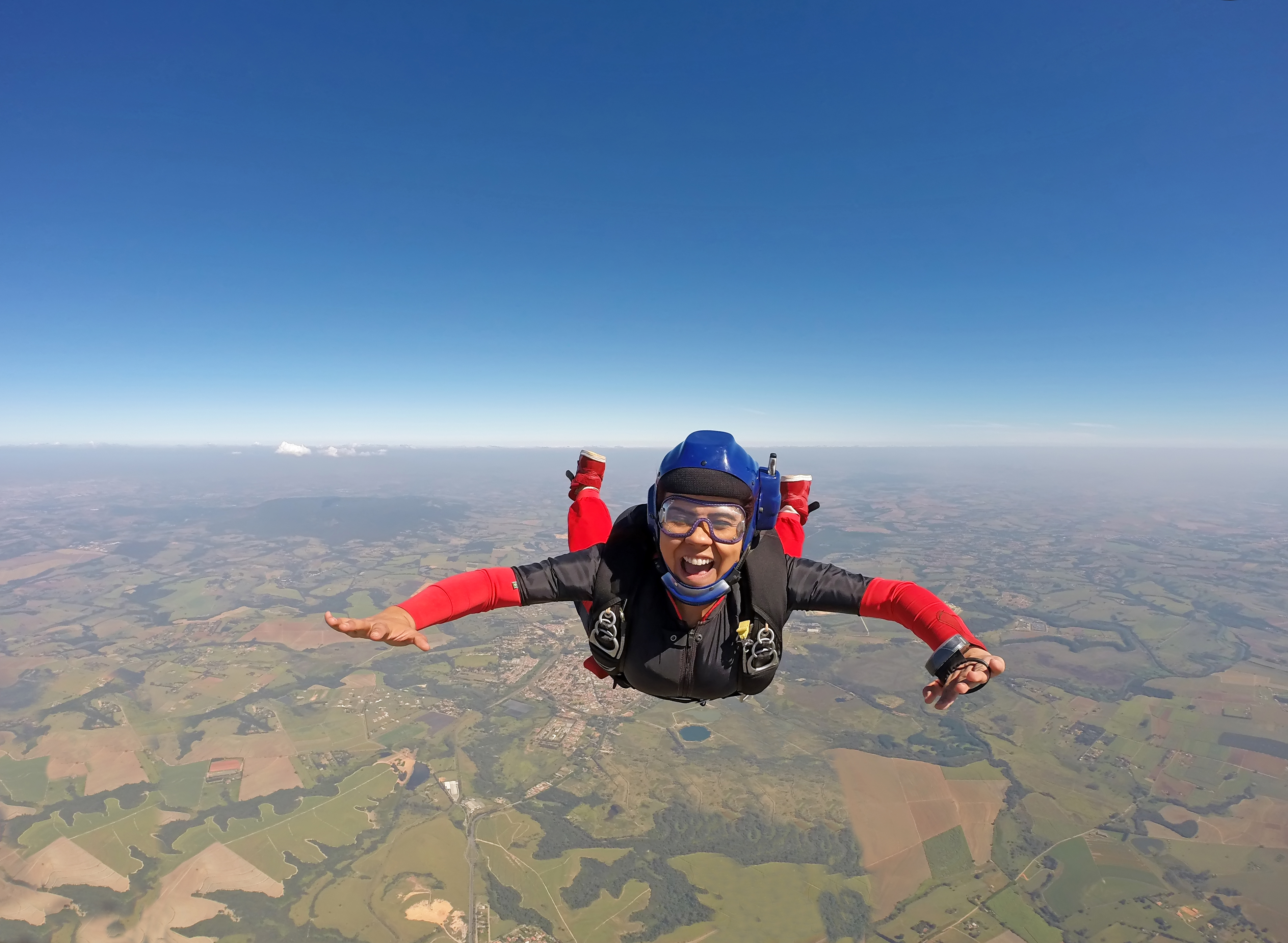 Skydiving is on my bucket list. If you’re also contemplating a jump, checkout these facts and resources.

First, how many people follow through and actually parachute jump each year? According to the 3.3 million jumps were made in 2018

The USPA listed 13 fatalities in 2018, a rate of 1 death in 254,000 jumps. The average person’s lifetime chance of being struck by lightning is 1 in 3,000. If you don’t worry about lightning, parachuting should be even further down your list of concerns. When you learn more about the training and professionalism of those involved in keeping the activity safe, you will be greatly reassured.

What is the correct term for the act of exiting an aircraft in flight and returning to ground level with a parachute? Skydiving or parachute jumping? USPA uses both terms interchangeably, so either is correct. There was no “skydiving” until the latter part of the 20th century. “Parachuting” was done for work (the military, fire jumpers, etc.) and “skydiving” was for fun or sport.

The place to start is Parachuting: The Skydivers’s Handbook by Dan Poynter. From the book jacket: “Skydiving! It’s not just falling but the thrill of unencumbered horizontal flight. Sport parachuting today is not rough and tumble. New equipment and the latest training techniques let you advance quickly to graceful free fall, swift and controlled canopy flight, and smooth and easy tip-toe landings. This all-new, revised edition covers every phase of skydiving from beginning to advanced.”

The 2007 Rob Reiner comedy film Bucket List stars Jack Nicholson and Morgan Freeman as two cancer patients who decide to do the things they always wanted to do before they die. Not surprisingly, skydiving is on the list.

In perhaps one of the best-known parachute-related moments in history, a man calling himself D.B. Cooper hijacked an airliner, demanded $200,000 in cash and two parachutes, then jumped out into the Pacific northwest, never to be seen again. Or was he?

Matt is a Public Service Specialist for the Topeka & Shawnee County Public Library. His areas of responsibility include outreach library services to nursing homes, senior, retirement and congregate living centers; service to homebound library users; the Kansas Talking Books service; Book Group in a Bag program and the history and sports neighborhoods of the library’s nonfiction collection.