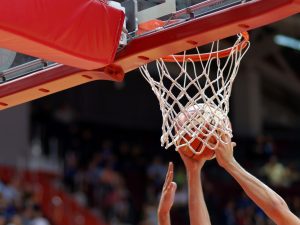 Autumn is my favorite time of the year. The leaves are falling, the temperature is getting colder and college basketball is about ready to start. In Topeka, we are surrounded by some great college basketball programs. Here’s a quick overview of where some of the local teams stand to begin the season. You can click on the name of the school to get their complete schedule.

The Washburn University men’s basketball team hopefully will replicate some of the success they had last season when they finished 20-10. There will be a new look to the team since Bob Chipman retired last season after 38 years as head coach. He’s been succeeded by former University of Kansas basketball player Brett Ballard. The Ichabods return with senior forward Brady Skeens who is pre-season honorable mention All-American.

The Washburn University women’s basketball team will try to improve on last year’s 17-12 record. It is head coach Ron McHenry’s 18th year in charge. This year’s team is very young and they only return one starter, Reagan Phelan.

The Kansas State University men’s basketball team is led by sixth year head coach Bruce Weber. Last year’s team went 21-14 losing to Cincinnati in the first round of the NCAA Tournament. They return with starters Barry Brown, Kamau Stokes and Dean Wade who definitely want to improve upon that record.

The University of Kansas men’s basketball team had a great season last year going 31-5 but they lost to Oregon in the elite eight of the NCAA Tournament. This year they will be competing for their 14th Big XII title in a row. They start the year ranked third in the country. A lot of different faces will be on this year’s team with only one returning starter, Davonte Graham. They have already played in one pre-season game beating Missouri 93-87 (a fundraiser for hurricane relief).

The University of Kansas women’s basketball team is led by third year head coach Brandon Schneider. They hope to improve upon last year with seven returning players from a team that went 8-21, only winning one Big XII game.

Enjoy this college basketball season whether you are watching the games on TV or traveling to watch the games live. In case that isn’t enough here are some great basketball book recommendations to keep you entertained in between the games.

Megan is a Public Service Specialist in the Library's Red Carpet Department. When not delivering books to the local community, she loves to read spy novels and any historical non-fiction she can get her hands on. She is also an avid fan of college basketball and soccer.