It’s that time of year – days are getting longer and warmer, and college basketball season is reaching it’s peak. In fact, some of the conferences have already begun their tournaments that will determine who will make it to this year’s Big Dance. Just in time for what I consider to be the best time of the year, I’ve put together a list of books and DVDs that will get you ready for March Madness: 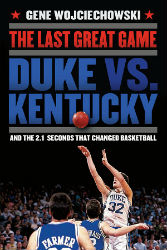 The Last Great Game: Duke vs Kentucky and the 2.1 Seconds that Changed Basketball Forever by Gene Wojciechowski

I don’t know if this game changed basketball forever, but it was certainly the greatest college basketball game I’ve personally ever seen. The quality of play was unbelievable, and it was truly the ultimate “team with the ball last wins” game. The book is more than just this game, however, as you also learn about the players who participated in it from both Duke and Kentucky. 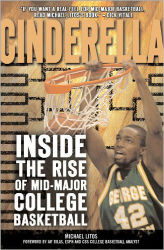 Cinderella: Inside the Rise of Mid-Major College Basketball by Michael Litos

Embark on a journey through a season in the Colonial Athletic Association, culminating with George Mason’s improbable run to the 2006 Final Four. Interestingly, Litos was writing this book just to show what a season in a mid-major conference was like and it ended up coinciding with the miraculous George Mason run. 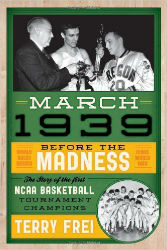 March 1939: Before the Madness: The Story of the First NCAA Basketball Tournament Champions by Terry Frei

Want to know what the NCAA Tournament was like back in the day, before all the Madness? Terry Frei’s book takes you back to 1939 where you learn about the Oregon Webfoots, winners of the very first NCAA Tournament, and how many thought the Tournament would be a one year flash in the pan. 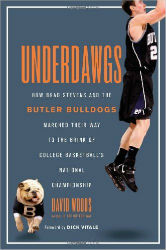 Underdawgs: How Brad Stevens and the Butler Bulldogs Marched Their Way to the Brink of College Basketball’s National Championship by David Woods

While George Mason made a run all the way to the Final Four, Butler took it one step further, coming within a Hail Mary heave at the end of the game of winning a national championship as a mid-major school. Woods chronicles their run, which interestingly was the first of two consecutive trips to the national championship game for the Bulldogs. 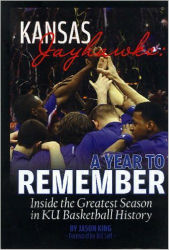 Kansas Jayhawks: A Year to Remember: Inside the Greatest Season in KU Basketball History by Jason King

Want to relive the historic 2008 Kansas Jayhawks National Championship season? King takes you inside one of the greatest teams and seasons ever seen in KU basketball, from the very beginning all the way up to their dramatic victory against Memphis in the final. 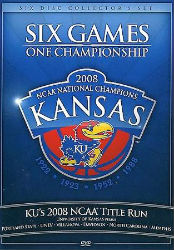 After you read Jason King’s book listed above, you’ll probably be in the mood to watch all six games KU won on their way to the NCAA Championship. While the Jayhawks’ victories over Memphis and North Carolina in the Final Four will probably be the highlights, their Elite Eight victory over Davidson was a great game as well, and an opportunity to see a young Steph Curry flashing his enormous potential on the court.

Don’t forget to fill out a bracket in the library’s Bracket Challenge at bracket.tscpl.org, which will be up on Selection Sunday. Also, the library will again be showing live tournament games on the opening Thursday, Friday, Saturday, and Sunday. If we’re open, and games are being played, we will be showing them on our big screen!