To a baseball fan, nothing is anticipated more than Opening Day. Opening Day begins a long season of 162 games that stretches from the first days of spring through a hot summer, and ends as the leaves begin to fall in early October.

This year’s Opening Day (April 3rd) will be my 61st Opening Day – all of them rooting for Kansas City. I was born in the 1st week of April 1955, and the Kansas City Athletics played their first game that same month. The A’s won 6-2 over the Detroit Tigers – the same day my parents brought me home from the hospital.

Since April 1969, I have been a fan of the Kansas City Royals. The first thing I do every January is to check when Opening Day is scheduled. Then I start scheming  how to score some tickets to the game. I haven’t been  every year but I have witnessed more home openers than I have missed.

Thanks to Baseball Reference (and my memory), let me share some of the more memorable opening day moments of the Kansas City Royals.

April 8, 1969: The first Royals game ever. Baseball returned to Kansas City after a one year absence. The Royals won 4-3 in 12 innings on a walk off pinch hit single by Joe Keough. It was all downhill from there for the 1st Royals hero. Later that year, he endured a 0 for 30 hitless streak. I was there when he broke the streak. As he accepted congratulations from the 1st base coach, he was promptly picked off 1st base by the pitcher.

April 10, 1973: The Royals christen their brand new state of the art stadium. A sell-out crowd saw the Royals defeat the Texas Rangers 12 to 1. In spite of the beautiful new stadium and state-of-the-art scoreboard, what most people would tell you who attend the game was how cold it was that night. It was 39 degrees at game time. Brr!

Opening Days 1981 and 1986: The Royals lost both of these home openers. They are memorable because of what happened before the game. Opening Day 1981 saw the team raise the American League Pennant. When the team was being honored, a thunderstorm struck the stadium and the flag became stuck at half-mast for most of the game. On Opening Day 1986, the World Championship banner was raised. Little did those who saw this know that it would be the last time a banner would be raised over Royals Stadium for 29 years.

A couple other interesting opening days include:

The team hit rock bottom in April 2012 when the Royals were behind 8 to 0 before they even made an out. After that, it was really hard to root for my favorite team. I had grown into my 60’s and the only constant for the Royals was bad baseball. 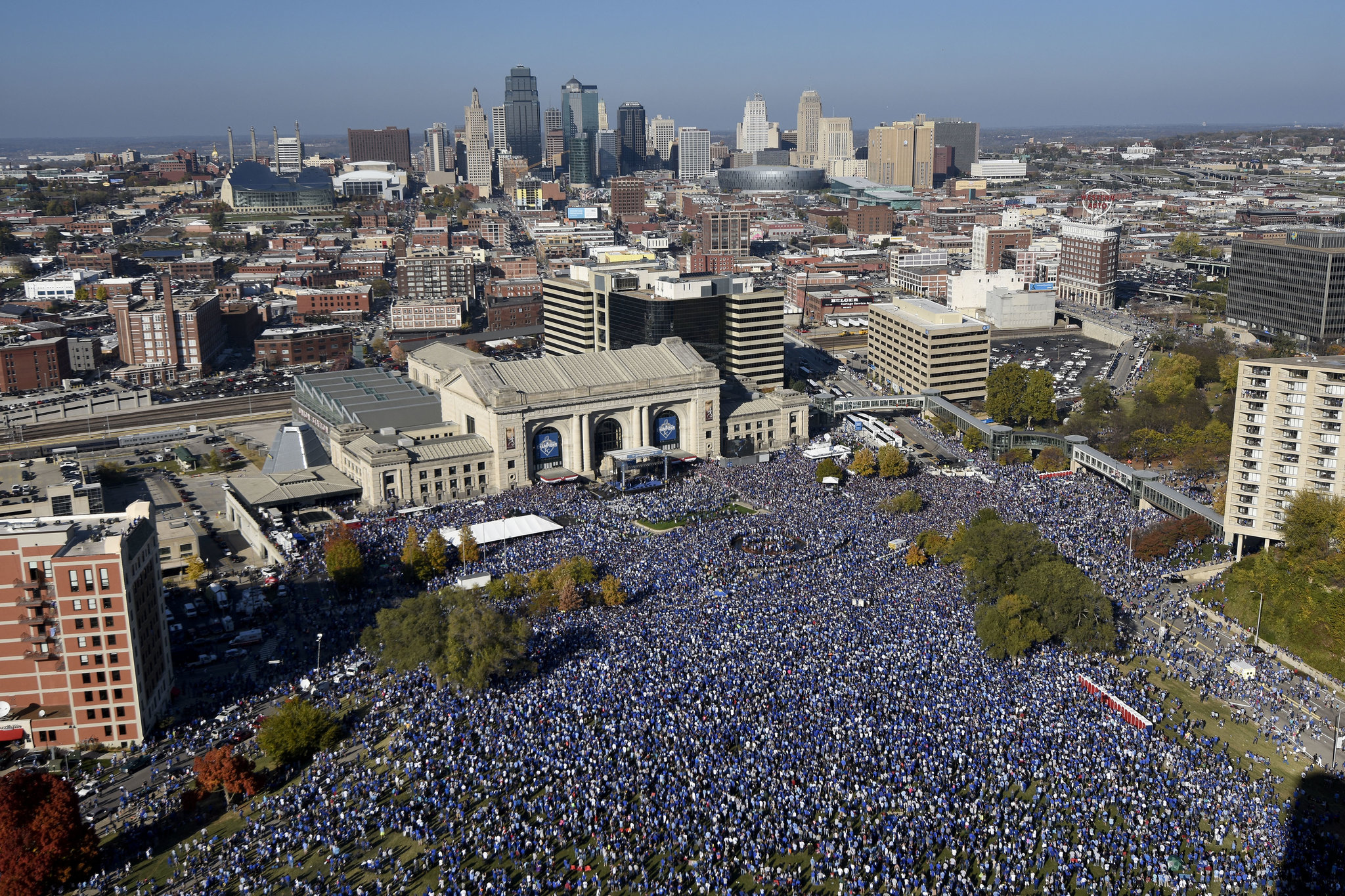 Then suddenly over the past 2 seasons everything changed – and so have the memories. In 2014 the Royals suddenly became great again. For the first time since the 1985 season the Royals and their fans celebrated a championship. I was there, a tear in my eye, cheering like crazy as the American Pennant was raised.

Everyone hoped that 2015 would be the year to win it all again. And it was. An incredible season full of memories unfolded.

As for Opening Day this year, the past has never been brighter. For the 1st time in 29 years, the Royals will raise the world championship banner again. No matter what the upcoming season holds, time will move ahead. New memories for baseball fans will be made. New heroes will emerge, old heroes will move on.

Opening Day is definitely a time when amazing things happen, and fun memories will be created.

Read more about my favorite team (the KC Royals) here!