Phil S. Dixon’s baseball journey began in a Kansas City neighborhood during a much different time. The Major Leagues were expanding for the first time since their inception, opening up play west of St. Louis. The New York Yankees encountered their first slump in nearly 50 years. A pack of baseball cards, costing only a dime, came with a stick of gum. Dixon has seen considerable changes to the game he loves, but one thing that hasn’t changed is his passion. 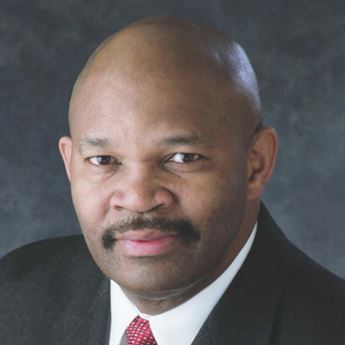 Like many young boys of the period, Dixon’s earliest interest was in baseball cards. He grew his collection while neighbors listened to games on their transistor radios. When he saw neighborhood kids playing on the local playgrounds Dixon wanted to join them.

“We had a community baseball team in my neighborhood,” said Dixon of his team, the Terrace Tigers. “We only had blue jeans, white t-shirts and a blue hat, yet it felt like a real uniform. Other communities had teams and we would travel to their neighborhoods to play.”

It was while playing for the Tigers that Dixon met Reggie Smith of the Boston Red Sox. Smith was in his rookie season with the Sox. While in K.C., Smith visited his cousin, a player on the Terrace Tigers. He came to see one of their games and gave the young players a pep talk. That year, the Red Sox played the Cardinals in the World Series. “I was so excited watching Smith on my television,” said Dixon. From that point on, Phil Dixon was completely hooked on baseball.

Turning Passion Into a Career

Dixon amassed a wealth of baseball knowledge, memorizing facts and statistics. By the end of his teens, he’d collected more than 100,000 baseball cards. He began to write freelance articles for the Kansas City Call, which led him to a position in public relations with the Kansas City Royals. In 1990 Dixon co-founded for the Negro Leagues Baseball Museum. Two years later, he released his book, The Negro Baseball Leagues, a Photographic History, which won the Casey Award for “Best Baseball Book” of 1992.

For more than 30 years Dixon has shared his knowledge about baseball. He continues to write, contributing to historical journals in addition to writing his own books. Recently he completed

a 200 city tour speaking about the Negro Leagues in an effort to improve race relations.

“Amazingly, I drove the entire route just as the barnstorming Negro League teams did for generations.”

It’s not the first time Dixon traveled the country. Before settling down to a career as baseball ambassador, Dixon toured with a funk band as a trumpet player. When asked about his interests outside of baseball, Dixon mentions music, geography and the American landscape in general.

Dixon remains busy with a new bookThe Dizzy and Daffy Dean Tour, Race, Media and the National Pastime being released in August. He’s also completing a movie script based on one of his books and beginning work on a book about his 200-city tour to be released in 2020.

Hear Phil Dixon share his expertise on the Kansas City Monarchs at the library on Tues, March 12 at 7 pm. Sponsored by Humanities Kansas, this event will also feature a Q&A session and a book signing. Join us for this and other 2Book Topeka events.