The roots of the great game of baseball run deep throughout Shawnee County.  While baseball is referred to as the American Pastime,  it is more than a pastime to many families and players who participate.  It would be an impossible job to even estimate the  number of players, coaches, managers, umpires, sponsors and fans who have shared in this passion over the years.  http://www.sncobaseballhof.org/timeline4.html

For over a 150 years the game has been played at every imaginable level of competition amateur and professional in parks, backyards, and school diamonds. From Dads playing catch with their child in the backyard, watching the very young kids play T-Ball at a field sponsored by the YMCA, the countless Recreation teams and leagues in parks all over the county, to the old-timers playing ball in the Fireball League.  In fact 215 players have passed through Shawnee County on their way to the major leagues.  Granted this is partly due to the fact Topeka over the years has had several minor league teams.  But notables like Ken Berry, Mike Torrez,  Jared Head, and Aaron Crow grew from the fields of Topeka to the games highest level.    http://www.kansasmemory.org/exhibit/baseball/items

To recognize the rich impact that the game has had on our community the Shawnee County Baseball Hall of Fame was establish.  The Hall of fame recognizes the contributions of Shawnee County individuals and organizations.  The 2015 Class was announced and will be inducted into the Hall of Fame on July 13th at Bettis Family Sports Complex.  The induction ceremony is open to the public tickets are available by calling Shawnee County Parks and Rec at 785-267-1156. 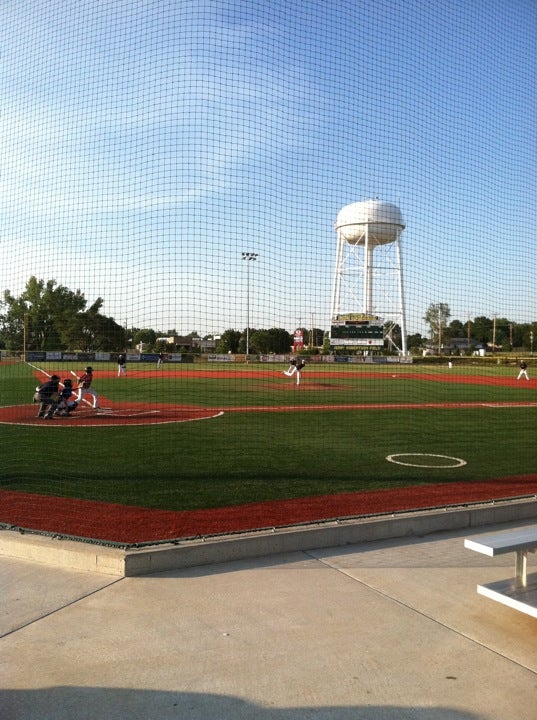 Here is the list of this year’s inductees, with a brief biography.   You can find out more about the Class of 2015 at the organizations website.

Gil Carter a player known for the longest homerun ever recorded.  While playing with the Carlsbad Pothashers in 1959 Carter hit a homerun that travelled 733 feet.  Carter was signed to play professional baseball by the legendary Buck O’Neil.  Carter played 3 seasons of minor league baseball in the Chicago Cub organization, and numerous years as semi-pro baseball player.

Dick Cooley, played for 5 major league teams between 1893 and 1905 with a batting average of 294 with over 5,000 career at bats.  As a manager Cooley’s Topeka teams brought Western Association championships to town in both 1906 and 1908.

John “Big Dawg” Deedrick, probably the most unsung yet important part of the game is the man in blue.  The umpire. If they do the job correctly you never notice them.  Calling balls and strikes, and close calls on the bases, the umpire keeps order in the game.   Deedrick has been an umpire for over 50 years including games played at High School, College, and Legion baseball.

Bob Hentzen produced more than 8,500 columns for The Topeka Daily Capital and Topeka State Journal, ranging from the Super Bowl to the World Series to his beloved Washburn Ichabods.   He continued to write one column a week until his death in 2000. To enjoy some of his writing visit link.

Highland Park baseball Association, the organization marks this year its 75th Anniversary.  Throughout its history the program has provided a chance for the youth of Topeka the opportunity to experience organized baseball.  Countless parents, volunteers, coaches and players have benefited.

This a very worthy and varied group of inductees congratulations to them all.  It shows just how deep the game of baseball is embedded in our community.  Finally I wholeheartedly encourage you to visit the Hall of Fame’s excellent website.  The site is full of links and interesting articles and information about our local baseball history.  Before I close here is one  little snippet to whet your appetite.

August 24, 1960 — Cal Ripken, starting catcher for the Fox Cities Foxes, drove in the go-ahead run in the tenth inning of a Three-I League game at Community Ballpark against the Topeka Reds. On that same day, nearly 1200 miles away in Harve de Grace, Maryland, his wife Vi delivered the couple’s first son, Cal, Jr.

Again congratulations to the Shawnee County Baseball Hall of Fame, class of 2015.