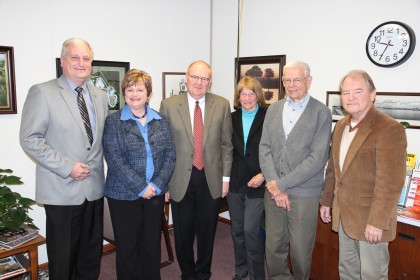 The Topeka and Shawnee County Public Library is upgrading computers in the county’s community center thanks to a partnership with Shawnee County Parks and Recreation Department.

Thirty-six new PCs in the county’s community centers will include Internet browsers, Microsoft Office and resume software. The community centers receiving equipment, including a print station, in 2013 are Rice, Central Park, Garfield, Crestview, Hillcrest, and Oakland. Shawnee North and Velma Paris Community Centers are scheduled to receive computers and printers once a broadband Internet connection is established in those locations.

“The library has no branches, so this is a wonderful way to deploy library services where we feel the library hasn’t been as present as we’d like to be,” said Library CEO Gina Millsap.

The library and county will share the cost of an information technology person to maintain the technology and provide training. The salary and benefits of this position will be split between the two entities.

The Library Board of Trustees approved the memorandum of understanding at its November 15 board meeting, followed by Shawnee County Commission’s approval Nov. 29.